Below is the supposed Criminal Indictment rendered on Dec 22 2017 against the perpetrators of the 911 false flag attack… but I will believe it when I see the public executions that these documents promise.

You will find all the the usual suspects… Cheney, Brennan, Bush Jr, McCain, Muller, Ashcroft, Hillary… but some faces are suspiciouly missing.

It is interesting to note that included are the likes of David Rockefeller, Bandar Bin Sultan of the Royal Prince House of Saud and George Soros while ignoring obvious criminal perpetrators such as Prime Minister Benjamin Netanyahu of Israel for his role in the attack… let’s not forget the Dancing Israelis on 911!

Also missing from the list is traitor and serial liar General Colin Powell as well as WTC lease holder and traitor with insider knowledge of the attack, Larry Silverstein.

Oh well… pass this around but don’t hold your breath.

Criminal Indictments 9/11 Attack on America- The Names Will Shock The Nation! 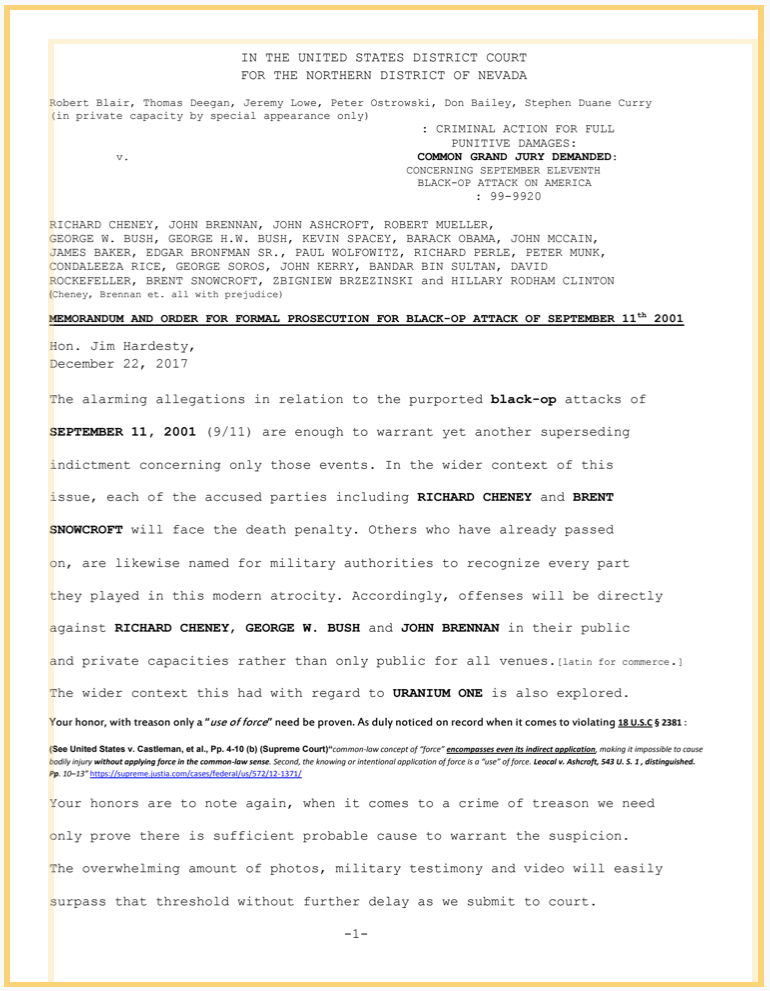 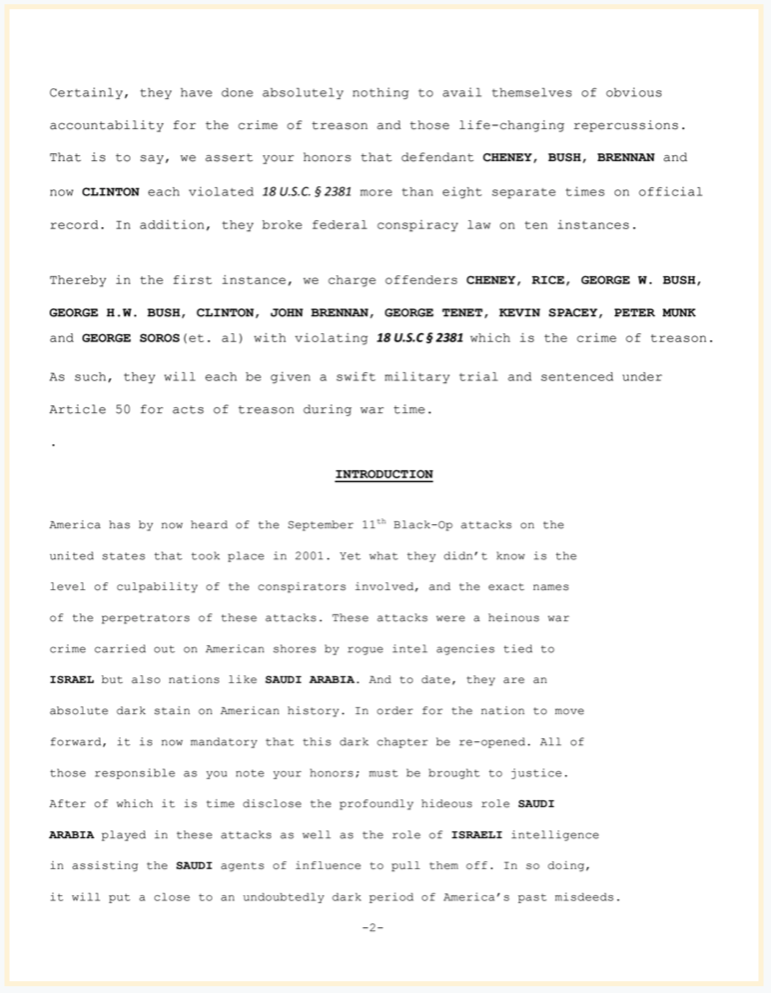 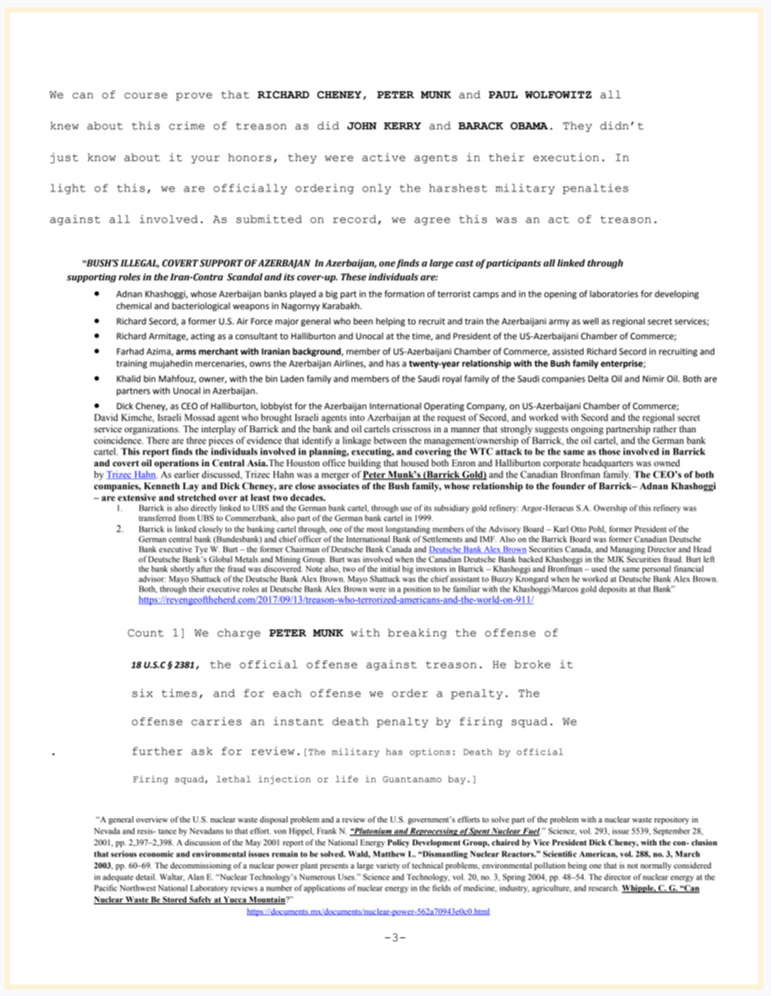 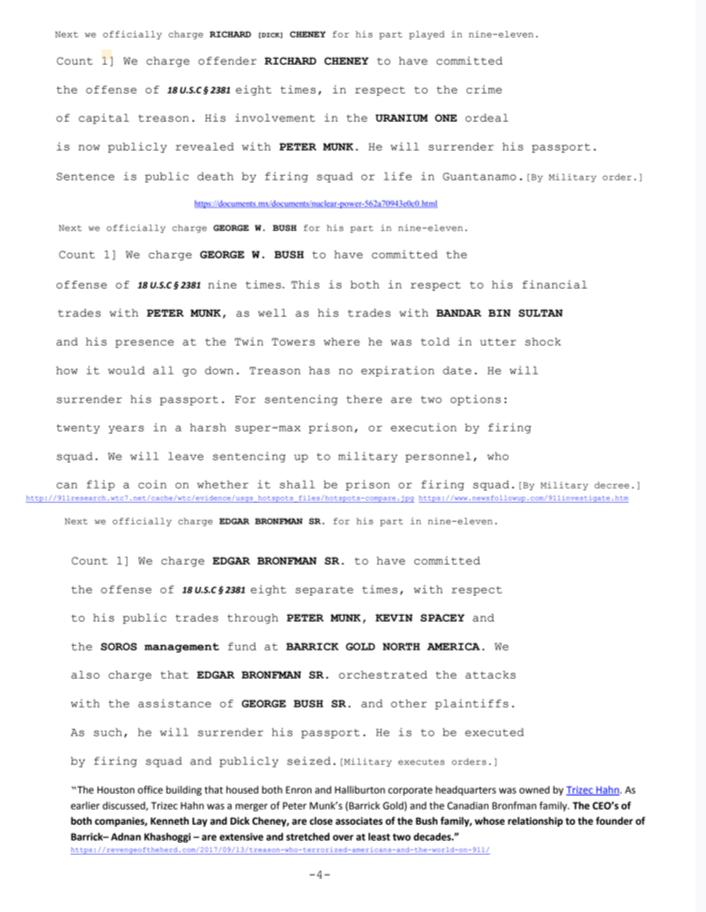 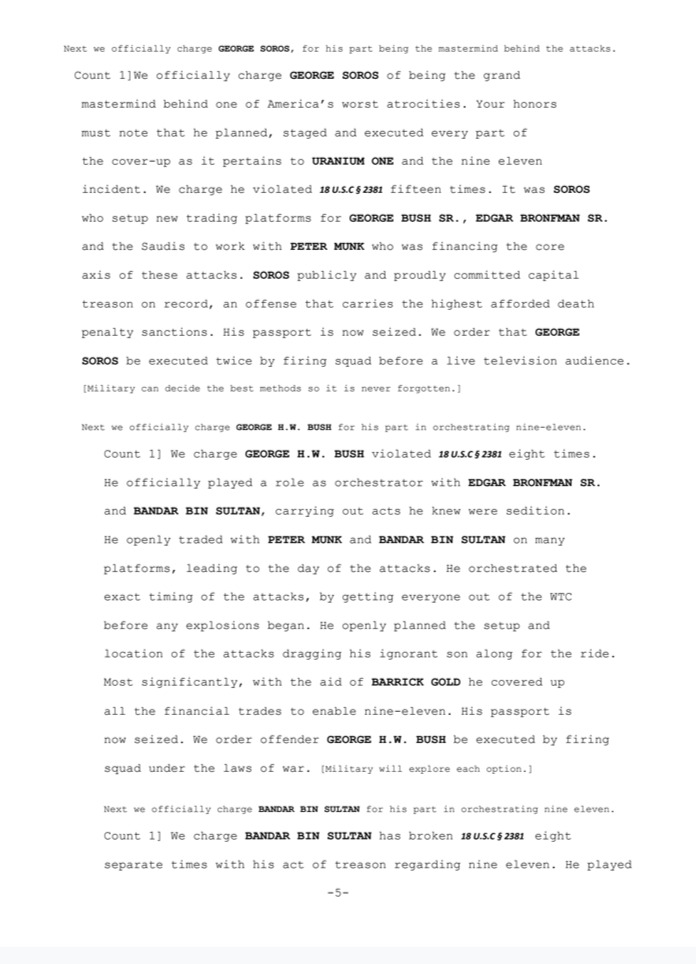 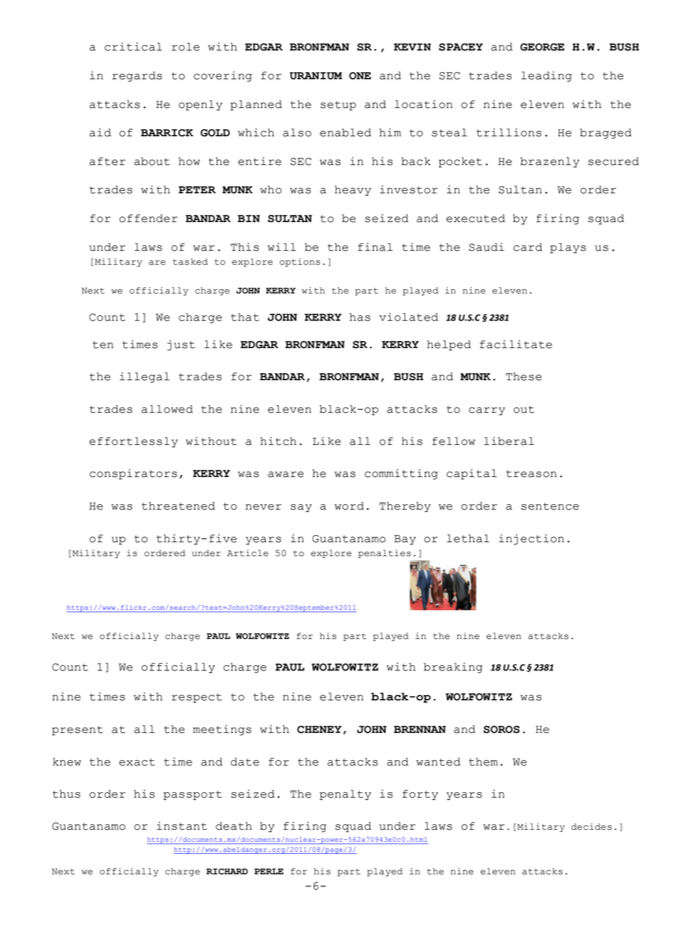 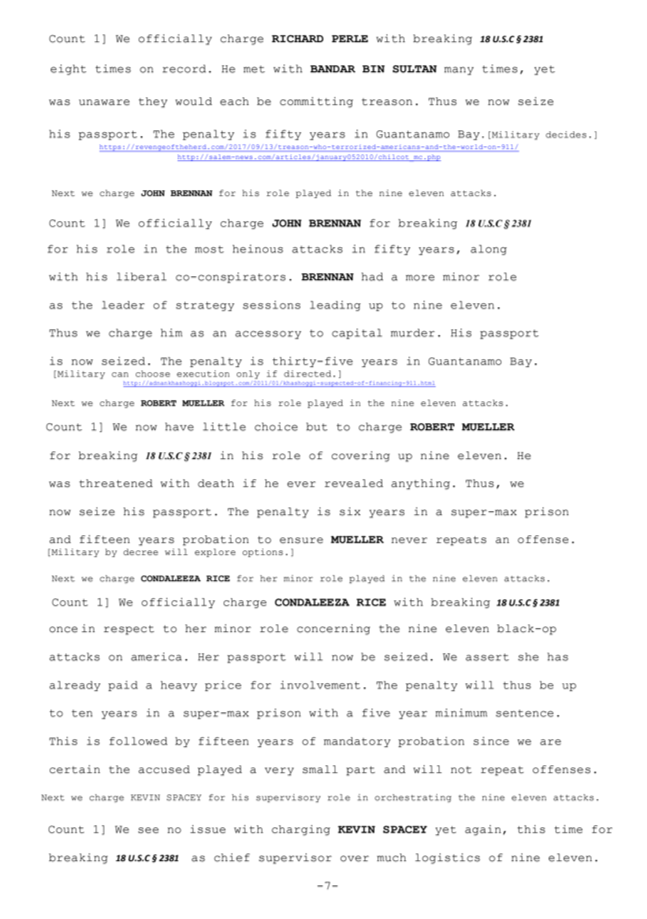 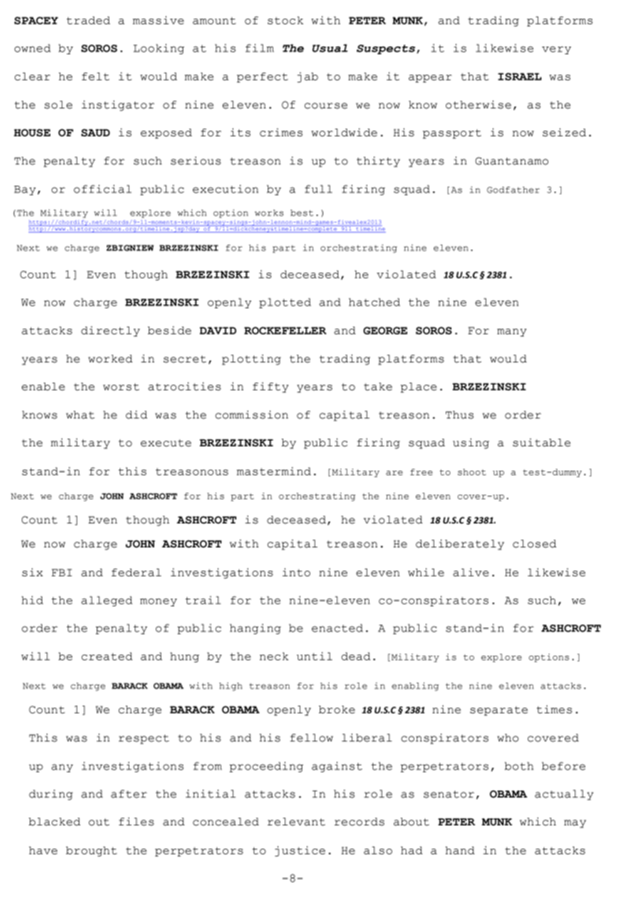 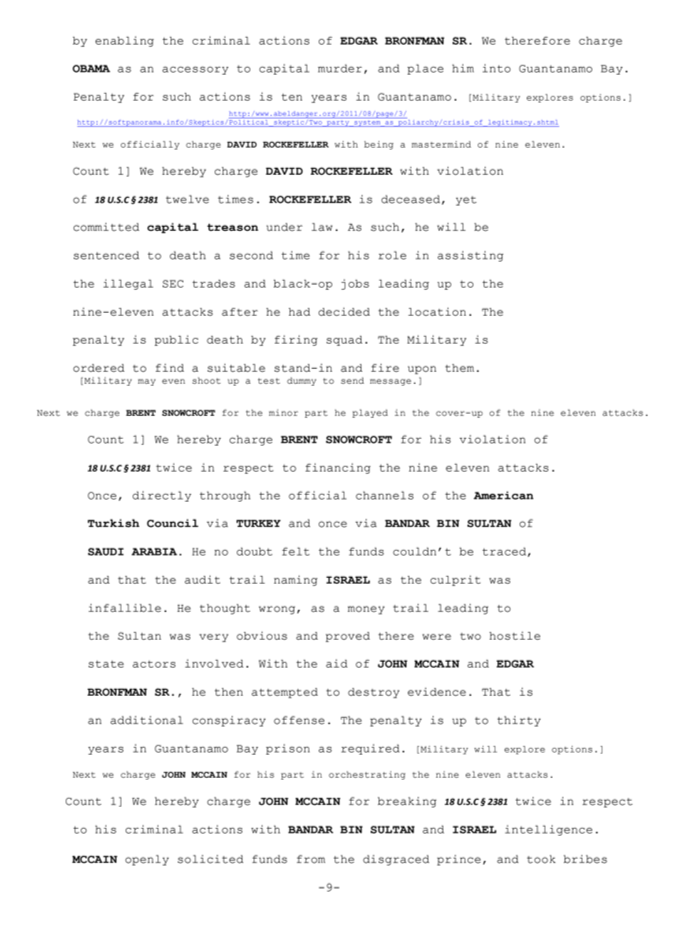 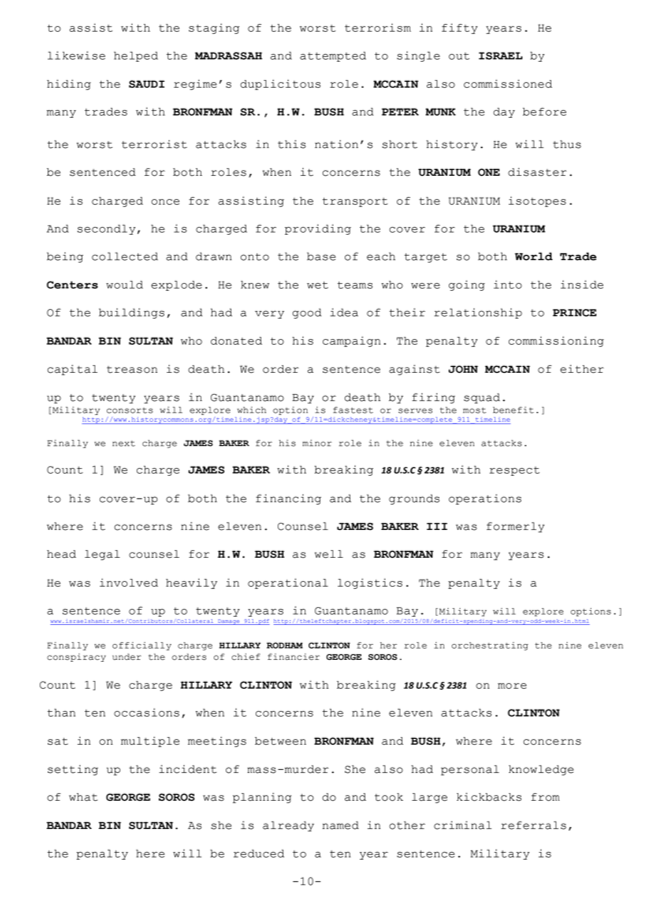 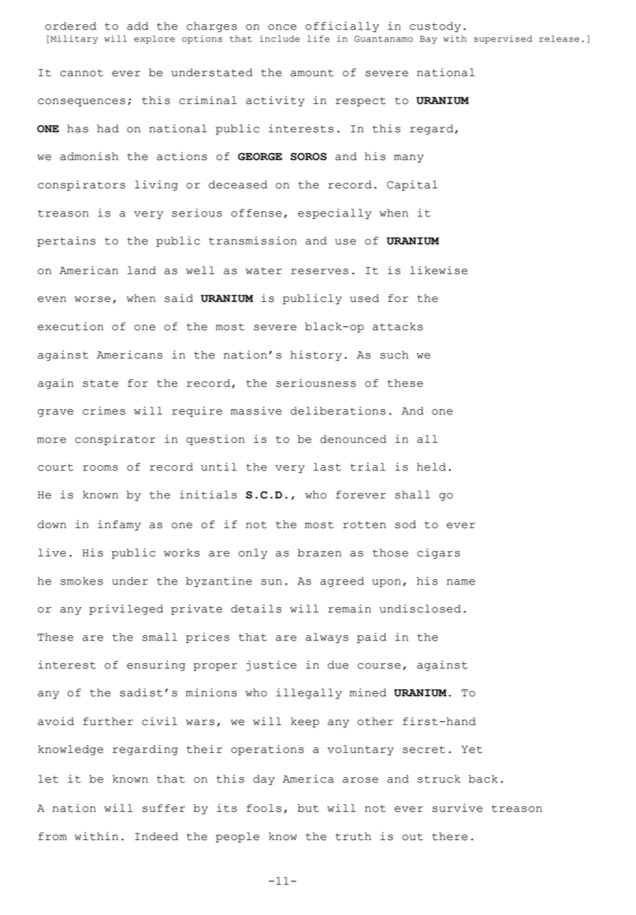 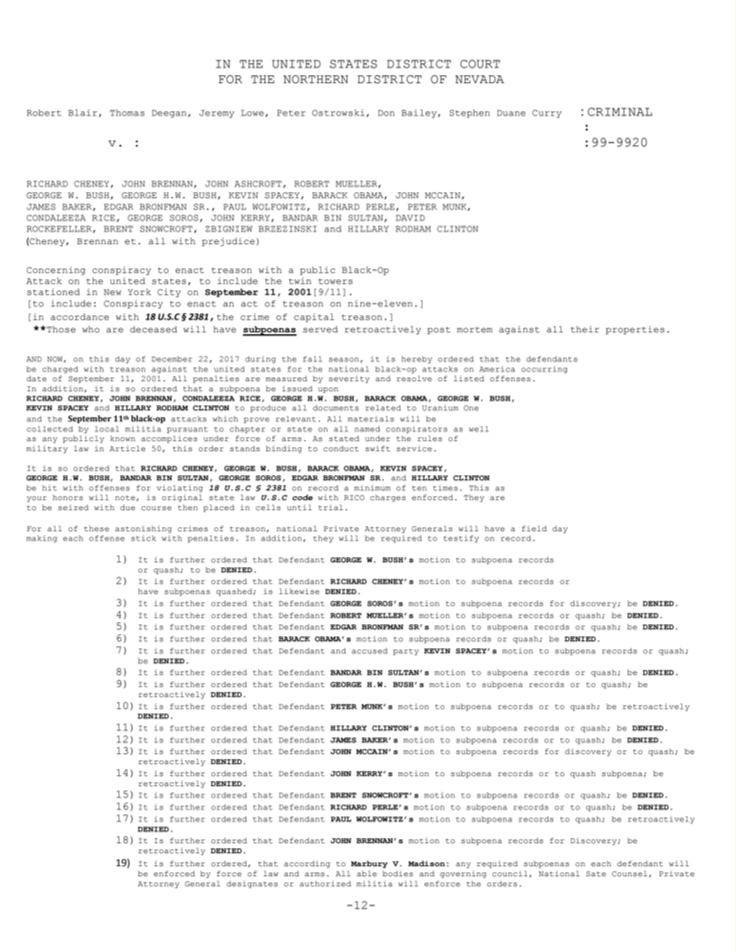 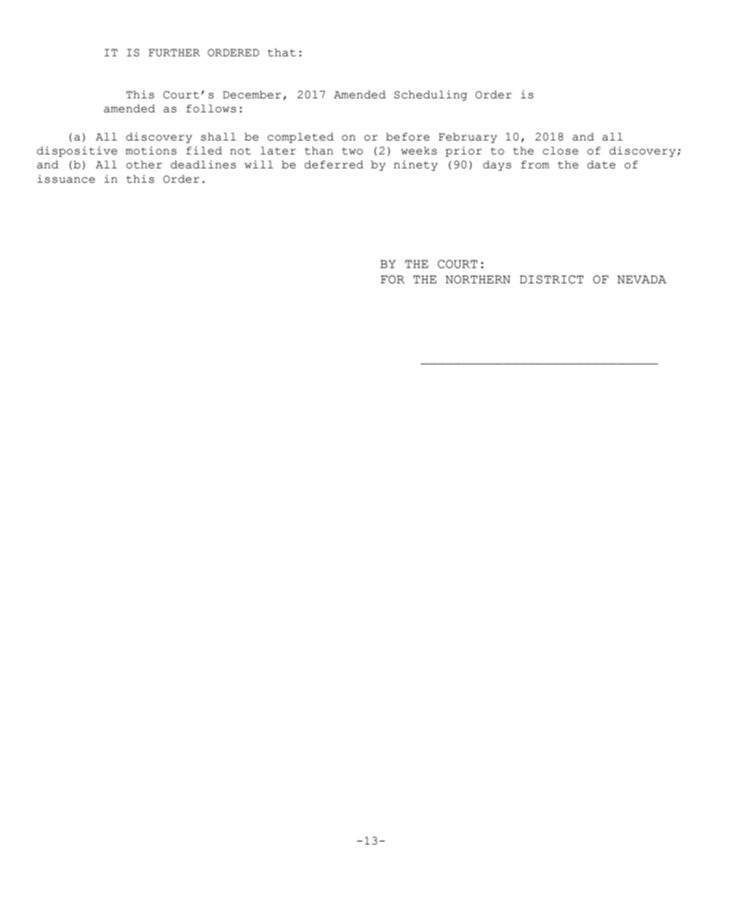 NO PLANES HIT THE TWIN TOWERS

This is one of the doctored videos they showed us.

And yet in the original video one can clearly see that

no plane hit the tower before the explosion!

for their part in the treasonous desemination

of the false 911 narrative and doctored videos.

Find out more about the 911 lie here