The United States economy is a much more fragile thing than most people realize. Even though it is the most robust economy today, it can be taken down in a moment. Keeping the economy intact is a constant balancing act, like trying to keep any number of balls in the air at one time.

Truth be told, nobody fully understands the economy, not even those who make their living explaining it. That’s mostly because the American economy is too complex, with too many interrelated parts, for anyone to keep track of it all. Financial professionals, who are supposed to understand it, focus on individual companies or their stocks, as well as trends, extrapolating pronouncements about whole sections of the economy from those examples.

Yet, the American economy is the most robust economy in the world, impacting the economies of all other countries. When things go good in the USA, they go good for the world; but when they go bad, it affects the whole world too. We saw that when we were in the 2008/2009 recession.

Now it looks like we may be heading into another depression. Financial gurus have been predicting this for years and now it seems their predictions will come true. If that’s the case, you and I need to be ready to provide for all our family’s needs, even without the benefit of a regular job.

It’s important to note that even in a depression, there will still be an economy, with many people working. The Great Depression of the past century saw a maximum unemployment of 24.9 percent. While that is plenty serious enough, with some people still working, there are still people to buy products and pay for services. It will just be a matter of finding those people and figure out what we can do for them.

As a prepper, you’re already the self-sufficient sort, who has a variety of skills available to you. The question then becomes, what can you do with the skills that you have, in order to make money?

Make the Most of Your Garden 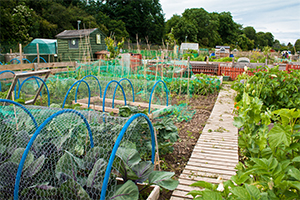 As a prepper, whether or not you have a homestead, you’re probably one of the few people around who actually has a vegetable garden in their back yard. This skill, which is so central to who we are as preppers, is something that society at large has forgotten how to do.

Gardening to people outside the prepping community usually means growing flowers, not anything they can eat.

During any financial crisis there are shortages. Amongst the most common of these is food. It’s not that food doesn’t exist, it’s that food doesn’t make it from the farms to the store shelves. Food therefore becomes an extremely valuable barter item, which can be traded for other necessities.

Speaking of food, there are always people who need it. While a depression is hard on the economy and people lose jobs, people have to eat. If there is one sort of business that is likely to be secure in such a time, it is providing food to people.

The key is going to be finding some way of providing food, which is going to be unique enough that people will be willing to pay for it; not the people who are out of work, but those who are still working. Since they will all be working hard, probably working overtime, providing meals that are delivered to their home is enough of a hook, that you should be able to garner some good business.

Another key to making this work is if you can provide some sort of food that is not readily available, especially some sort of unusual ethnic food, which is not commonly available in your area. People will often pay a premium for that, just because it is different.

Of course, you could provide meals for pickup from your home as well, but that would require them coming to your home to pick those meals up. While that might work for some, it isn’t as attractive an offer to others and doesn’t set you apart from services that restaurants offer.

Turn Your Survival Skills Into Money 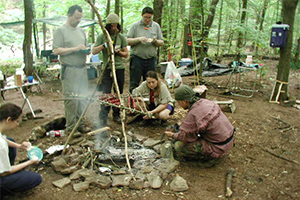 With so many people out of work and struggling, people will need to learn new skills, specifically the skills that you know as a survivalist.

All you need, is a venue to work with, preferably one that can also attract the kind of people who need to know what you have to teach.

That means either working with your city’s municipal government or a non-profit organization in your city. While non-profits don’t usually pay all that good, they will appreciate what you have to offer and will probably provide some other benefits to you.

There’s a good chance that the next depression will come out of the Coronavirus pandemic. People are expecting it to be over soon, allowing them to go back to life as normal. But the reality is, this disease is going to be with us for a long time. Chances are that we’re all going to have to make some lifestyle changes, to keep ourselves well.

One of those changes might very well be that we all need to go around masked on a regular basis. With that being the case and considering how much of a problem masks have been, you could always make masks to sell. As time goes on, expand that out, seeing what other accessories you can make for people. 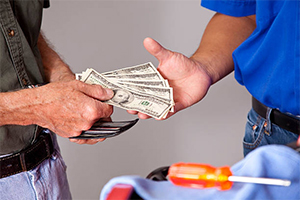 During a depression or other economic crisis, even the people who are working generally have less disposable money available to them, than at other times.

Taking this idea a step further, provide your service to them at their home or place of work. Many people don’t have the time to take their car to the shop to be repaired and would love to have their mechanic come to their home. My mechanic does that and I love it.

Cars aren’t the only thing that people will be wanting to save money on. For years now, we’ve lived in a disposable society, where people are accustomed to throwing things away and replacing them, once they don’t work anymore. But when money is tight, people are more interested in repairing those items, rather than replacing them, even if it just saves them a few dollars. Anything to save money is worth it.

Yet few people know how to make those repairs anymore. The day of the handyman is largely lost, especially people who can make general repairs. You can find people who can repair your cell phone, tablet or computer but that’s about it.

Often, repairs for small appliances can be made by cannibalizing one to get the parts you need for another. So part of providing general repair services is building up a stock of broken stuff that you can steal parts out of. I’ve known people who go dumpster diving regularly, checking people’s trash cans for things they’ve thrown out, just so that they can run this sort of business.

Be a Contractor or Freelancer

More and more companies are using contract labor, especially for work that they need done, but where they can’t justify creating a full-time position. That trend will be even more magnified during a time of economic hardship, when companies need work done, but aren’t willing to run the risk of hiring people to fill positions.

The big advantage to companies in hiring contractors or freelancers is that they don’t have to pay for office space, social security or benefits. In exchange for that, many will pay contractors rather well, making it good work to get. Of course, in the midst of a depression, any work you can get is good work.

If you’re just about any type of professional and you’re good at what you do, you can always find work as a contractor. Working for several companies at a time gives you flexibility and some financial security, even in times where there isn’t much security to be found. 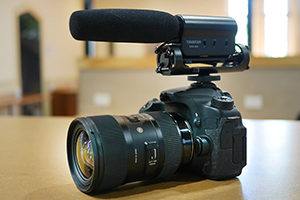 Speaking of teaching what you know about survival, YouTube is a great way of monetizing your knowledge.

Don’t just limit yourself to survival either; people start YouTube channels, teaching all sorts of things. There are probably people out there who want to know just about anything that you know. So figure out a format to teach them which will be interesting and entertaining and start recording.

The people who do the best on YouTube are usually ones who produce quality videos, even though they aren’t “profession” grade ones. That means good clear shots that show what you need to show, good lighting, good audio and that you are able to talk about the subject without a lot of pauses to say “Uhh” in all its various forms. A little planning and a little practice will go a long way towards making it so you can speak, without those annoying “uhs.”

Anyone who has had kids is capable of caring for kids. So why not offer day care service with a twist? Since you’re probably going to be armed anyway, to protect yourself and your own kids, let people know that your day care service is a secure environment, where their children will be protected.

Babysit Pets for Those Who Are Hospitalized

Another thing that goes with the problem of the pandemic is that there are people being hospitalized who have pets. What do we as a society, do about those animals? If the patient has family, that’s one thing; but if not? They need someone reliable, who loves animals, to take care of theirs.

You’d be surprised how much animal care costs these days. You can make a fairly good living, taking care of a few pets, while still being mostly free to explore one of those other ideas up there. Sounds a bit like the best of both worlds to me.

You’re probably thinking that you aren’t going to have enough electricity for your own needs, so how can you sell electricity to others? I get it. Solar panels really don’t put out a lot of electricity, unless you’ve got a lot of them. But I’m not talking about powering someone’s home. Rather, I’m talking about using your electrical power to charge cell phones and other portable electronic devices.

If current conditions are any indicator, people will probably still have their phones, no matter how much they’re struggling financially; and they’re going to need them charged. Providing that service might not make a lot of money; but it can fill in the gaps.

So, what else can you think of, which I missed off this list? The possibilities are literally endless, for those who have skills and a bit of imagination. What’s your idea?