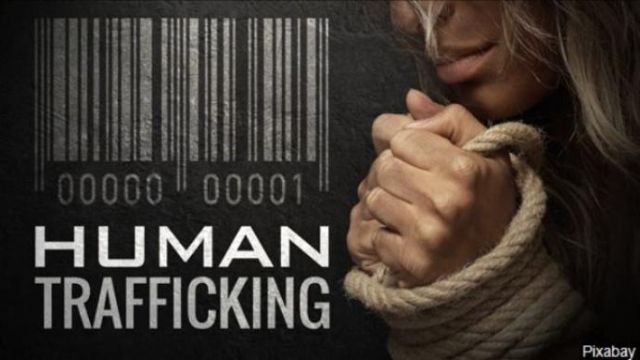 Human trafficking has become so pervasive in America that Donald Trump created an entirely new position to tackle it. The practice has been swept under a rug for far too long in politics, underneath partisan issues like racism, gender equality, and politics-as-usual.

The White House estimates as many as 24.9 million victims of human trafficking around the globe. These unfortunate individuals are typically female and about a quarter of them are children. The top US states for incidents of human trafficking are California, Texas, and Florida, and are many times greater than any other state. It’s not surprising that two of the three are located at the border.

By a new executive order, President Trump signed into law on Friday a new position specifically designed to fight the onslaught of human trafficking that plagues America today. The statute brings various government departments together, including the Department of Homeland Security (DHS), the Justice Department, and the Department of Education, to fight human traffickers and prevent the practice from happening in the United States.

“From funding for prevention education programs, to enhanced intelligence-level coordination, to fighting child pornography, to a new full-time position within his White House’s Domestic Policy Council, the president is using all tools at his disposal to ensure that the end of modern-day slavery becomes a reality.” – Ivanka Trump

Democrat and Republican presidents both have a history of fighting human trafficking, but never to the true scale of the problem. Donald Trump is the only president willing to push this issue into the forefront of daily conversation, where it rightfully belongs.

The Trump administration has published multiple reports of their accomplishments in fighting human trafficking. During his time in office, nine human trafficking victims were appointed to an advisory council, January 2018 was declared “National Slavery and Human Trafficking Prevention Month”, border security has been drastically improved, and the President signed several executive orders to help fund the prevention human trafficking.

Some critics of Trump argue that increased border security and restrictions on illegal immigration and refugees aids human traffickers by discouraging victims to come forward out of a fear of legal action against them.

But the truth is that human trafficking happens within all avenues of human life. Plenty of otherwise “ordinary” people are involved with human trafficking, but this disgusting practice goes all the way up to the highest levels of government. The most recent example is sex predator Jeffrey Epstein, who took Bill Clinton and many other high-profile politicians to his private island and allegedly soliciting sexual favors from underage girls.

David Icke has been detailing the child sex abuse that has gone on within the British royal family and political elites for decades. He was laughed at in his early years, but now that this information has gone viral even in mainstream news, he’s been vindicated on many accounts.

As both low-level traffickers and many political elites continue this abhorrent practice with unmatched arrogance, let’s hope that Trump is true in his effort to eradicate human trafficking from the entire planet.

“I want to make it clear today that my administration will focus on ending the absolutely horrific practice of human trafficking and I am prepared to bring the full force and weight of our government … In order to solve this horrific problem.” – President Trump, Feb. 23, 2017

Phillip Schneider is a student as well as a staff writer and assistant editor for Waking Times. If you would like to see more of his work, you can visit his website, or follow him on the free speech social network Minds.

This article (Human Trafficking is so Bad in America that President Trump Just Created a New Official Position to Stop It) as originally created and published by Waking Times and is published here under a Creative Commons license with attribution to Phillip Schneider and WakingTimes.com. It may be re-posted freely with proper attribution, author bio, and this copyright statement.


Source: https://www.wakingtimes.com/2020/02/11/human-trafficking-is-so-bad-in-america-that-president-trump-just-created-a-new-official-position-to-stop-it/
BeforeItsNews Announcements
Step 1: Get the Telegram App & Get Stories Direct to Your Phone or Computer Without Censorship! Get the Telegram App in the App Store or at
https://telegram.org/

Loading...
"Not by might, nor by power, but by my spirit, saith the Lord of hosts." Zechariah 4:6
Read it..
BEFORE IT'S NEWS
SIGN UP FOR OUR NEWSLETTER
Today's Top Stories
Sarah Westall: Whistleblower Brutally Beaten, Coronavirus Explained From Chinese Healer, Hired Mercenaries
Q: Hollywood Is Burning! Is Barron Trump Q? Barry's Belated Impeachment? Best Is Yet 2 Come! - Great Video
The History And Mission Of The Nazi-Illuminati Bush (Scher(f)f) Crime Family
Jason A - Unexplainable Events Happening in 2020!
David Abel Exposed As Crisis Acting Freemason On Board Diamond Princess Cruise Ship
Mark Taylor: Q! Gloves Are Off, Fight Is On
Billy Meier Predictions and Prophecies Are Now Being Proved Correct
Worldwide Virus Alert! Millions Infected & Spreading! - Must See Video!
Whistleblower found dead
Q3649: It's Going to Be Biblical! An Epic Response to Mayor Pete Saying We Can't Be Christians! Great Video!
Loading...
Featured
Bombshell Secrets Revealed! Behind the Veil of Mass Deception: Just How Fake Is the [Fake News]?! Great Video!
"Turn Off Your Camera and Step Out of the Car" New York State Extortion Stop
Health Officials Prepare for COVID-19 Throughout USA.
Did a Senior Chinese Military Intelligence Officer Call the Coronavirus a Hoax or Did Dean Koontz Write A 'Novel' Virus Sequel?
The 5G Trojan Horse: What You’re Not Being Told
‘Whom the gods would destroy – they first make mad’ – COVID-19 Hysteria goes global
🚨CORONAVIRUS: Who is Paul Cottrell; an embedded Gov’t Plant / Agent, Zionist Schill (“Snake in the Grass”)?
Whistleblower found dead
Q: You Have Come Far, Anons (Patriots)! You Are Ready! A Public Awake Is Their Greatest Fear! - Great Video
US Now Admitting Coronavirus Has Broken Containment Beyond China! - Great Video!