KYIV, Ukraine, 21 May 2020 (UNFPA)* – Oleksandra’s* ex-husband was waging a quiet war against her, she says, one that escalated under quarantine. 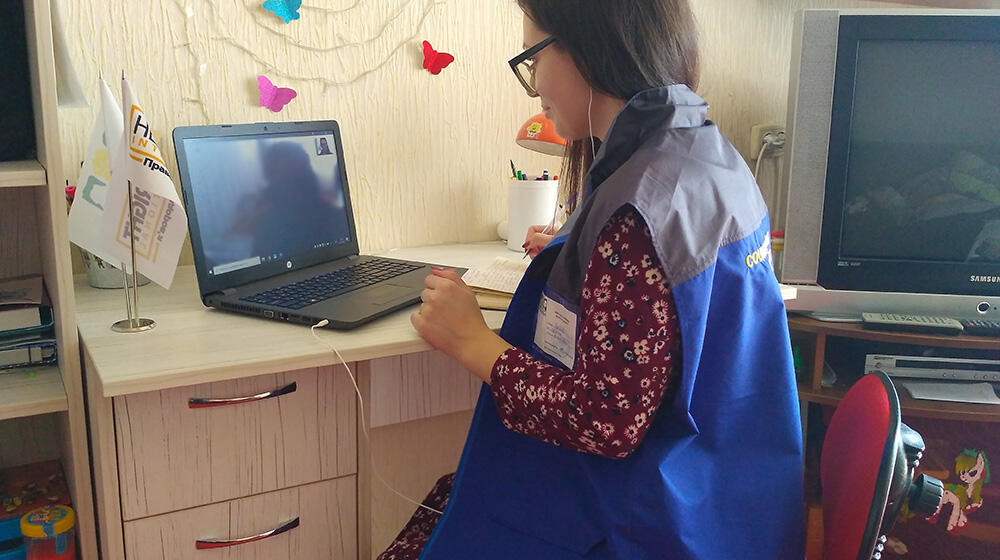 Amid a surge in calls for help, counsellors and police are pivoting to new modes of communication. Image courtesy of Ternovyy Viktor

She lives in the same apartment as her ex-husband and their two children. Sharing that space has always been fraught; she faced constant harassment, humiliation and physical abuse, she said. But after the lockdown, she felt like she had no escape, and she was afraid to seek help, knowing he might eavesdrop on her phone calls.

Many survivors are sheltering in place with their abusers, counsellors and service providers say. In response, they are pivoting to other forms of communication.

“When we follow a client, if she prefers online communication, we will communicate in such way,” said Tetyana Franchuk, a psychologist with a UNFPA-supported mobile psychosocial team in Vyshneve, just south of Kyiv.

Oleksandra was able to reach out the team over the mobile app Viber, and received counselling. Her case is now proceeding through the justice system.

A need for silent services

Since the quarantine started, Ms. Franchuk and her colleagues have been providing services via Skype, Viber, Zoom and phone. Ms. Franchuk says these new platforms have become popular.

“Now some clients even tell us that this way of work is more suitable for them than visiting us, and they want to continue in such way even after quarantine ends.”

The national domestic violence hotline, supported by UNFPA with funding from the United Kingdom, is also providing online consultations, as well as counselling via Skype, email, Facebook Messenger and through its website. Soon, services will also be available via Telegram.

During April, 16 per cent of appeals came through these silent channels, says Alyona Kryvulyak of La Strada Ukraine, the NGO that runs the hotline.

The number of calls to the national hotline  have doubled since quarantine began. But calls to the police, via the emergency number 102, have remained constant, with about 1,600 calls per day reporting domestic violence.

Authorities caution that firm data are difficult to obtain, even under the best circumstances. “When people call 102, they call the police. If they call the hotline, they try to get counselling and psychological support. It is important to distinguish between these points,” said Kateryna Pavlichenko, a Deputy Interior Minister. “Not every case is reported.”

That means counsellors and social workers, like Ms. Franchuk and Ms. Kryvulyak, are working frantically to respond to the massive increase in calls for help.

There are six mobile psychosocial teams in the Kyiv and Mykolaiv oblasts. These teams, supported by the United Kingdom, were originally designed to help current and former combatants manage stress and reduce violence. Today, anyone can reach these teams for help – and the number of appeals has nearly doubled in recent weeks.

“Many questions are related to job losses,” said Ms. Franchuk, who noted they refer callers to services like food assistance. “But the primary issue is psychological domestic violence. Moreover, the number of appeals about physical violence is growing rapidly.”

Experts are also seeing more men reach out for help.

Ms. Franchuk says that some men who had previously been trained to cope with stress are seeing those coping mechanisms break down. “They were taught how to cope with anger, but if the lifestyle changes, these strategies, skills and techniques also need changes,” she said.

She added that many calls are also coming from elderly men facing abuse from their adult children and grandchildren.

“Unfortunately, we can state that it is a huge issue,” she said. “Mostly, such situations involve physical, psychological and economic violence.”

UNFPA is working closely with the police to ensure survivors have access to protection and justice. They want people to know help is available, even under quarantine.

Through the ‘POLINA’ (police against violence) pilot project, launched in 2017 with UNFPA support, dedicated police teams with special training are responding to domestic violence.

The Interior Ministry has also launched a Telegram chatbot that can provide answers to the most common questions about gender-based violence. It also allows users to communicate with state legal aid workers, all without requiring a phone call. The chatbot has been popular among teen users.

Five of UNFPA’s crisis centres are also providing online assistance, and eight out of nine UNFPA-supported shelters are continuing to operate. 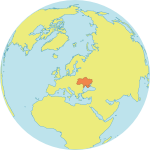 Source: https://human-wrongs-watch.net/2020/05/28/silent-solutions-available-to-quarantined-survivors-of-domestic-violence/
Before It’s News® is a community of individuals who report on what’s going on around them, from all around the world.