Choosing a good gun to protect your family and property is one of the most important things you can do to prepare for a SHTF scenario. There’s no use spending months or years preparing for your survival if a small, even unarmed mob or single individual can easily get into your home or garden unchallenged to steal your food and resources. Guns are also useful for hunting, of course, another important survival activity that you should balance your survival goals with when choosing a firearm.

There are many guns that are perfect for home defense and security in such a scenario, along with being suitable for hunting, but there are also many guns that just don’t cut it due to factors such as limitations in stopping power, limited ammo capacity, poor reload times, or lack of reliability, among other factors. Some of these guns may even be okay as a backup weapon, but to rely on them as your singular gun in the event that the SHTF is simply not smart.

Without further ado, here is a list of the top 6 popular types of guns not suitable for SHTF: 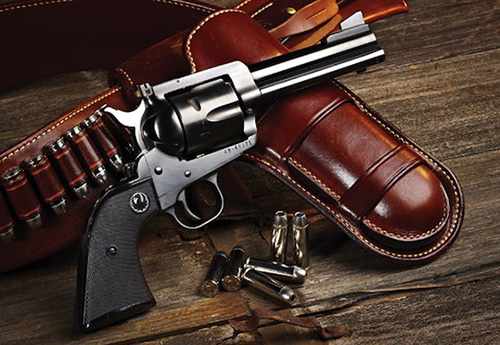 Single action revolvers lack both the power and reliability of double action revolvers and semiautomatic pistols, if we are comparing handguns. Slow reload times are also a weak point of these firearms since you must manually remove each shell casing once spent. Combined with the fact that you need to manually cock the hammer for every single pull of the trigger, you can see why these weapons are a poor choice for a SHTF gun. 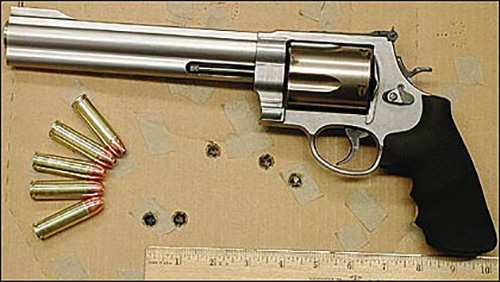 Overly large revolvers, usually designed for hunting, while not lacking in the power department can actually be inappropriate and even dangerous when used indoors in home defense. They would be excessively noisy if shot indoors (potentially damaging hearing, a very important sense for survival purposes), while also being hard to control during a rapid-fire gunfight due to excessive recoil. Increased flash and muzzle blast may also blind you in an indoor gunfight, particularly in a low-light situation. Finally, their power may prove dangerous indoors as although they may take someone down, it is probable that bullets may penetrate right through an intruder, interior and exterior walls, endangering the lives of your family in other rooms or outside. Guns in this category include the .44 Magnum, the .454 Casull and the .500 Smith & Wesson Magnum, for example. Consider instead a small or medium framed revolver or center-fire pistol with 9mm or .35 caliber, or a .38 special cartridge. 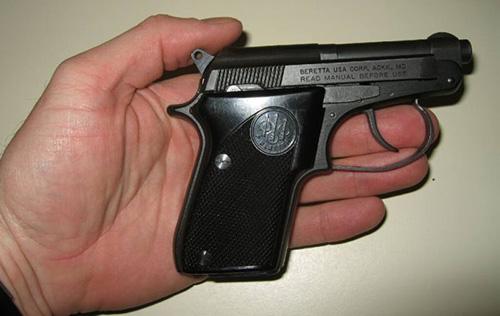 On the other side of the spectrum are another class of guns not suited for a SHTF scenario for the opposite reason: too little power. Pocket pistols or pocket guns are simply small guns that fit in your pocket. Although they may be useful as a backup firearm, or as a concealed weapon during outings when the SHTF societal breakdown hasn’t entered full swing yet, under-powered guns such as Ruger LCPs or Kel-Tec P-32s have very short ranges, high recoil for their caliber (limiting fire rate and accuracy), and not enough stopping power for home defense or hunting purposes. Instead of these under-powered class of firearms, go for a good semiautomatic pistol.

These weapons can be a good choice for hunting game, but they are certainly not suited for home defence. The problem is this class of firearm has a long barrel that makes them difficult to utilize effectively indoors, while also requiring the user to manually eject spent casings and load new rounds after each pull of the trigger. Further, just as with overpowered revolvers, they can endanger family members by over-penetrating targets, while also presenting the same problem of too much flash and potentially damaging noise.

Many of these class of firearms contain chambers for .22 LR cartridges, or in the case of shotguns, 20-gauge shells, and because of this they will lack the stopping power needed for home defense, particularly if there are multiple targets. Their real drawback, however, is their lack of an internal magazine, limiting them to one shot before needing to be tediously reloaded. A pump action shotgun, by contrast, prevents the need to take your attention away from your (probably moving) target to reload after every shot. A word on auto-loaders vs. pump action shotguns: pump actions are relatively inexpensive, simple, reliable, and will work with almost any shotgun ammo. Semiautomatic shotguns have less recoil, but are not as reliable with certain ammo and can be more complex, thus reducing reliability, especially if not kept very clean and well-maintained. 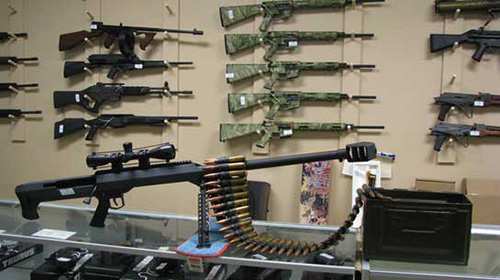 Although not a specific class of weapon, it is worth mentioning that military surplus weapons such as those from World War eras may be cheap to acquire, but they are simply not made for home defence given that most were designed for open battlefields. Further, reliability may be a problem in some cases, and modern weapons have many advantages over older weapons given the simple fact that technology has progressed since then. If you are on a very strict budget, and must defend open space, these might be worth it until you get a modern gun, however.

What is the best gun for a SHTF scenario then?

Some will argue that a semiautomatic pistol or rifle, or even a pump action shotgun is the ideal weapon for home defence. Keep in mind too that a rifle or shotgun may also double as a hunting weapon. You may therefore consider getting both a pistol and a rifle or shotgun to get the best of both worlds, but you should also consider where you store the weapon in your home in the event that you need to quickly retrieve it. It may be more realistic to keep a pistol in your bedroom if there are other rooms around you with family members who you want to make sure don’t suffer the consequences of an overly powerful rifle or shotgun, for example, while your rifle may be elsewhere in the home so that you can respond quickly to a potential home invasion no matter where you are in the house. Keep in mind as well that a shotgun is more forgiving with aim, and even if you are a great shot, this could change in a high stress circumstance. Of course, with any weapon you must practice, practice, practice, and it can’t be stressed enough that you must consider your defence plan so as to avoid friendly fire in the event of over-penetration into adjacent rooms. Locking your weapon appropriately, and hiding it well from children is also of critical importance so that you still have a family to protect if a time comes when you need to defend your home.

In conclusion, when choosing a type of gun suitable for SHTF scenarios, avoid the above types of guns that are not suitable for SHTF and go for either a small or medium framed revolver, a pump action shot gun, a semiautomatic pistol chambered for .40, 9mm or 10mm auto cartridges, or something like an AR-15 rifle with a short barrel for better maneuverability.