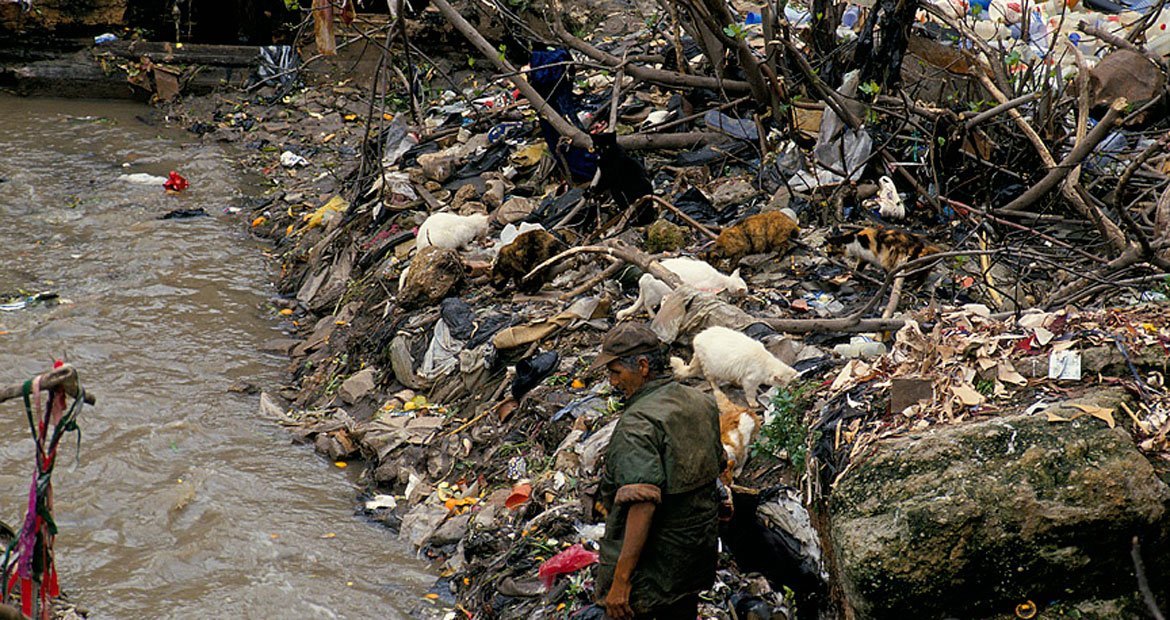 World Bank/Curt Carnemark | Environmental pollution and degradation can be linked to a growing list of health conditions such as skin cancer, lung cancer, asthma, lead poisoning, mercury poisoning, malaria, Ebola and Zika.
.
The report, the first of its kind, says that around 1 in 3 children – up to 800 million globally – have blood lead levels at, or above, 5 micrograms per decilitre (µg/dL), the amount at which action is required. Nearly half of these children live in South Asia.
“With few early symptoms, lead silently wreaks havoc on children’s health and development, with possibly fatal consequences”, UNICEF Executive Director Henrietta Fore warned. “Knowing how widespread lead pollution is – and understanding the destruction it causes to individual lives and communities – must inspire urgent action to protect children once and for all.”
.

The report – The Toxic Truth: Children’s exposure to lead pollution undermines a generation of potential – is an analysis of childhood lead exposure undertaken by the Institute of Health Metrics Evaluation and verified with a study approved for publication in Environmental Health Perspectives. It features five case studies in Kathgora, Bangladesh; Tbilisi, Georgia; Agbogbloshie, Ghana; Pesarean, Indonesia; and Morelos State, Mexico.

The report notes that lead is a potent neurotoxin which causes irreparable harm to children’s brains. It is particularly destructive to babies and children under the age of five, causing them lifelong neurological, cognitive and physical impairment.

Childhood lead exposure has also been linked to mental health and behavioural problems, and to an increase of crime and violence, the report says. It is estimated to cost lower- and middle-income countries, $1 trillion in lost economic potential of these children over their lifetimes.

Informal and substandard recycling of lead-acid batteries is a leading contributor to lead poisoning in children living in low and middle-income countries, the report finds, where an increase in vehicle ownership and a lack of vehicle battery recycling regulation, has resulted in nearly half of lead-acid batteries being unsafely recycled in the informal economy.

Other sources of childhood exposure include lead in water from the use of leaded pipes, lead from active industry – such as mining – lead-based paint and pigments, and leaded gasoline.

Lead solder in food cans, as well as in spices, cosmetics, ayurvedic medicines, toys and other consumer products, are also to blame. Parents whose occupations involve working with lead often bring contaminated dust home on their clothes, hair, hands and shoes, inadvertently exposing their children to the toxic element.

“The good news is that lead can be recycled safely without exposing workers, their children, and surrounding neighbourhoods, said Richard Fuller, President of Pure Earth, adding that “lead-contaminated sites can be remediated and restored.”

Further, people can be educated about the dangers and empowered to protect themselves and their children. “The return on the investment is enormous: improved health, increased productivity, higher IQs, less violence, and brighter futures for millions of children across the planet,” he said.

The report recommends that Governments in affected countries take a coordinated approach to building monitoring and reporting systems and installing prevention and control measures.

Globally, the report advocates the creation of global standard measurement units to verify the results of pollution intervention on public health, the environment and local economies. An international registry of anonymized results of blood lead level studies could also foster better detection. The study follows a major push by the World Health Organization (WHO) in 2019 to sound the alarm.

The Geneva-based agency launched the International Lead Poisoning Prevention Week of Action, from 20-26 October, advocating for laws, regulations or enforceable standards to stop the manufacture, import and sale of paints that contain lead.


Source: https://human-wrongs-watch.net/2020/07/30/revealed-a-third-of-worlds-children-poisoned-by-lead-unicef/
Before It’s News® is a community of individuals who report on what’s going on around them, from all around the world.