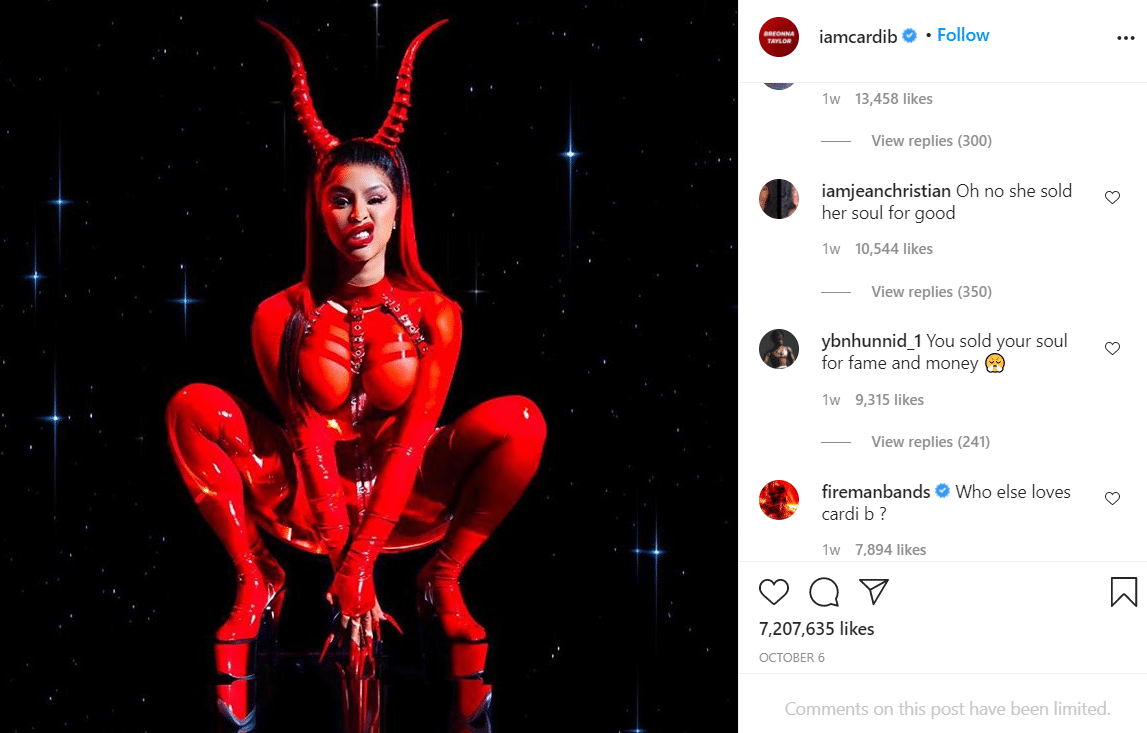 Cardi B posted this picture on Instagram where she’s dressed as the devil with massive horns on her head. The post was immediately flooded with comments about her selling her soul to the Illuminati. They are correct. 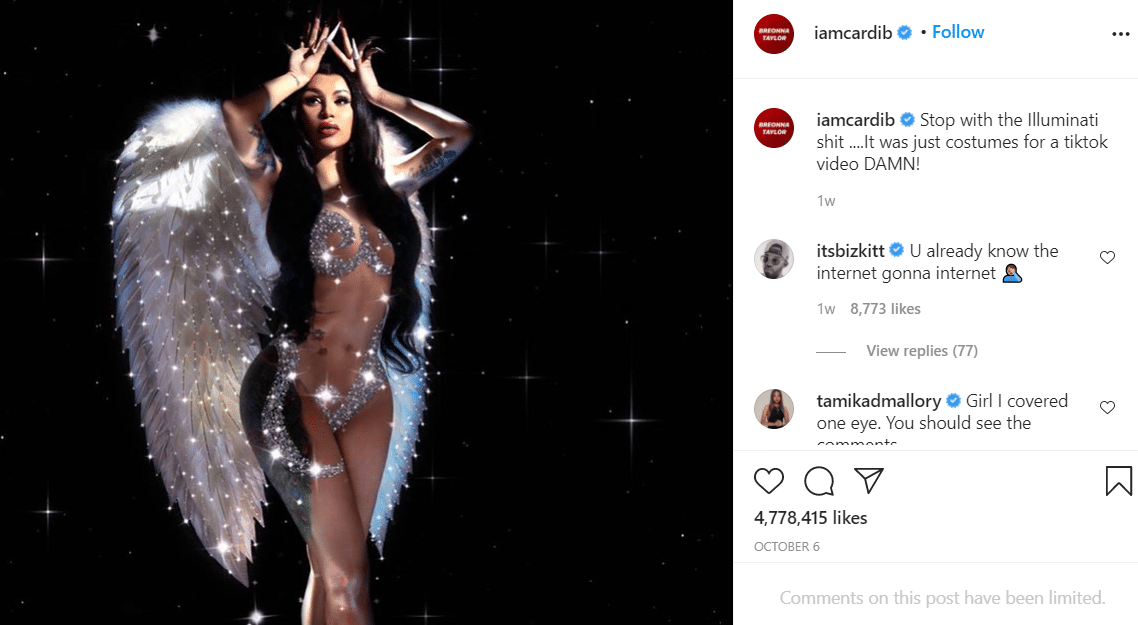 In her next post, Cardi wrote “Stop with the Illuminati sh*t… It was just costumes for a Tik Tok video DAMN!”. Alright, that’s a great explanation. First, I’m pretty sure that most people were aware of the fact that those are costumes. Nobody was debating whether or not those were costumes. Second, posing as the devil on Tik Tok for millions of followers is exactly what Illuminati pawns do.

Cardi B’s Tik Tok profile picture is her hiding one eye. Of course.

One of the comments on the “Stop the Illuminati sh*t” screenshot above is from activist Tamika Mallory. She wrote: “Girl I covered one eye. You should see the comments”. This is the picture she was talking about. 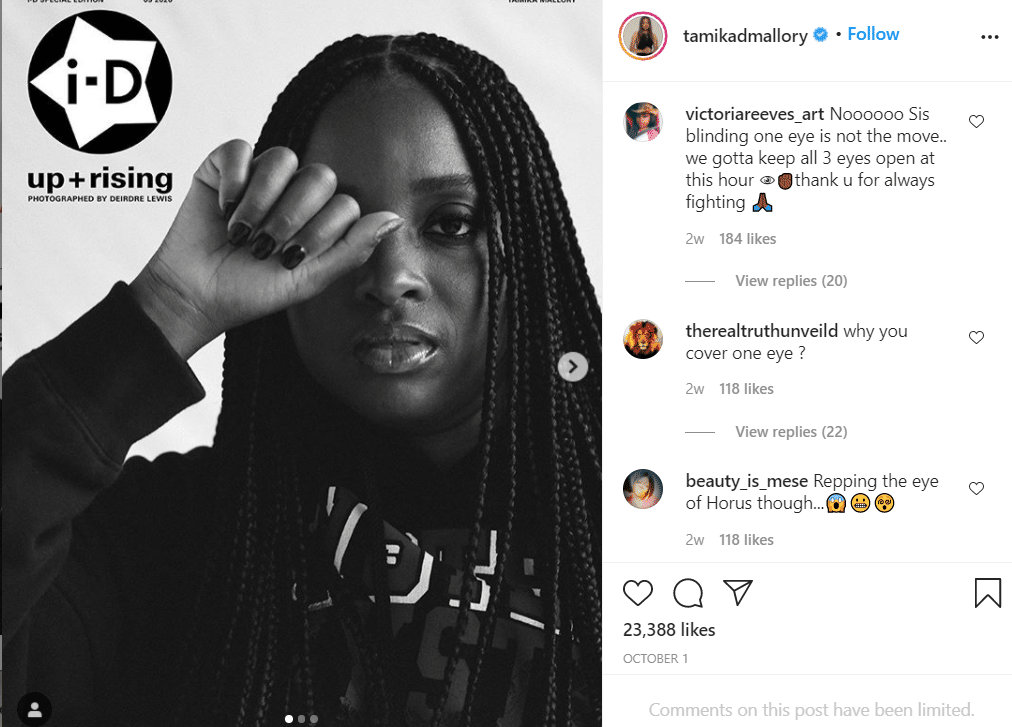 While I believe that most of these activists have good intentions, this sign perfectly represents how they are being coopted for the benefit of the elite. A fist in the air represents power. A fist in front of an eye represents slavery. 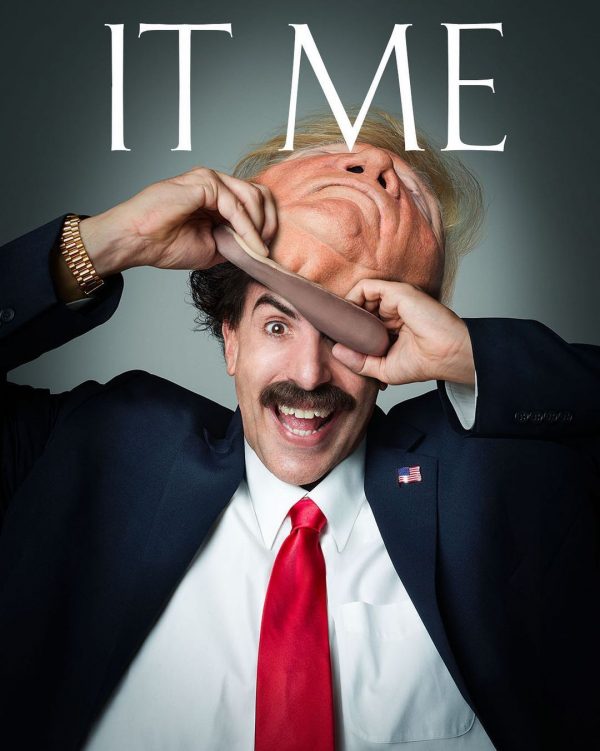 This is a promo poster for Sasha Baron Cohen’s new Borat movie. It turns out that Trump was Borat in disguise all along. So funny. More importantly, the poster is about him doing the one-eye sign. 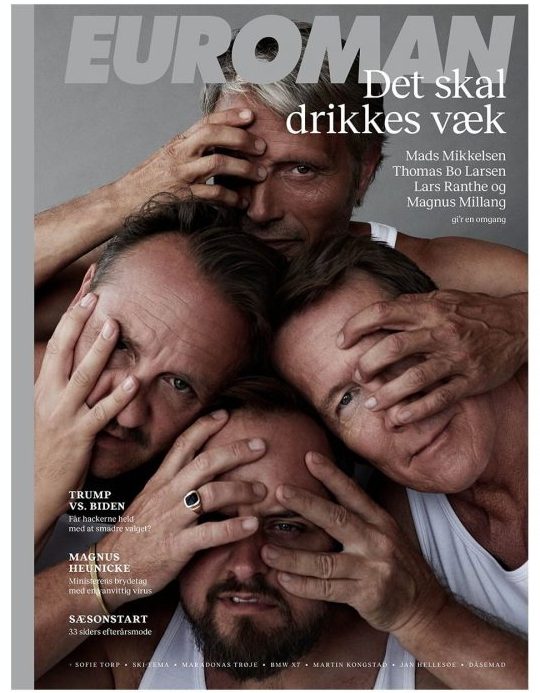 This is the cover of Danish magazine Euroman. It features four of Danmark’s most popular actors … and all of them are doing the one-eye sign. 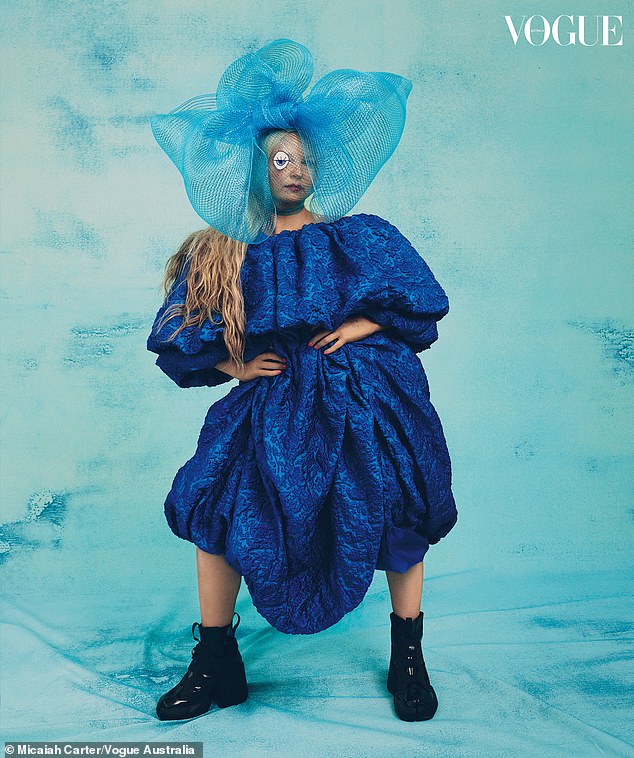 This is Sia in Vogue Australia. Blatant one-eye sign. 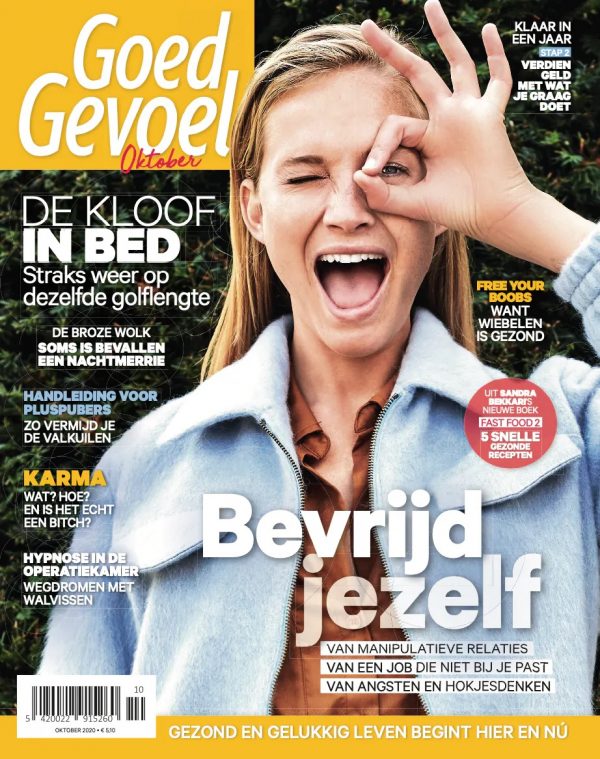 This is the cover of Belgian magazine Goed Gevoel, which mean “good feeling”. That big, fat, unmistakable yet unnecessary one-eye sign does NOT give me a “good feeling”. It reminds me of the fact that even local lifestyle magazines with a limited reach are forced to put this crap on display. 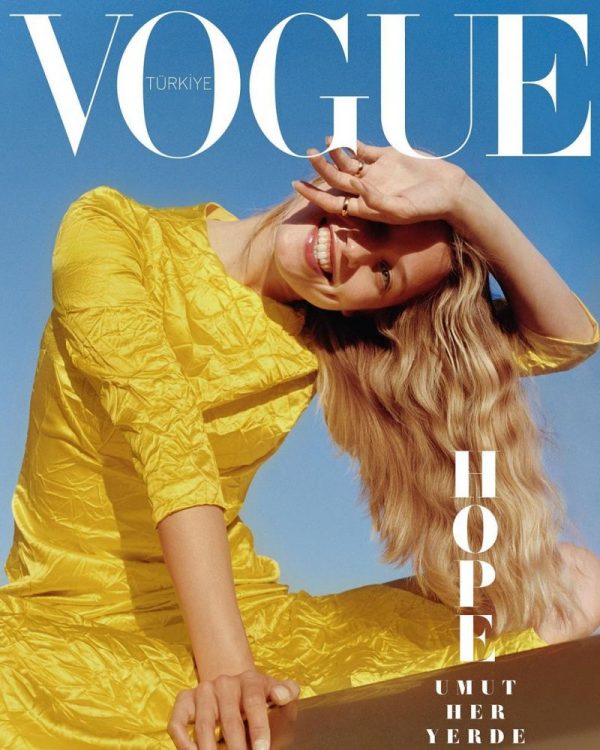 On a global level, magazine empires such as Vogue have been spamming that one-eye crap all over the world for years. This is the cover of Vogue Turkey. 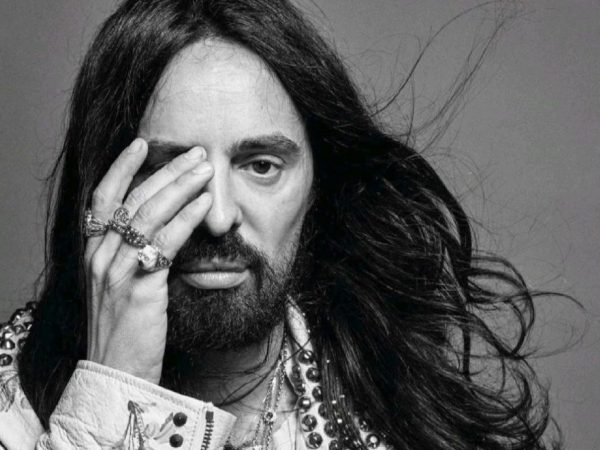 This is a picture of Alessandre Michele, Gucci’s artistic director. It appeared in a magazine article stating that “every he touches turns to gold”. Did his eye turn to gold? Because that’s what he’s touching on this pic for no good reason.

This is Kendrick Lamar and his protégé Baby Keem in i-D magazine. It was only a matter of time for Kendrick. 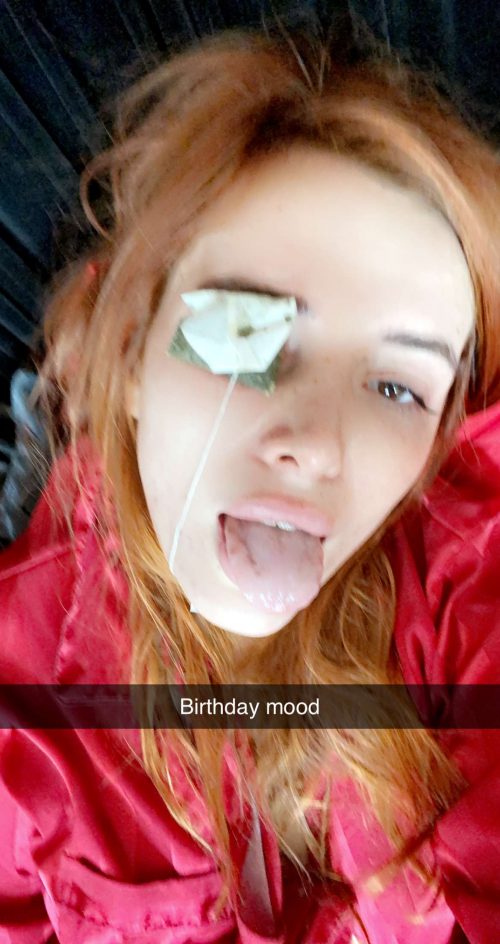 Bella Thorne, the ex-Disney child star who turned to p*rn posted this on social media. Shes still a slave … even on her birthday. 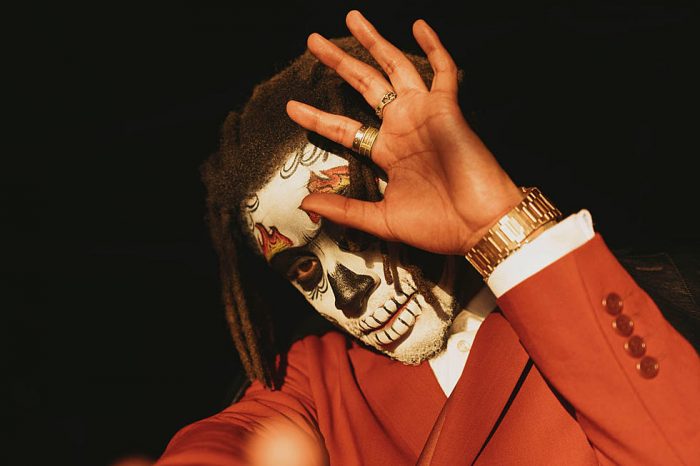 This is up-and-coming rapper Note Marcato doing the obligatory one-eye sign in XXL magazine. He is the son of famed producer Swizz Beats. So the industry ties are definitely … tied. 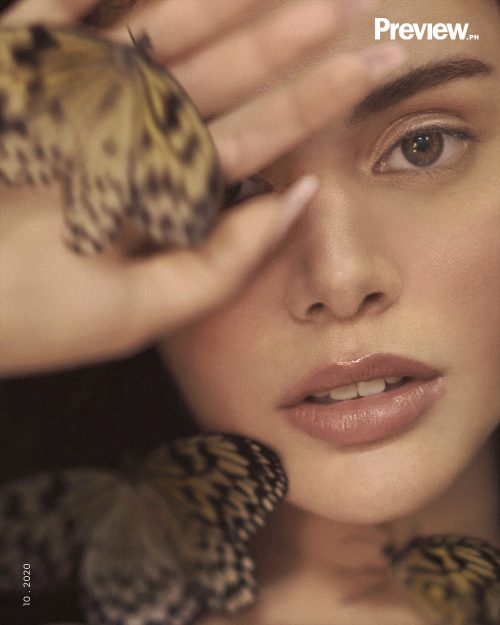 Ivana Alawi is a famous actress and influencer in the Philippines. In this photoshoot for Preview magazine, she does the one-eye sign combined with butterflies (a reference to Monarch programming), indicating that the industry has recruited her. 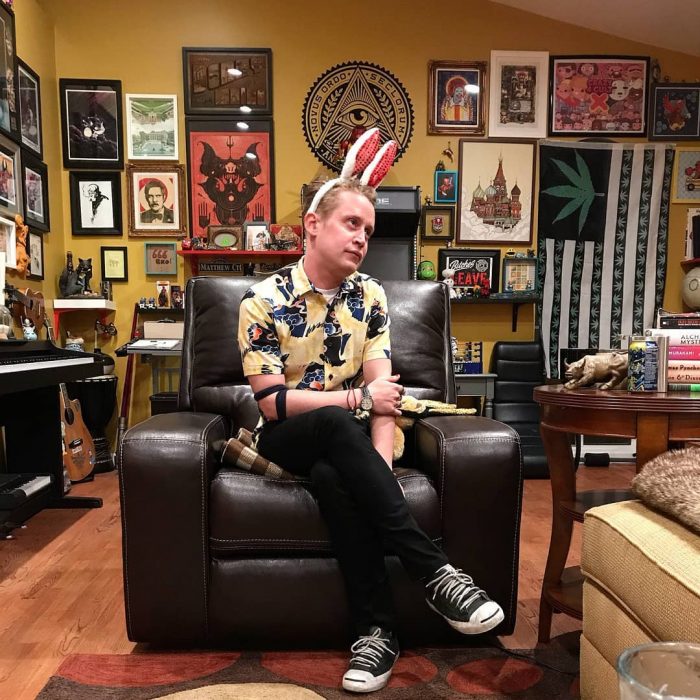 When one knows about the dark side of Hollywood, a trip down MacCauley Culkin’s Instagram account becomes a rather upsetting experience. He has a podcast called “Bunny Ears” so he wears bunny ears in nearly every picture on his account (the White Rabbit from Alice in Wonderland is one of the most important symbols referring to MKULTRA). In this specific picture, Culkin is wearing bunny ears and the background is replete with occult and satanic symbolism (including 666). He’s trying to tell us something. 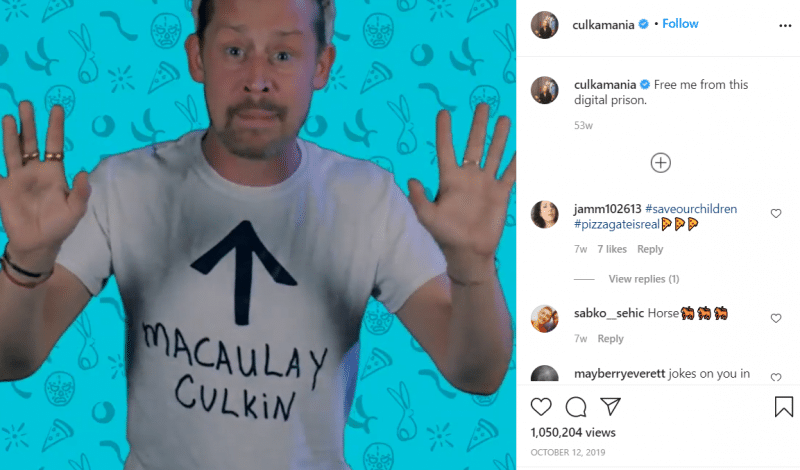 In another post, Culkin yells “Help, I’m trapped in your phone”. The background consists of bunny ears, gimp masks and slices of pizza. All of these things combined lead straight to pedo terrority,

In another post, he wears a satanic t-shirt with a bunny instead of Baphomet. Also, there’s a slice of pizza in the background. A full article could be written about the weirdness surrounding Culkin and his IG account. 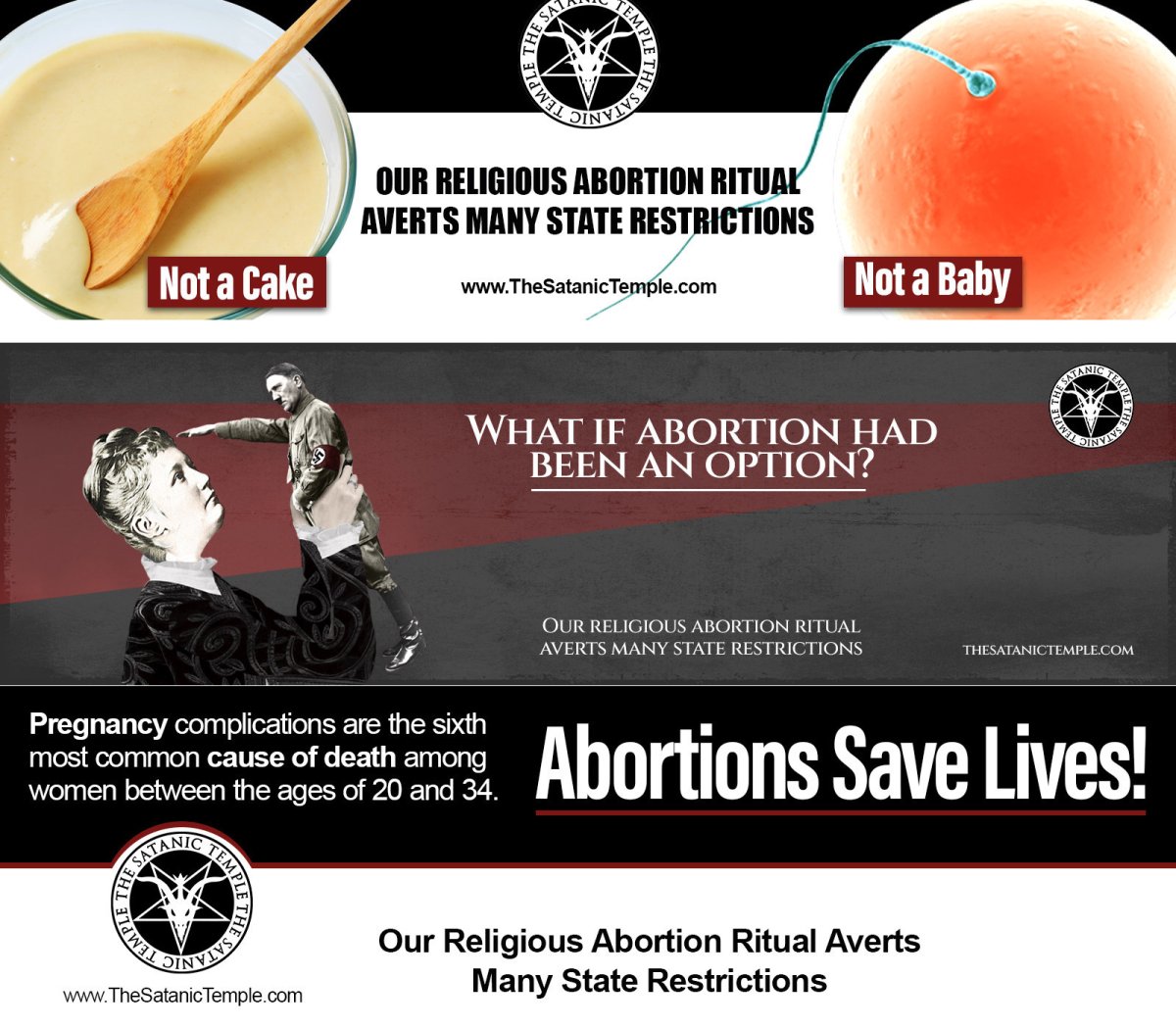 In a recent article, I explained how the Satanic Temple is launched a campaign to turn abortions into satanic rituals in order to bypass state requirements. Recently, the TST attempted to put up billboards in U.S. cities to promote their satanic abortion rituals. They REALLY love killing babies. 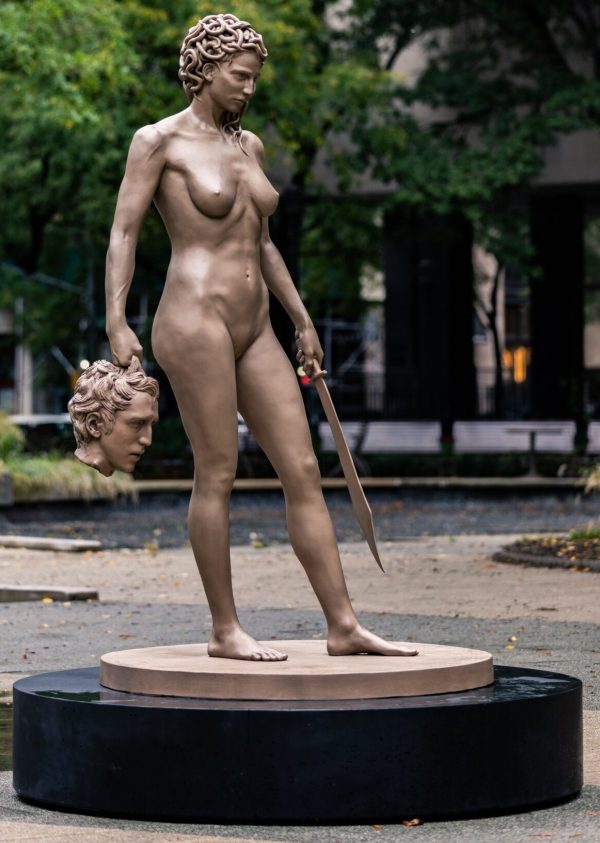 This 7-foot tall statue of Medusa holding the severed head of Perseus was placed in front of the Manhattan Supreme Court to become a symbol of the #MeToo movement. It is a ridiculous choice for so many reasons. First, Medusa was a gorgon – a horrific monster. Second, she’s not even holding the head of her rapist (Poseidon). She’s holding the head of Perseus, a whole other guy. This represents perfectly the “accomplishments” of the MeToo movement: The “beheading” of some random guys for “misconducts” while the real Hollywood rapists are still Hollywood raping. Children.

The post Symbolic Pics of the Month 10/20 appeared first on The Vigilant Citizen.