Editor’s Note: In South Africa farmers are murdered at a much higher rate than the murder rate in the general population. Farmers are the targets of criminal attacks. This article was written by Charl M., a South African native, who has experienced first hand these attacks.

Valuable insights can be learnt from taking a closer look at the circumstances surrounding the farm murders in my country. Insights about the dangers faced by average citizens when Law and Order break down. Insights about how the absence of police authority can embolden criminals to act on impulses they would normally suppress, due to fear of being caught.

The US has recently experienced a spate of lawlessness with Law Enforcement Officials either facing public condemnation, or having their powers revoked by cowardly politicians eagerly pandering to thugs and criminals. Statues have been toppled from their plinths with BLM graffiti smugly covering the names of national heroes; and then, that human nature has a dark side that exploits in times of chaos to raise its ugly head.

If the economy will collapse the riots will start in the cities, then looters will expand to rural areas, where people are homesteading and possibly vulnerable.

How To Stay Safe 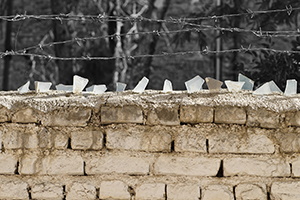 Before striking, a predator will do a final cost benefit calculation to decide if it will attack. Let’s call it victim or target profiling.

A predator that is not on the brink of starvation, will not initiate a hunt with a low probability of success OR a high probability of injury. As a predator’s desperation increases, so will its willingness to face greater risk. Since the economic collapse will affect everyone, we must expect that the worst things will happen and people will not take into consideration the well being of others.

Excluding attackers driven by extreme desperation, the success versus injury trade-off should encapsulate your strategic intent. These are the two variables you need to address to ensure that you will be low on the list of possible targets.

I am going to start this section with a description of what attackers look for, and why. Most of what we are dealing with, refers to lowering the probability of a successful attack.

This is the SORNO list. Situation, Observation, Regularity, Naivety, Obstacles. 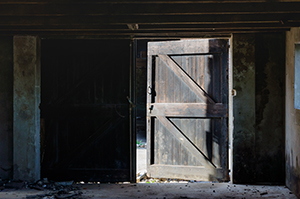 This goes deeper than just “are you aware of your immediate surroundings?”

Do you know where your dogs sleep at night, and during the day, and what about when it’s raining? Do you know if that door to the animal feed shed is normally open or closed? Would you notice if someone moved your wheel-burrow, or your shovel?

Criminals target people who live narrowly focused and unaware of the details in their surroundings. It shows lack of discipline, an easygoing attitude and unpreparedness.

Criminals will hang discarded plastic wrappers on fences, or place empty cans close to homes. It’s a way of seeing how close they can penetrate without you or your dogs noticing. It is also a way of conditioning dogs.

Very few farm attacks happen randomly, spontaneously or unplanned. Even though, in time of crisis, looters will attack to take everything with no regard for human life, they do not want to get shot and killed.

Most attackers observe their victims for at least few hours or a day, often longer. The harder you are to be observed, the better. The further away they need to be to do this safely, the better.

Walls, screens, hedges, garden features can all help to create privacy. Keep in mind, if they can’t see in, you can’t see out. There is a trade-off here.

Secondly, when inside your house, it must be impossible for criminals to see where you are and what you are doing. One way reflective films, curtains, closed doors. Lights switching on and off as you enter or leave rooms means you are easily tracked throughout the house. 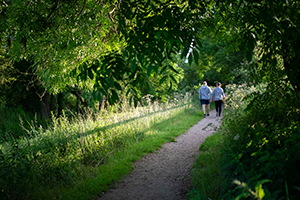 Someone leaving for work everyday at the same time, walking to his car along the same path; what could present an easier target?

Try to vary your schedule. Have your husband walk with you sometimes, let him bring the car around sometimes, leave earlier or later than usual.

The same should apply when going to church or visiting friends. If every Tuesday evening is Bingo night, be sure to pick up friends on the way, or have friends pick you up, and vary your route.

Even better, when the economic crisis will happen, stay inside your house and try to cut your expenses. Take care of your stockpile and be aware of your surroundings.

In the South Africa, families returning from church would often be ambushed. Another favorite time is when people return from visiting friends, leaving or returning from work. Letting the dogs out every night at the same hour before you retire to bed, could be fatal in the long run.

One last word of advice, don’t leave the safety of your home when your dogs are barking in a distressed tone outside. It could be a deadly trap. Or, be sure you are carrying a firearm and be prepared to face your looters. 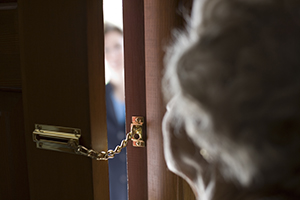 These people are probably just lost, need shelter, or food, or medical help. Help your friends and family freely. Everybody else, point them in the direction of somewhere they can receive assistance. Or: If you feel compelled, help them, as if you were helping an enemy that is trying to deceive you.

Be smarter than them.

Usually, attackers have gained access into yards or homes under various pretexts: pregnant women needing to use the bathroom, sick children and grandparents. Including under the guise of business to buy horses, cattle, chickens, vegetables. So be alert, and think twice before you let a stranger into your home. 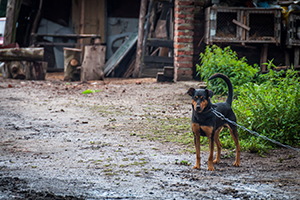 These are simply the barriers to easy access and or escape. The more of these a potential attacker needs to overcome, the higher the likelihood that he will look elsewhere.

The more layers between yourself and attackers, the better. 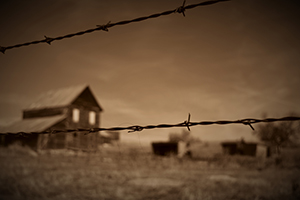 You are the one that will keep yourself safe by implementing and actively practicing all of your safety systems.

Two last tips, in the case that the attackers will enter your home: