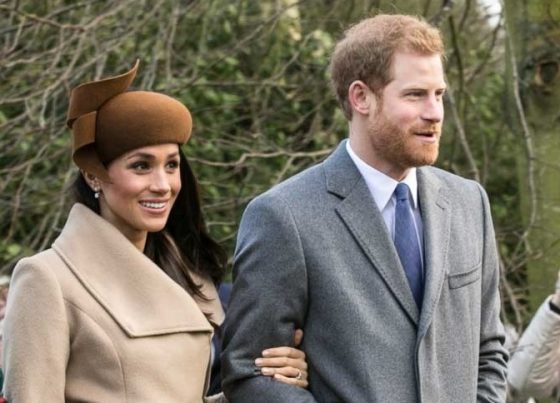 I never imagined that I would write an article about Meghan Markle.  In fact, over the years I have done my best to ignore the endless drama surrounding the British royal family.  And even though the “tell-all interview” that Oprah Winfrey just conducted with Meghan Markle and Prince Harry has become the top news story in the entire world, I wasn’t going to write about it.  But then it struck me that this story is not just about Meghan and Harry’s bitter feud with the rest of the British royal family.  Ultimately, Meghan has become a larger than life symbol which represents what is happening to our civilization as a whole.  Previous generations handed us the keys to unimaginable wealth and prosperity, but we are in the process of smashing it into a billion pieces.  Sadly, our self-obsessed narcissism forces us to blame anyone and everyone else for our problems, and anyone that dares to point that out is in danger of being “canceled”.

When Meghan Markle somehow landed Prince Harry, many considered her to be the luckiest woman on the entire planet.

There are literally billions of women that have dreamed of marrying a prince and becoming a member of the British royal family, and she actually got to do it.

As long as she didn’t mess it up, she had the opportunity to live in extreme luxury and be one of the most famous women on the entire planet for the rest of her life.

But that wasn’t enough for Meghan.  She didn’t like the fact that there are certain rules that one must abide by as a member of the royal family, and she greatly resented being restricted in any way, shape or form.

During her interview with Oprah, Meghan said that her life in the royal family was “almost unsurvivable”, and she claimed that she would now be dead if she had not left.

There are some people that are never able to be happy in any situation, and she appears to be one of those people.  As Piers Morgan has pointed out, she has a history of hitting the “cancel” button when people in her life are no longer useful to her…

Having had personal experience, on a very small scale, of Meghan Markle’s ruthlessness when dispensing of anyone in her life that’s ceased to be of use to her, it was no great shock to see her lighting a gigantic bonfire that will surely cause irreparable damage to her husband’s family.

After all, she’s torched all her own family, along with her ex-husband and most of her old friends.

This was the acting performance of her life, with every word, every facial expression carefully planned and choreographed.

Long before she joined the royal family, she had left a trail of broken relationships in her wake.

But it was never her fault.

Now she is literally trying to “cancel” the entire British royal family, and it is truly sickening to watch.

After watching the entire two hour interview with Oprah, the following is how Piers Morgan described it…

Never have I watched a more repulsively disingenuous interview.

Nor one more horrendously hypocritical or contradictory.

With Meghan, everything is always all about her, and for now Prince Harry seems happy to go along with that.

But what will happen when he finally grows tired of serving as her enabler?

Many Americans are falling for her act too, but as one British news source has pointed out, the story that Meghan and Harry are telling is filled with contradictions…

* We just crave privacy and normality – they tell two billion people around the world in one of the biggest TV interviews of all time;

* The tabloid newspapers are awful – so here’s a metric ton of royal secrets to keep the world’s royal hacks in column inches for months;

* We hate racism and love truth – but we refuse to name (and are thus protecting) the shameful palace racist obsessed with the skin tone of our baby;

* I have deep respect for my grandmother – but I’m still going to undermine the institution of the Royal Family.

The allegation that the British royal family is racist is one of the most laughable claims.

In the old days we would have considered them to be “radical leftists”, but the radical leftists of today have gone so far left that they make the royals look “conservative” in comparison.

In any family there are going to be problems, and the British royal family is certainly not immune.

And without a doubt, it would be difficult for any American to adjust to life as a member of the British royal family.

But from what I can gather, Meghan was dishing out more “abuse” than anyone else.  In fact, quite a few former staff members that dealt directly with her “are ready to come forward”…

At least ten former staff members are ready to come forward as claims that Meghan, Duchess of Sussex bullied and “humiliated” aides are probed.

Allegations that Meghan, the former Suits starlet and wife of Prince Harry, inflicted “emotional cruelty and manipulation” on staff are being investigated by Buckingham Palace, after a former aide revealed she had been the subject of a bullying complaint and accused her of driving a number of people out of their jobs.

It was a really bad idea for Prince Harry to marry a self-entitled American actress, especially one with such a violent temper…

Claims that Meghan brought a certain Hollywood entitlement into British public life have swirled for years, with her husband accused of doing little to restrain her — “What Meghan wants, Meghan gets,” he is alleged to have shouted at the Queen’s dresser during an incident involving a diamond tiara.

“I… witnessed Meghan turn and ‘hiss’ at a member of her entourage, clearly incandescent with rage about something, and demand to leave,” the royal editor at the Daily Mail said of one alleged incident during a public event.

After everything that has transpired, Meghan and Harry would have still been welcomed back by the rest of the British royal family as long as they didn’t publicly air their dirty laundry for all the world to see.

But now that is precisely what they have done.

Needless to say, millions of British citizens are absolutely furious with them, and Nigel Farage says that it is time to strip them of their royal titles…

I think the time has come to strip them of their royal titles.

They are clearly intent on number one, destroying the monarchy, and number two, making themselves as bigger stars, as bigger leaders, of the woke revolution in America and the rest of the world.

It’s a very, very sad day for this country, I have no sympathy for either of them whatsoever.

The blessings that they have been given should be passed on to someone else that will appreciate them.

Sadly, we don’t appreciate the blessings that we have been entrusted with either, and we are in the process of destroying our civilization as a whole.

It is easy to point a finger at Meghan Markle, but the truth is that most of us are just like her.

In our insatiable thirst for evil, we are literally destroying everything around us, and there is no future for our society if we continue to go down this road.

The post Meghan Markle Is A Perfect Representation Of What Has Happened To Our Civilization As A Whole first appeared on The Economic Collapse.