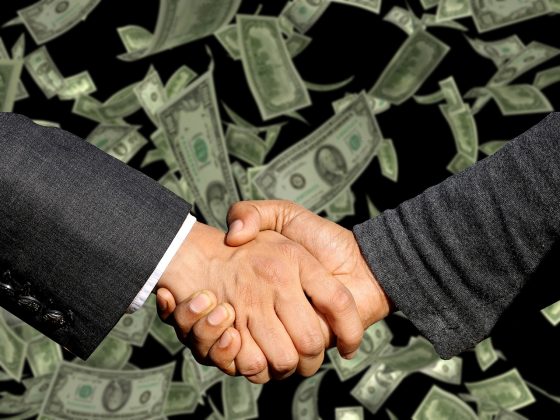 Our leaders are killing the U.S. dollar, and it is being done to thunderous applause.  The House and the Senate have now both passed the 1.9 trillion dollar “COVID relief bill”, and it will go to Joe Biden’s desk for his signature.  Of course we don’t actually have 1.9 trillion dollars to spend on yet another “COVID relief” package.  In fact, we don’t even have one dollar to spend on another “COVID relief” package.  Every single dollar that is spent will have to be borrowed, and that will soon push our national debt beyond the 30 trillion dollar mark.  Sadly, our politicians seem convinced that giant mountains of dollars can be printed, borrowed and spent indefinitely without any repercussions, and most Americans fully support what they are doing.  In fact, one recent poll found that a whopping 78 percent of all Americans support more stimulus checks…

A huge majority of Americans, including nearly two-thirds of Republicans, support the $1,400 stimulus checks President Biden is calling for, and his full $1.9 trillion stimulus proposal also has strong public backing, according to a new poll from Quinnipiac University.

The poll found that 78 percent of Americans supported the stimulus checks, including 90 percent of Democrats and 64 percent of Republicans — suggesting that Republicans in Congress who want to reduce the checks to $1,000 are out of step with their constituents on this issue.

If you are in that 78 percent, you are wrong.

Yes, it is nice to get a big, fat government check in the mail.  But in the process we are rapidly destroying our currency, and what we are doing to future generations of Americans is beyond criminal.

Previous COVID relief bills have had wide bipartisan support, but this one passed almost entirely along party lines…

The final vote Saturday in the Senate was 50-49 with all Republicans voting against the measure and all members of the Senate Democratic caucus supporting it. Sen. Dan Sullivan, R-Alaska, was not present for the vote. In the House, it didn’t earn a single Republican vote in the two times the bill came to a vote.

Biden ran on his ability to broker bipartisan efforts on Capitol Hill, drawing on his 36 years in the Senate and eight years as vice president. Republicans have viewed the bill as a betrayal of the bipartisanship Biden embraced and spoke of during his campaign.

This is being called a “big win” for Biden, and when Pelosi announced that the bill had passed the House she did a little “shimmy“…

House Speaker Nancy Pelosi announced the 220-211 vote result from the chair, prompting the bill’s supporters to burst into applause. Just a single Democrat voted against it.

Her glee at the outcome was evident even though she had a mask on. She executed what her daughter Christine called a ‘shimmy’ as she gaveled down the vote in a chamber where a five-vote majority gave her very little wiggle room.

After the vote was over, House Minority Leader Kevin McCarthy referred to the COVID relief package as “socialism”…

House Minority Leader Kevin McCarthy, R-Calif., described it as a “laundry list of leftwing priorities” that “do not meet the needs of American families.”

“It is very liberal,” he said. “They called this the most progressive piece of legislation in history. For those who are watching, progressive means socialism.”

He is right, but I just wish that he would have figured that out several COVID relief packages ago.

Because the truth is that what we have already done to our currency is absolutely nightmarish.  The following is the latest M1 chart from the Federal Reserve…

Thanks to our wild spending politicians and unprecedented intervention in the financial markets by the Federal Reserve, we have now entered an era of hyperinflation.

It took from the founding of the United States to 2020 for M1 to get to 4 trillion dollars.

This is utter madness.

Of course the chart above doesn’t even reflect the impact that this new COVID relief package will have.  Another 1.9 trillion dollars is about to be poured into the system, and that will make things even worse.

A recent Deutsche Bank survey found that 37% of Main Street investors, some of who could be members of the Reddit community, will plow a “large chunk” of stimulus money, about $170 billion, “directly into equities.”

These small but mighty investors have gained notoriety in recent months, creating volatility and heavy volume in a number of heavily shorted stocks, such as GameStop Corp., AMC Entertainment Holdings Inc. and Bed Bath & Beyond Inc.

That should be very good news for stocks, but of course a major “trigger event” could crash the market at any time.

So we will have to wait and see how all of this plays out.

Meanwhile, Joe Biden just announced that he will unveil “the next phase” of his administration’s response to the pandemic on Thursday…

Just hours after the House passed the Democrats’ $1.9 trillion stimulus package (which will unleash another wave of “stimmies” that will inevitably find their way into millions of Robinhood and other discount brokerage accounts), President Joe Biden said Wednesday that he would unveil “the next phase” of the US COVID-19 response on Thursday, which is also the one-year anniversary of the first COVID-inspired lockdowns in the US.

Even if more stimulus checks are not involved, any new programs that Biden announces will cost money, and that involve more borrowing.

We are printing, borrowing and spending our way into oblivion, and we have nobody but ourselves to blame.

As I was preparing to write this article, I just kept thinking of the scene from one of the Star Wars movies where Emperor Palpatine announces that the Republic will be reorganized as “the first Galactic Empire”, and the Senate erupts in applause.

Our Republic is dying too, and our politicians are gleefully murdering the reserve currency of the entire planet.

This is not going to end well, but you already knew that.

The post So This Is How The U.S. Dollar Dies… first appeared on The Economic Collapse.