Left. Red Pillers chased by pod people in “The Invasion of the Body Snatchers”… Today they’d be wearing masks.

“Society is happy to toe the line of tyranny because they actually believe that they might gain permission from their masters to simply live. These are the fools among us, and they make up the largest part of society, and this does not bode well for our future.” -Gary Barnett

Makow- We neither have the intelligence to understand our predicament nor the courage to confront it. The covid hoax is the culmination of a centuries-old conspiracy by Cabalist Jews to destroy Christian Western Civilization. Wars, depressions, homosexuality, feminism, migration, sexual liberation, pornography, miscegenation, dumbed-down education etc. were all designed to undermine and sacrifice Western society to Communism.
Thanks to the Cabalist-owned MSM, we believe this ongoing satanist assault represents “progress” rather than suicide. Essentially, we have been inducted into a satanic cult. Satanic cults control and exploit their members by making them sick (i.e. vaccinations) or think they’re sick.

The whole Western political, business and cultural establishment are traitors, second-raters who advanced their careers by selling their souls to the devil. The central bankers handpicked these opportunists to execute their agenda, i.e. enslave and dispossess humanity. Hence, “You will own nothing but you’ll be happy.” (Certainly this doesn’t apply to Bill Gates & his banker buddies.)
What H.W. Bush said to Sarah McClendon in 1992, “If the American people ever find out what we have done, they will chase us down the street and lynch us,” is quite literally true. Luckily, most Americans are too gullible to see the truth.
Below, Gary Barnett comments on the peoples’ passivity in the face of lockdowns.
They think they are temporary until vaccines take effect. They are not listening to the World Economic Forum which states plainly that the covidhoax is designed to reorganize society, i.e. enslave humanity. They state explicitly there will be no return to normal:

In COVID-19: The Great Reset, Klaus Schwab states: “Many of us are pondering when things will return to normal. The short response is: never. Nothing will ever return to the “broken” sense of normalcy that prevailed prior to the crisis because the coronavirus pandemic marks a fundamental inflection point in our global trajectory.”  …

—-“If you force yourself to be the same as everyone else. It causes neuroses, psychoses, and paranoia. It’s a distortion of nature, it goes against God’s laws, for in all the world’s woods and forests he did not create a single leaf the same as another.”   —Paulo Coelho

The People Are Consumed by Psychosis, Schizophrenia, Ignorance, and Indifference

As I watch this takeover of the people of the world, and understand the insanity of it all, I have to pause in order to regain composure, and to continually guard against consorting with a mass population that seems to be a type of pod people straight out of “Invasion of the Body Snatchers.”

One need look no further than the sea of masks to understand this phenomenon, as all expression is hidden, and all look the same. This is a modern twilight zone, but it is one where the people not only look the same, they are the same.

We are facing what some might refer to as Armageddon, and they are not far wrong. This is most certainly a battle of good against evil, and at this point, evil has the upper hand. Every day, many out there continue to claim that people are beginning to fight back, and that the tide will be turned.
In my opinion, this is simply not true, and in fact, any major resistance still appears to be mostly absent from view. The reasons for this mistake in judgment are not due to what people actually say or believe, but in how they act in concert.
Yes, many know that these draconian measures are not necessary, but the bulk of society is happy to toe the line of tyranny because they actually believe that they might gain permission from their masters to simply live. These are the fools among us, and they make up the largest part of society, and this does not bode well for our future.
Living in constant fear, fear that is baseless and ridiculous, can only destroy the minds of those that are little more than frightened sheep at this point.
Once the state narrative is accepted, once the masses turn to total obedience in order to accommodate the ruling class in exchange for false promises, all is lost.
Those of us willing to risk all for freedom, to stand up to these totalitarian monsters, and to refuse to bow down to any illegitimate authority, face censorship, police brutality, incarceration, and at some point even possible death. Large numbers of true dissenters could crush this state assault, but those numbers do not exist in this current environment.

The state’s mandates, pronouncements, threats, & incessant executive orders are going on as scheduled, and have become relentless in nature, and more restrictive every day. This could not be happening if there were any legitimate pushback from this pathetic population.
Although some of us continue to fight against this dictatorial plot, it is not enough to stop or even slow down the agenda-driven invasion that has already destroyed nearly all of our freedom. The continued propaganda is sinking into the brainless segment of this population which is ever growing in numbers.
By wearing these deadly oxygen stealing masks, by testing with a PCR that is being used to deposit foreign elements in the brain, by taking this RNA/DNA, gene altering concoction falsely called a ‘vaccine,’ the ability to think is systematically being destroyed due to the insertion and injection of toxic pathogens. The more that fall into line and do everything they are instructed to do, the less chance there will be for any remedy to this global reset and takeover of the minds and bodies of the American people.
With time, and people complying with all state orders, it will eventually become impossible to change this course we are on because part of this conspiracy is based upon implanting toxins in the body, controllable nanoparticles in the brain, bioweapon ‘viruses,’ and any number of other poisons. 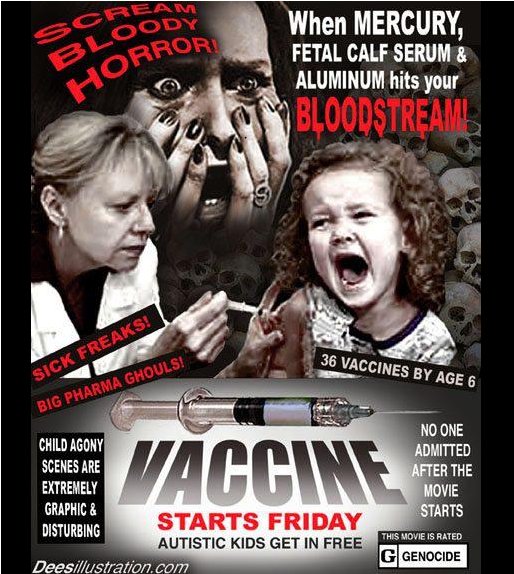 These injected operating systems are meant to allow control of large populations, and this technology already exists, much of which is still unknown to the average citizen, and most others as well. In addition to all these things, many millions could die from the very adverse effects possible from these invasive pathogens that could cause great harm for months and years to come, virtually crippling the entire population and future generations as well.
Under these circumstances, population control through democide, which has already begun, will become more evident in the not too distant future, and all will be blamed on one or another fake ‘virus’ that will be said to have mutated, giving rise to continuous injections of poison. Eugenics never had it so easy, as people are lining up to die.
Hysteria has set in, children are being destroyed mentally and physically, and mass depression is now common. With this comes despair, suicide, aggression, and of course psychosis. This is certainly a “new normal,” but it is the state’s creation of a new normal so that the ruling class can take all and control all.
There is no real danger, there is no ‘virus,’ there is no pandemic, but there is extreme sickness and death due to all the state’s mandates that generate mass fear, and decimate our immune systems. 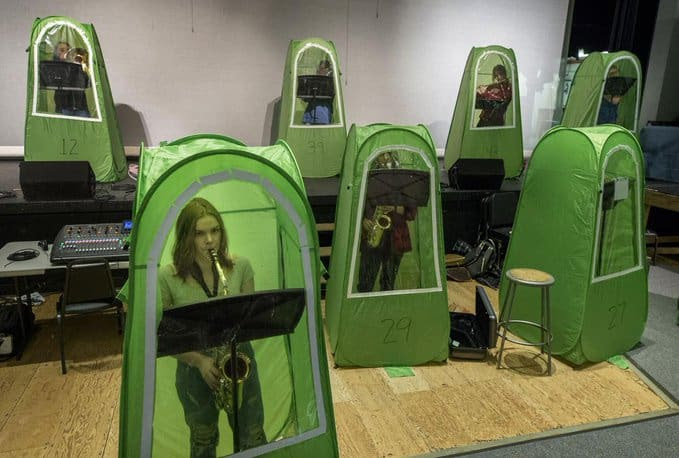 The government’s fascist partnerships with the pharmaceutical industry, the military industrial complex, the tax-free foundations, the technology giants, and their control over all monetary policy, have allowed these few evil tyrants the ability to capture and terrorize over 300 million people in this country, and nearly 8 billion around the world.
If this sounds as ludicrous to you as it does to me, then maybe instead of voluntarily being an obedient slave, you will have an awakening, and finally decide to protect yourself and your family from this marauding scourge called government.
Things will never change unless you change them!