JoeBama injected the advance racial narrative today giving support and cover for rioters in Minnesota if the outcome of the verdict in the Chauvin trial is not the “right” one according to his own views.   Biden stated during media remarks: “I’m praying the verdict is the right verdict, which I think is overwhelming in my view.”

To be clear, the intent of these remarks is to give cover to those who will take to the streets and riot if the jury does not “reach the right verdict”…

This is sociopathic level political manipulation by the Obama Chicago crew; the real team behind the administration.   Continuing to push the ‘anger games’ in the United States is an ongoing effort of the Obama-minded leftists and communist activist groups who support them. 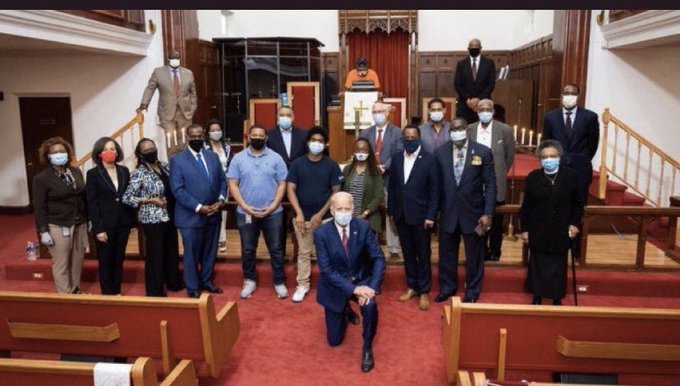 Like the organized riots, looting and subsequent media political constructs, the Biden (actually Obama team) strategy was heavily scripted and not organic.  From the moment representative James Clyburn aligned his AME church network with Barack Obama’s Chicago machine there was a strategy at work.

Tom Perez was the head of the DOJ Civil Rights Division… which is not coincidental because the election of 2020 is the second time both networks have merged upon, and attempted to activate, the Black Lives Matter crowd.  The first time they merged was in Orlando and Miami during the 2012 “Justice for Trayvon” movement.

Black Lives Matter came out of the organization known as “The Dream Defenders”.  The defenders were the younger generational version of the civil rights AME network.

In 2012/2013 President Obama and Tom Perez were able to blend the Dream Defenders into an alignment with Louis Farrakhan, the Nation of Islam, and the New Black Panther Party.

As an outcome of a more bitter ideology, the Dream Defenders became more antagonistic and combative when they launched the rebranded version, ‘Black Lives Matter’.

The newly blended Black Lives Matter network had their first heavy visibility with the “Justice for Mike Brown” movement that destroyed Ferguson, Missouri.

After the Mike Brown pretense collapsed the BLM group moved to Baltimore to exploit the false narrative that surrounded the death of Freddie Gray.

Baltimore was then set ablaze with the leadership of Mayor Stephanie Rawlings-Blake who famously said it was important to give the riot crowd “space to destroy.”

While BLM was fulfilling their role as on-the-street activists, the parents of Trayvon Martin and Mike Brown were making financial trips through the AME church network.

AME holds the faith-based role while advancing an older and more traditional generational approach toward racial grievance.  The BLM message targets a younger generation with guilt and influence to break windows and riots on behalf of ‘social justice’.   To achieve their common goal each group agreed to, or should I say: ‘learned to‘, stay in their lane.

When Jesse Jackson and/or Al Sharpton made independent moves toward the younger BLM activists they were ridiculed and dispatched.  Lessons were learned.  The older race hustlers now stick to the AME crowd where there is a generational respect.

♦SLIGHTED – Despite Barack Obama leaning heavily on the AME network in ’07/’08, by the time you get to ’12/’13, without re-election needs, the AME was less valued.  The open preference for Obama toward the BLM team was visible.  After reelection in 2012 team Obama shifted toward expanding political influence through the Latino community.

Tom Perez and President Obama sought to assemble another race-based coalition with hopes they could merge Latinos (La Raza) with BLM.  However, all of this focus on BLM and the “dreamers” created a problem.  Without maintenance of the social network the AME connection to the Obama-controlled DNC started to fray.

Obama’s focus on a youth movement meant Democrats were taking AME support for granted.  Worse yet, the older AME activists gained nothing from the modern Obama coalition; ‘gaining nothing’ means financial benefits were diminished.

Without their traditional/customary indulgence fees the national AME leadership network, the racial patriarchs of the democrat party, were not happy.

The financial disappointment shows up in many visible ways throughout 2015 and 2016, but the most visible way was in September 2016 during the all black Baptist Convention in Kansas City Missouri. (see here)

There were 25,000 participants at the KC Convention and Hillary Clinton was scheduled to deliver the keynote address.  When it came time for her speech only around ten percent of the general session audience showed up.

It was the first visible sign the AME network leadership was not at all happy with the modern DNC party apparatus as constructed by the new Obama coalition.

The AME network felt slighted and they literally left Clinton with tens-of-thousands of empty seats at the convention.  CTH noticed but the media mostly ignored.  Those of you around at the time will remember the CTH position after this convention optic was the 2016 election looked solid for Donald Trump.

LESSON LEARNED – Fast forward to just before Super Tuesday 2020.  Bernie Sanders has momentum, and is about to become unstoppable.  Bernie was a threat to remove DNC leadership power the same way Trump removed RNC party power in 2016.

Party power is money; billions from the big club at stake.  Now we see why it was critical for Team Obama (BLM) and the AME team to unite quickly that Super-Tuesday weekend; which is exactly what they did.

While James Clyburn quickly notified the AME network, former President Barack Obama activated his control over the DNC network; and signaled to all other primary candidates they needed to drop out in a designed sequence.  The DNC Club made offers they could not refuse.  Remember, club rules.

James Clyburn delivered on his end (AME), and Obama delivered on his (DNC/BLM).  The rest is history.  However, within that history is also a realization that all the alignment means nothing if they don’t successfully activate the network.  That unified activation is exactly what is happening now in the U.S.

The BLM team has been reactivated back onto the streets to create the Alinsky inspired chaos.  Meanwhile the AME team openly embraced Joe Biden and push heavily for his election.  As a result the optics of Joe Biden taking a knee at Bethel AME church were heavily scripted, carefully planned and ironically very appropriate.

The media narrative became “everyone must take a knee.” Note: the DNC network always use three-word phrases: “Hope and Change”, “Take A Knee” etc.

Without the AME network Joe Biden did not stand a chance.  For all intents and purposes James Clyburn was/is calling all the shots.   Clyburn was also the one to approve of Obama’s choice for Biden’s vice-president, Kamala Harris.  The tone-deaf and arrogant lessons from Hillary in 2016 loomed heavy as leverage and as a stark reminder of just how important Clyburn was to Obama’s plan to install Joe Biden.  The AME network will not let the DNC forget it.

The message from James Clyburn to DNC Chairman Tom Perez, and by extension to Barack Obama, was really simple: without me you would have been dealing with Bernie Sanders, and the DNC would be on the brink of disassembly…  so ‘take a knee.’

Obama doesn’t care so long as the larger goals are achieved.  Advance radical leftist policies, destroy the American capitalistic system and fundamentally change the United States by diminishing it, while simultaneously keeping all the wealth under the control of an elite group of aligned interests.

Now we watch Minneapolis for what comes next…. 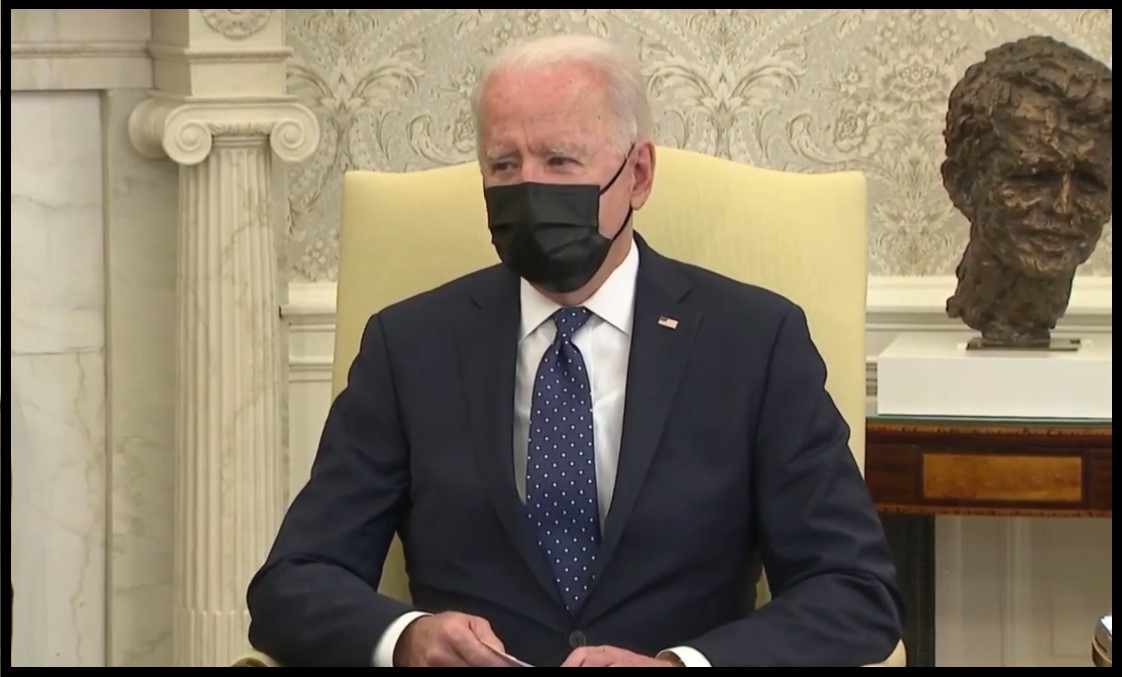 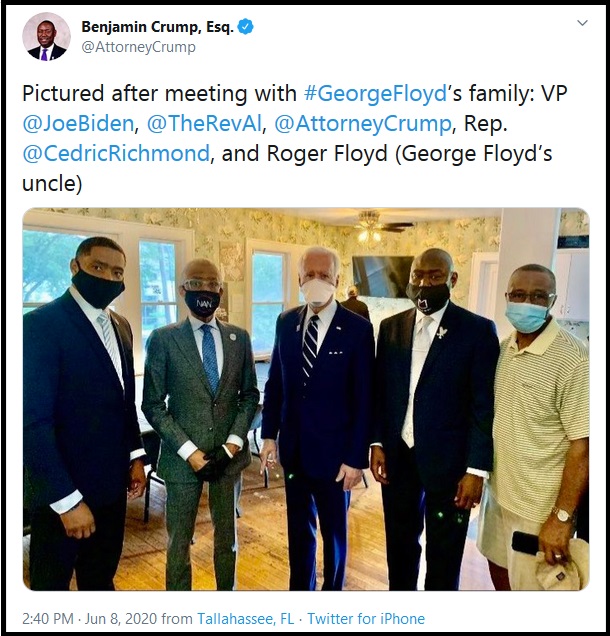 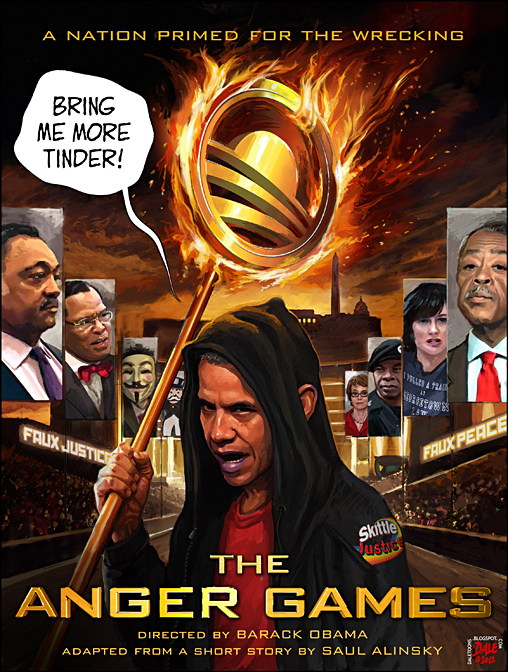