There’s no question that another economic crisis is coming. The only real question is when.

One economic guru after another has been predicting an economic collapse ever since the housing bubble burst in 2008/2009. One of the big driving factors behind their predictions has been the huge federal debt, which just seems to keep rising more and more.

What’s making that even scarier is how the government has been spending money in response to the COVID-19 pandemic. It has been said that the only way that Congress knows to deal with a problem is to throw money at it.

They’ve definitely shown that with their reaction to the pandemic, approving more than 3.4 trillion dollars in “relief” spending. Of course, that figure includes a fair amount of money for pork projects as well.

The scary part is that the government “paid” for this by borrowing money from the Federal Reserve, which is supposedly an independent agency, but in fact is marching along with the government.

In supposedly paying in this way, they created money out of thin air. Having learned how easy it is to do that, I’m just wondering how many things are going to be paid for the same way.

All the way until the economy collapses under the weight of all that debt. It’s not a matter of “if that happens,” it’s a matter of “when.”

It’s hard to predict how the government will react to an economic crisis, a lot will depend on who is in office when it happens. But there are a few things we can take as sure:

FEMA is the real danger to the American people in a time of financial crisis. Of all the government agencies, they are the one who has the authority to deal with citizens during a time of crisis. The problem for you and I is that their authority is so vast in times of crisis, that should they use it all, it would be worse than living in a police state.

There are a few specific things that FEMA can do during such a time, each of which requires different strategies to foil.

FEMA’s authority to confiscate supplies for redistribution is famous. While they haven’t used it yet, the threat of it is very real. 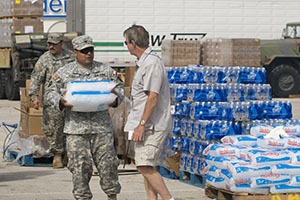 Originally, this authority was given so that FEMA could requisition food from manufacturers, distribution centers and stores. But as with anything else the government does, there’s just enough wiggle room in the way laws and regulations are written, that they can be reinterpreted to allow FEMA to take food from anyone who has it.

That means they could conceivably come and raid any of our stockpiles.

The solution to this problem, of course, is to make sure that nobody knows what we’ve got. In other words, implement good OPSEC (operational security) about our plans and preparation. But it’s going to take a bit more than that.

If you and I are still nice and plump, when everyone around us is losing weight, it will bring us under suspicion. Someone will notice, tell someone else, and eventually it will get to the ears of someone in FEMA, who will probably come knocking on our doors. 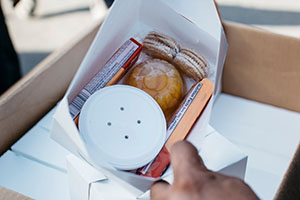 At the same time, accept whatever government handouts are being passed around. If everyone is receiving food from FEMA and you aren’t, that can raise suspicion to. In fact, it would help to make it a bit obvious, trying to work out a way to go with your neighbors, so that they see you getting help.

Finally, make sure that you don’t have everything stored at home. No matter how careful you are, something can go wrong and someone can find out that you’re not in as bad a shape as everyone else.

If that results in a FEMA raid on your home, you don’t want them to get everything. A cache or two of food in remote locations can help ensure that you’re going to still have something.

One of the scariest powers that FEMA has is the ability to relocate people at will. Intended to give them the ability to help people evacuate from danger zones, the problem is that there are no limits to that power.

They don’t need people’s permission to relocate them. They can do it on their own authority, regardless of people’s desire. 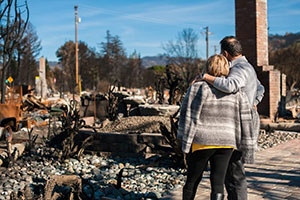 Should FEMA start relocation drives, it will most likely start out looking benevolent. They won’t start out by raiding neighborhoods, clearing out people and loading people on trucks.

It will start with them looking for volunteers who are willing to relocate. The strong-arm tactics won’t come until later.

Still, those early actions can provide us with warning of what is to come. Knowing that will allow us the option of either getting out of Dodge and going to someplace where FEMA isn’t relocating people, or working out a plan to hide when they come looking for us.

They can’t clear out people from everywhere at once, so by following their pattern, it should be easy to determine what areas are safe to move into, while they clear our neighborhoods. We can then work our way back home, after they’ve gone. 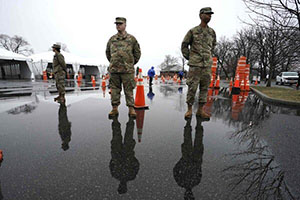 Any move to implement nationwide martial law will definitely be an inter-agency effort.

There’s no way that FEMA has the manpower to do it by themselves. Nevertheless, we can count on them being right there in the forefront, coordinating efforts, when that time comes.

Supposedly, martial law can only be implemented to protect the citizenry from the government, when the government can’t do its job.

Should this happen, we’ll need to keep a low profile. It’s hard to say how far FEMA will go in implementing martial law, but one of the first things that they will probably do is to start seeking out dissidents and rounding them up.

If there is a Democrat in the White House at the time, “dissident” is spelled: C O N S E R V A T I V E,   G U N   O W N E R, and a host of other terms which can be applied to you and I. It won’t mean ANTIFA or any of the other leftist groups who love to riot and cause damage. 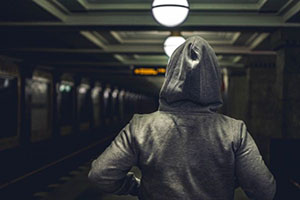 The only solution to this is to keep a low profile.

Don’t be the one speaking out against the government. Don’t complain about what’s going on.

Be the grey man as much as possible, so that you don’t attract attention to yourself.

Along with martial law, we can expect FEMA to start confiscating firearms. Those on the political left will use any excuse they can to take our guns away, and the rising crime that goes with a financial crisis will give them a handy excuse.

They will react the same way that the Democrat mayor of New Orleans did during Hurricane Katrina, using the opportunity to get guns out of citizens hands.

Regardless of how they go about confiscating guns, you don’t want to put yourself in the position of fighting back. Oh, I know there are a lot of people saying “Over my dead body” out there; but if you fight back, that’s exactly what it will be.

Unless you are willing to die to make a political statement, which will probably be misreported by the media, then taking a stand against armed officers is a losing battle. Even if you win the first round, you won’t win when they bring in the second round.

This isn’t to say that there isn’t a time to fight. It’s just to say that you don’t want to be in the position of fighting alone. Rather, if you are that strongly against the government taking guns away from people, get together with a group of others and take a stand in a more meaningful way.

In the meantime, make sure that you have guns which are well hidden, so that if government agents search your home, they won’t find them. Allow them to find some things; but not everything.

That way, they can go away feeling like they’ve accomplished something, cleaning you out. But you’ll still be armed and able to defend yourself or join the resistance, if that becomes necessary.

You’ll have to decide if storing guns in your off-site food caches is a good idea or not, but you’ll definitely want to store some ammo there. Make sure it’s for the caliber of firearms you’re going to hide, so that you have plenty to work with, should that time come.