Democrat Joe Biden’s radical nominee for the Federal Communications Commission (FCC) could use her position to silence conservatives, leading telecommunications experts are warning.

Experts are raising the alarm, however, that Biden’s decision to put a career political activist in charge of the FCC could transform the agency into a bludgeon for the Democratic regime to attack conservatives.

Sohn has previously called for the FCC’s authority to be expanded to allow the agency to investigate and regulate conservative networks.

She has suggested that one of America’s leading conservative broadcasting companies should be stripped of its broadcast license.

She also founded a nonprofit that is actively lobbying cable providers to drop the right-wing One America News Network (OANN).

Have your say – ⇓ Hit the comments below ⇓ 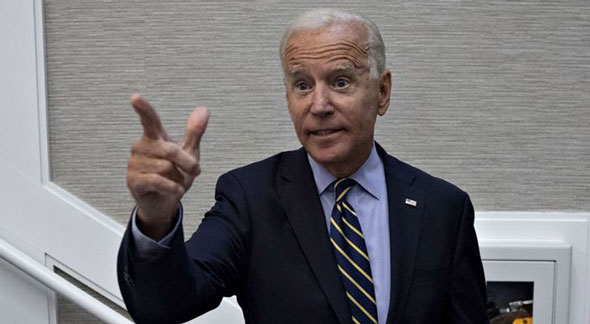 Sohn could soon have the power to act on these radical positions, which some say is cause for concern.

Katie McAuliffe, the executive director of the pro-market nonprofit Digital Liberty, said Sohn has one major outlet to hamstring conservative media: She could “use the broadcast licensing regime to challenge someone’s use of the airwaves.”

Television networks need to obtain an FCC license to broadcast on the air.

The agency has the authority to revoke licenses it has already issued.

If confirmed, Sohn will be one of five commissioners who rule on broadcast licensure.

Sohn has throughout her career indicated where she falls on this issue.

After right-leaning network Sinclair in 2018 called off a merger with Tribune Broadcasting, Sohn questioned whether “Sinclair is qualified to be a broadcast licensee at all.”

Avoid Internet censorship by subscribing to us directly

She has also called for congressional investigations into Fox News for broadcasting “few if any opposing viewpoints.”

Licensure is not the only area in which Sohn has called for more aggressive FCC intervention.

She last year endorsed the activist group Free Press after the group petitioned the FCC to make greater use of the “broadcast hoax” rule, which allows the agency to intervene when broadcasts cause “substantial public harm” to the public interest.

The petition specifically names the former president’s March 2020 claim that “I hear the numbers are getting much better in Italy.”

Sohn is a longtime progressive activist known for her “personal relationships with power players all over the capital,” according to The Hill.

She co-founded Public Knowledge, a nonprofit that ”promotes freedom of expression” and “an open internet.”

Public Knowledge president Christopher Lewis told the Free Beacon that the organization has no interest in government mandates against protected speech but said, “It’s hard for us to fight for free expression when there’s so much disinformation.” 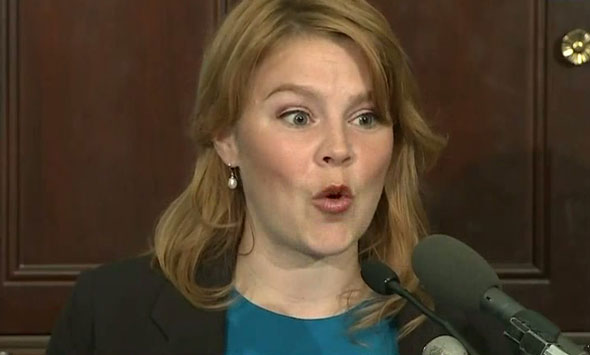 Although the group is working to pull OANN off the airwaves, Lewis asserts that the group remains committed to “free expression and promoting diversity of content.”

The Free Beacon reported this month that OANN has thrown its weight behind Sohn’s nomination in the hopes that she will be an ally in disputes with cable carriers.

Sohn faces an uphill battle in the Senate, where she is expected to appear on December 1.

Senator Lindsey Graham (R-SC) has called her “a hack” and vowed to fight her nomination.

One source told the Free Beacon that three or four Democratic senators are considering opposing Sohn because of her support for net neutrality.