Working to stop the spread of the fall armyworm plant pest has become a global priority. Fall armyworm is already present in more than 70 countries, wreaking havoc on crops, livelihoods and food security. ©FAO/Lekha Edirisinghe

(FAO)* — Fall armyworm is one of the most dangerous plant pests in the world, feeding on more than 80 crops, and affecting plant health in more than 70 countries with many others at high risk of introduction.

The regions where fall armyworm is absent or where its spread is limited can be counted on one hand. Due to favourable conditions in southern Europe, southwest Pacific, the Near East and North Africa, countries in these regions are particularly at risk of severe damage if fall armyworm is introduced into their territories.

Many countries and regions of the world have now listed the fall armyworm as a priority pest to identify and prevent, due to its incredibly high reproductive rate and the virtual impossibility of being eradicated once established. Working to stop its spread has become a global concern.

That is why FAO and the International Plant Protection Convention (IPPC) have developed new Prevention, preparedness and early response guidelines to limit fall armyworm’s spread worldwide.

These guidelines offer globally harmonized measures and actions that countries can take to minimize the spread of the pest and protect their territories.

Prevention is better than a cure. This is particularly true of fall armyworm, as once it has found itself in a new territory, the only thing countries can do is to control its presence and manage the damage. Countries should set up prevention and preparedness plans while the pest is still absent. Check the guidelines to find the important elements to include in this plan. Investing in prevention saves countries technical and financial resources.

Fall armyworm causes annual yield losses worth USD 9.4 billion in Africa alone. Based on estimates from 12 African countries, up to 17.7 million tonnes of maize, enough to feed tens of millions of people, could be lost annually on the continent if this pest is not properly prevented and managed.

Fall armyworm feeds on more than 80 crops, including maize, wheat, sorghum, millet, sugarcane and cotton with potentially devastating consequences on food security and livelihoods. To prevent this, countries can conduct a pest risk analysis to determine the pathways by which fall armyworm may enter and strengthen the phytosanitary measures to be taken against it. 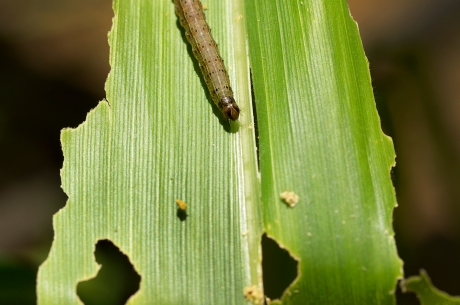 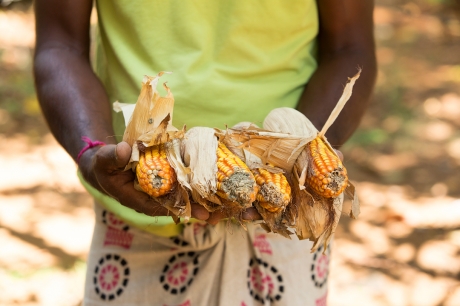 FAO and the International Plant Protection Convention have developed prevention, preparedness and response guidelines to help countries minimize the spread of the pest and protect their territories. ©FAO/Lekha Edirisinghe

Every year, over 180 countries from all over the world come together to adopt international standards for plant health and identify measures to ensure that plants and crops entering a country aren’t carrying pests that are subject to quarantine.

Once a country knows it is at particular risk of fall armyworm entering, it should update the status of the pest and the list of commodities subject to any phytosanitary import requirements.

This action is crucial to trade plants and agri-food products in a safe manner and to avoid pests being introduced with commodities, vehicles or other means.

Currently, countries in southern Europe, the Near East and North Africa and the Pacific regions are particularly at risk of introduction.

Border officials must be well trained to stop fall armyworm by all possible pathways. Luckily, fall armyworm can be spotted and identified without any special equipment. A hand lens and a close eye are enough to detect this pest, even in its early stages.

Border inspectors should check the underside of leaves for eggs and use pheromones traps during inspection. Adult worms can be found in commodities that are transported and chilled; laboratory diagnostics can also confirm specimens found.

As one successful example, through phytosanitary inspections of consignments at entry points, the European Food Safety Authority (EFSA) was able to intercept the fall armyworm on commodities entering Europe.

These included sweet or hot peppers, eggplants, asparagus, maize, cut rose flowers and other plant species that are not major fall armyworm hosts. According to EFSA estimates, over a million individual larvae could enter the European Union annually through host commodities. 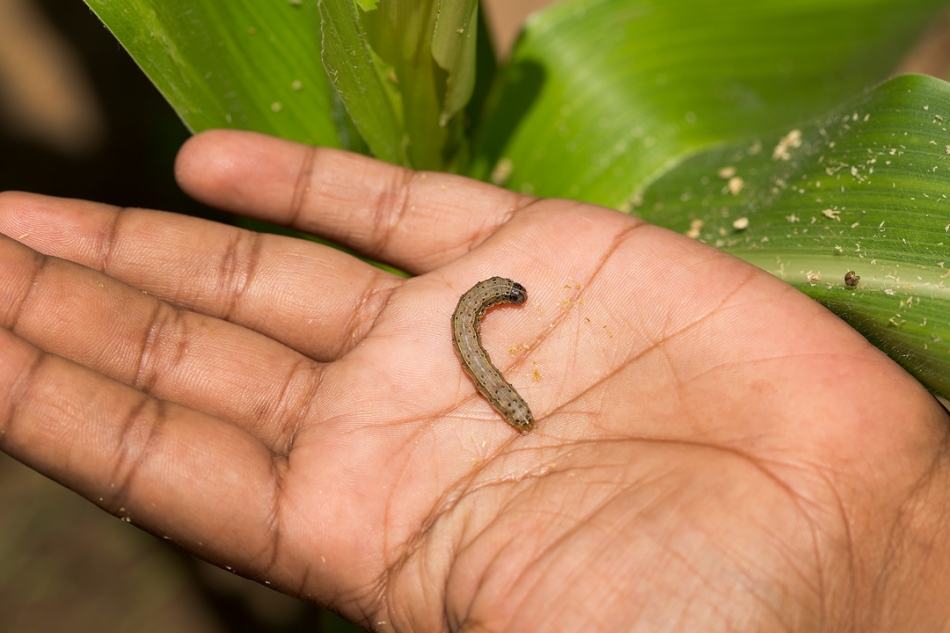 Border officials must be well trained and prepared to spot and stop fall armyworm. Luckily, it can be seen and identified without any special equipment. ©FAO/Lekha Edirisinghe

5. Let others know about the risk

Communication is critical not only to monitor and manage fall armyworm before and after incursion but also to share information and best practices that may help countries take appropriate actions against the pest. Developing pest risk communication strategies and stakeholder awareness programmes is essential to help farmers, growers and the industry in general get ready in case of a fall armyworm introduction.

Government agencies and plant protection organizations can provide technical advice on how to identify fall armyworm and the way to report its presence to national authorities.For example, the plant protection service of Lombardia, Italy has launched a mobile application to engage citizens and professionals together in pest prevention and rapid alert.

Through the FitoDetective app, people can learn more about pests, including fall armyworm, and send reports, which will be verified by local phytosanitary inspectors.Preventing the spread of fall armyworm and other harmful pests to new areas is a global task.

By implementing the FAO/IPPC guidelines on fall armyworm prevention, preparedness and response, countries can make a collective effort to minimize food and livelihood losses and protect plant health around the world.