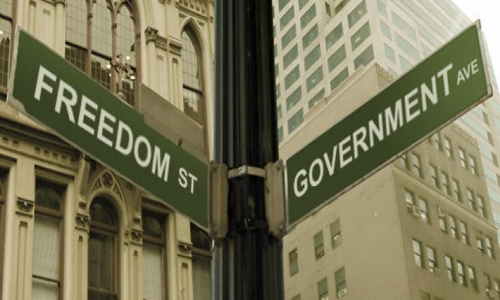 Today first noting that Chinese President Xi Jinping sent a New Year greetings telegram to President Putin containing the message: “I am deeply satisfied with the results of the development of relations between China and Russia…In 2022, our countries will celebrate the Chinese-Russian Year of Sports and we will write a new page in the history of friendship between the two countries, passed down from generation to generation”, says in stark contrast to this message of friendship, it was just reported that Supreme Socialist Leader Joe Biden was “told to scare Russia with new sanctions” by his warmongering allies, who ordered the White House to “launch a diplomatic counteroffensive” against Moscow.

At the same time Socialist Leader Biden attempts to scare Russia, this report notes, he ordered the Pentagon to streamline the process for sending National Guard troops into Washington D.C. to fight against American citizens—sees Biden’s plan to use military force against Americans being triggered by events like tens-of-thousands of Austrian citizens openly gathering in defiance of their government’s New Years lockdown order—in Italy saw its citizens putting on an epic New Years fireworks display in defiance of their government’s lockdown ban—and in a horrifying first in Covid pandemic recorded instance, yesterday it saw an anti-mask and anti-vax Australian protester burning himself alive. 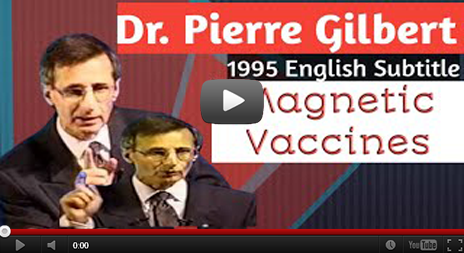 Security Council Members in this transcript note that the “draconian streak” Australia uses to deal with Covid, that includes concentration camps, massive fines for unmasked citizens, and ostracizing those refusing experimental vaccines, is the exact opposite of measures ordered by President Putin, who sided with Covid vaccine refuseniks and warned “action force is always equal to reaction force”—a “reaction force” put on full display for the entire world yesterday when this now near death Australian man shouted out against “action force” government Covid mandates, then doused himself with petrol and lit himself on fire—and was a “reaction force” stand against “action force” tyranny displayed by 48-year-old Mohamed Bouazizi, who, on 17 December 2010, suffered his last humiliation at the hands of socialist Tunisian government despots, then doused himself with petrol and lit himself on fire—a fire that not only took the life of Bouazizi, but burnt down the entire government of Tunisia—then it raged across the entire Middle East toppling government after government in what is now known as the Arab Spring.

With a “reaction force” of powerful proportions against socialist “action force” tyranny rapidly reaching an untenable level in America, this transcript sees Security Council Members noting that even the leftist New York Times is now reporting: “The American people are growing tired of the role of government in their lives…They are sick of lockdowns and masks for Covid…They are sick of the government at every level interfering in our schools and telling us what our children are taught…And they are sick of government programs that have hobbled our country and increased our massive debt”.

The New York Times revealing such alarming truths like: “In our anger-filled age, when people need to shop or travel or cope with mild disappointment they’re “devolving into children”…only 39 percent of the respondents said they believed that America’s tone was civil…There’s a lack of outlets for people’s anger…That waiter, that flight attendant — they become a stand-in for everything coming between what we experience and what we think we are entitled to”—“It is a strange, uncertain moment, especially with Omicron tearing through the country…Things feel broken…The pandemic seems like a Möbius strip of bad news…Companies keep postponing back-to-the-office dates…The Centers for Disease Control and Prevention keeps changing its rules…Political discord has calcified into political hatred”—“The pressures of the pandemic and the deterioration of elected officials’ behavior — the shouting, the threats, the hatred — have given normal people license to act out”—and sees them citing Scott M. Broetzmann of the consulting firm Customer Care Measurement and Consulting, who after viewing their latest study on consumer anger stated: “When we founded the study, I never thought that the environment would be like it was today…I would never in my wildest dreams have imagined that we would be seeing people fighting on planes and beating each other up”.

Joining the grim New York Times assessment of the American people’s present mood, this report continues, is new polling revealing that the overwhelming majority of Republicans believe that Biden was not legitimately elected and that about one-third approve of using violence to achieve political goals—sees leftist CNN warning that when putting those two numbers together you have a recipe for extreme danger.

In viewing these alarming poll results to better understand them, this report details, the leftist Washington Post cited Anthea Ward, a mother of two in Michigan, who stated: “The world we live in now is scary…I don’t want to sound like a conspiracy theorist but sometimes it feels like a movie…It’s no longer a war against Democrats and Republicans…It’s a war between good and evil”—sees them citing Don Whittington, a senior citizen in Alabama, who stated: “What I can see across the country, there is going to come a point where people, both Democrat and Republican, are going to quit putting up with the things that are taking place”—and sees them citing Rob Redding, an independent journalist in New York, who stated: “We are in a state where we’re going to have to arm ourselves, absolutely…I’m a Black man in America…I believe in protecting myself”.

This transcript sees Security Council Members all agreeing that instead of the American leftist propaganda media prodding around the edges of what’s occurring, they’d be of better service if they truthfully explained that what’s occurring, not only in the United States, but throughout the entire Western world, is “Mass Formation Psychosis”, that’s defined as:

Psychosis is when people lose some contact with reality. Mass formation psychosis is when a large part of a society focuses its attention to a leader(s) or a series of events and their attention focuses on one small point or issue.

Followers can be hypnotized and be led anywhere, regardless of data proving otherwise.

A key aspect of the phenomena is that the people they identify as the leaders – the ones that can solve the problem or issue alone – they will follow that leader(s) regardless of any new information or data.

Furthermore, anybody who questions the leader’s narrative are attacked and disregarded.

Free-floating anxiety is a general sense of uneasiness that is not tied to any particular object or specific situation.

When followers start to participate in a strategy to deal with the object of anxiety, new social bonds typically emerge and people change from a highly aversive negative mental state and isolation, to the exact opposite to the extremely high-level of connectedness that exists.

One of the world’s leading researchers of “Mass Formation Psychosis”, this report notes, is clinical psychology Professor Mattias Desmet at Ghent University in Belgium, who in a just released video explains how it was used by socialist forces to create Nazi Germany and the Soviet Union without the citizens of these despotic nations even knowing what was going on, and how completely they were being manipulated.

With the American people now consumed by “Mass Formation Psychosis”, the conclusion section of this transcript sees Security Council Members agreeing that when this fact is added to the polling showing how close they are to erupting into conflict, the main cohesive buffer of unity that keeps entire societies from collapsing into chaos has disintegrated—and is why warning articles like “2022: The Year Of Breakdown” have begun to appear, that methodically document what’s occurring, and concludes:

Our economy and society have been optimized for failure.

If we look at the fragility and instability of essential systems, it’s clear that 2022 will be the year of breakdown.

We’ve collectively lost the ability and willingness to deal with crises for which there is no happy-story ending.

We only want to hear the optimistic story, the glimmers of hope, the miracle cures, the painless tech fix, etc., and if we get a dose of reality instead, we’re quick to dismiss the bearer of inconvenient news as an alarmist, a doom-and-gloomer, etc.

Drifting along in a daze of disconnected-from-reality complacency we are completely unprepared to deal with realities that don’t respond to magical thinking, optimism, hope and tech fantasies. 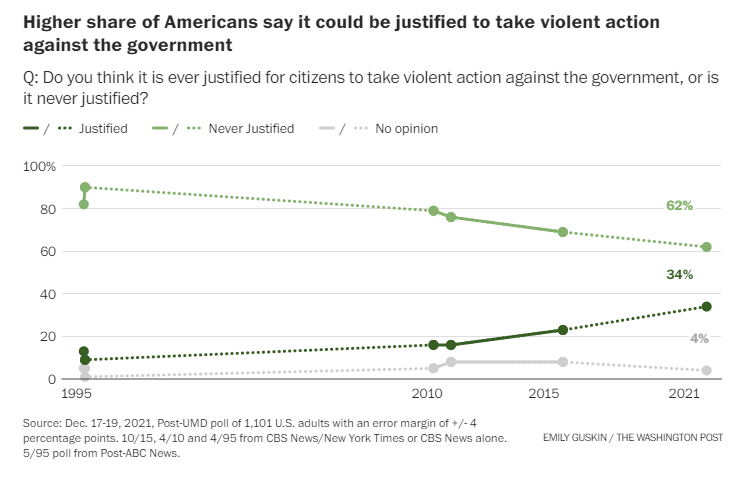 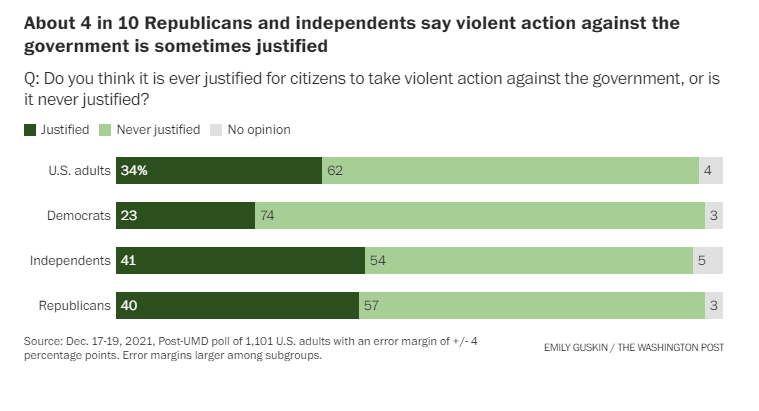 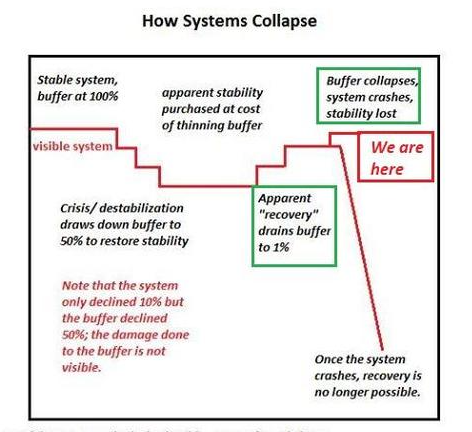 – How to identify prophesies coded in the visions of four men whom God revealed information about the latter days to.
– How to survive each day with little necessities of life like little food, no technology as there will be no electricity, and sometimes poor housing.
– How to preserve medication and food at home without chemical preservatives or a refrigerator.
– How to identify biological weapons and chemicals thrown your way, understanding how they affect your body and what to do about it and also how to avoid it and stay safe.
– How to make protective clothing to shield you against chemical weaponry using simple household items. This covers you when an attack is imminent and you do not have the necessary gear or did not have time to buy required gear.
– How to craft a plan to survive even when times become challenging. Here, Cain explains simple military science to help you survive at home. You will need to use simple equipment and substances available at home.
– How to distinguish clean water and food from ones that have been contaminated after an attack. This keeps the family safe and free of diseases that may be caused by contaminated food or water.