Is The Real Britney Spears Still With Us After A Career Of MK Ultra? Britney Has Been Glitching… She Literally Sang, “She’s Been Cloned”… She Posted Nude Selfies, And Is Calling Out Her Family For Extreme Mistreatment… Here Are  Some Speculations And Why She Needs Our Support And Prayers!!

3.  To follow along with the cloning thing, the facility is a place that does exist in real life, and it’s also a place that can be visited in astral during sleeptime. I know it’s a bit confusing but just go with it.

4. Donald Marshall has spoken of Britney Spears at the cloning facility. There is tons of speculation as to whether or not Britney is still alive.   Here is one good link from a truther website. https://amg-news.com/archives/12108

5.  This story is close to me in some ways, because Donald Marshall also mentioned me at some point being at the cloning center, sometime back in 2012… I can’t find the reference, but Donald Marshall researchers and Donald Marshall himself, will know this was mentioned.  I had done my own spiritual research on the matter, via Ivan Teller, and was told this was true, however I was an astral visitor… I was even told that I visited with Queen E. in astral and that we ‘know each other’.  This doesn’t mean that I’m with the reppies… but that in the bigger spiritual picture, I’m basically everybody’s friend, and sometimes visit with other souls to share insights… of course, I remember none of this in awake time… I’m simply relaying what I believe to be truth.  Remember, I’ve been publically sharing cloning research for well over a decade now, as recently as today, in fact.

6. Now back to Britney…  there has been some speculation that she was replaced with a clone since as far back as 2009… I have no resonance with that one way or the other… however, I did come to believe that Britney Spears was MK Ultra, as  she exhibited MK Ultra traits such as memorizing lyrics and complicated dance moves for her tours, and her grueling work schedule would be another clue.

7.  One window of clone replacement may have been when she shaved her head, and said that she didn’t want people to touch her anymore… to me, this is a similar energy to when the real Kanye West made “that speech” at one of his concerts, and then went away for ‘psyche treatment’, but in reality, he was replaced with someone with different skin colour, different mannerisms, different energy altogether… to me, he was replaced with a clone.  So Britney could have been replaced at that point however…

8. Britney’s energy as recent as her America’s Got Talent stint reminded me of someone who was just plain tired… if she had been cloned, they normally they don’t exhibit that human energy of being tired about living… and another clue that she could have been the real Britney at that time, as that ever since then, she had that some energy in her eyes, as the Olsen Twins… as young women who have been through alot as a child, that’s all I’ll say on that matter.

9.  Something very strange… the song Screen And Shout with Will.I.Am… is credited as Britney singing, with a British accent, and fans didn’t react to her British voice on that song, but it turns out… it was actually a Brit that sang it… and NOT Britney at all. Even weirder… the video featured multiple Britneys… more cloning clues?

10.  Now… if Britney was MK Ultra, she had absolutely no artist say in her songs and videos or anything… but she might somehow experience the pressure of it all. This is why MK Ultras do have breakdowns… like the human is trying to break through.

11. Pretty sure her family knew she was MK Ultra, and may be complacent in a brainwashing programs… just a hunch, and I have my reasons. Her sister too, may be MK Ultra, since there is the Nickelodeon connection… and it’s safe to say there might be MK Ultra connections with popular tv shows.

12.  Most recently… Britney has been involved in a court case where she was seeking emancipation from her dad’s control over her career and finances. 13.  Also, Britney has been posting naked selfies… and has a bit of a drugged up look in her eyes. https://www.google.ca/search?q=britney+spears+naked+selfie&source=lnms&tbm=isch&sa=X&ved=2ahUKEwiS45Sowb_1AhWJnGoFHRLGDgUQ_AUoAXoECAEQAw&biw=1536&bih=662&dpr=1.25

15.  In these selfies… there is some controversy in that her tattoos are not seen, and she claims to have photoshopped them out.

16.  Recent research uncovered her partying with Epstein Island alleged child human trafficker Ray Chandler. This photo appears to be fairly recent, just a hunch! https://duckduckgo.com/?q=ray+chandler+epstein+island&atb=v255-1&iax=images&ia=images In this link you will see Ray with many celebs, politicians and powerful people… Q said Ray Chandler is like Allison Mack x 100… who was convicted for human trafficking. 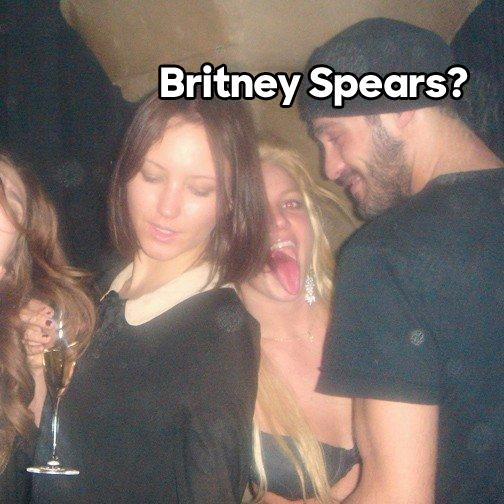 17. Ray Chandler was brought into the spotlight when she recklessly began posting numerous photos suggesting child human trafficking, and one of the few photos released to the public that may feature the cannibalism of Epstein Island. 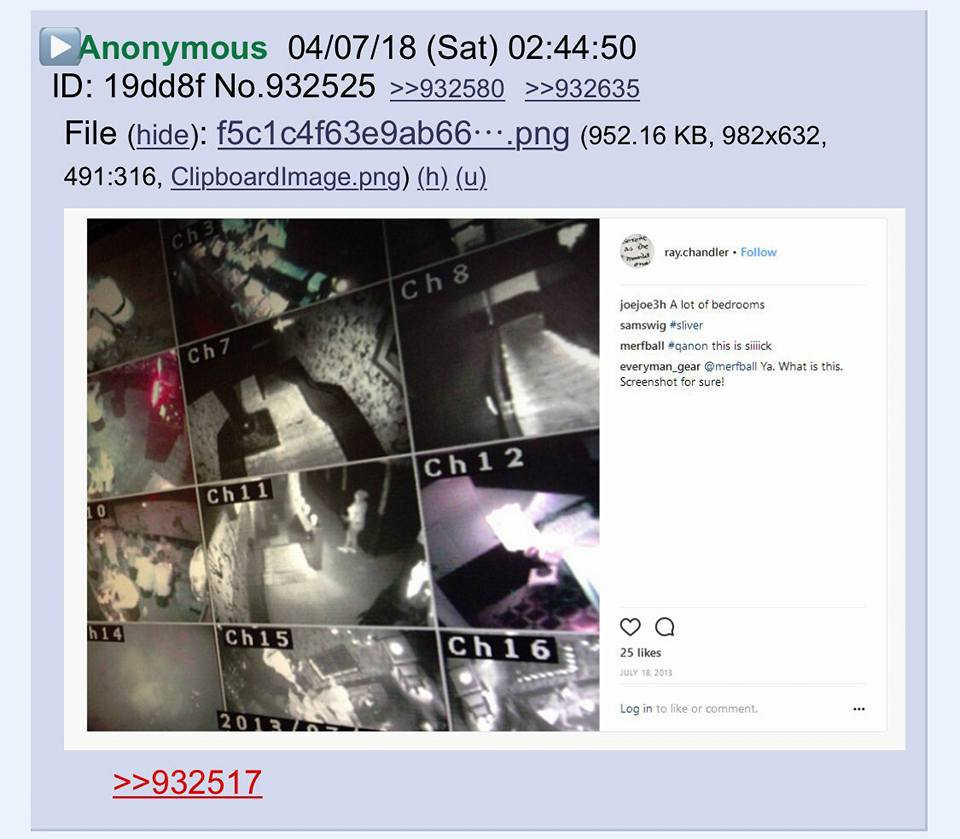 18.  So what are we all to make of all of this.  You must know that when people are MK Ultra, they usually don’t break free.  In recent times, are we looking at a clone, a replacement, a cgi version of Britney and is real Britney even alive? Here’s what I believe after sharing all of this, and reflecting.

19.  I believe Britney is still alive… and that she’s been through a most intense form of mind control, that probably began sometime after her initial early successes.  She tried to break through during the she shaved her head, and she’s trying to break out now.  In the meantime this is a very sensitive time for her… she probably glitches back and forth to her sex slave programming, (remember the song “I’m a slave 4U”… it was no joke, well, it was an inside joke of her handlers).  Does she still even have a handler?

Perhaps if it would be someone it would be her dad, as Britney has claimed her dad had controlled her career, money, and basically her entire life. Also… it’s possible and likely, that MK Ultra’d people may have their codes shared with other people, “I’m tired of everyone always touching me”.

Her boyfriend is likely MK Ultra, as he is now getting an action role career going, and that’s a big telling feature, for those in the supersoldier program.  His overly ripped body is another clue, and the other clue is the pic above.

20.  Britney is showing signs of breaking through this time… and she needs all our prayers and support.  I do believe we still have the real Britney with us, and she is showing glitches yes, but also showing remarkable strength and connection to the truth.

21. Her story is important because there have been many like her, and many still immersed in the mind control of MK Ultra. MK Ultra is one of the saddest legacies of humanity, that humanity was so far asleep that we accepted that people would be tortured and brought to the brink of death, alll for our entertainment and our own mind control.  We are all Britney Spears. Thank you for caring about her story and lending her all the support you can muster.  Pray that all mind control ends on this planet right NOW… and so be it! Love, Indian