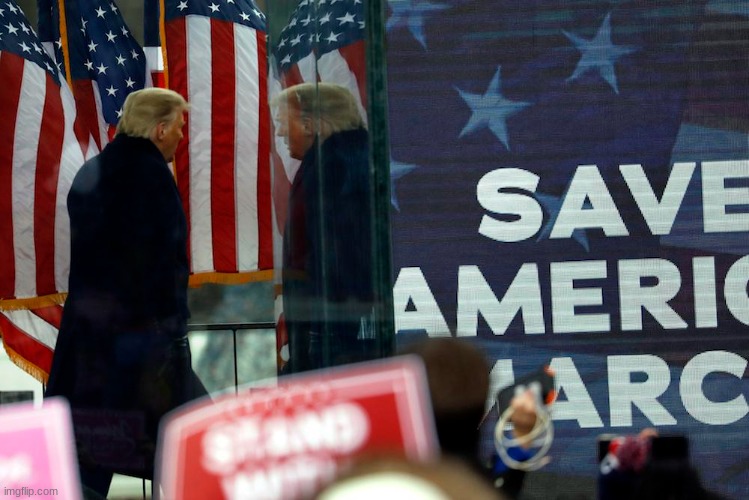 You hear all these “crazy” things, like Trump never left office….. and the military is in control, don’t worry…. and I know that this is confusing to millions of people all across this country.

Okay, so, begin with the fact that the U.S. Military, specifically the U.S. Army, has been in control of the country since 1863. This is what Lincoln did when he issued the very first “Executive Order” as Commander-in-Chief, which is otherwise called “General Order 100″ or the “Lieber Code”.

The military nabobs have never relinquished control ever since. So, this is nothing new. This is the way it has been in living memory. The military has been running everything and the rest is just for show.

No doubt that is alarming to many people, but, tough, that’s the way it is and the way it has been for 160 years.

As for Trump not leaving office, you have to ask yourself what office of “the President” he was in?

As Commander-in-Chief he can continue on indefinitely.

Imagine that, for their own reasons, Ford Motor Company and General Motors get together and run things under one heading, functioning as the United States Motor Company.

The U.S. Military and the Federal Civil Service cut a deal. They each continue to be separate and have their own spheres, but they agreed to present a united front to the public and have one elected President.

This solution bumbled along pretty well, until 2020, when the Military decided not to be an accommodation party any more.

Now you have Trump as the held-over (there are mechanisms for this) Commander-in-Chief. So, he’s not “President” of the

Joint Venture per se, but he doesn’t need to be, to remain in control of his own sphere.

But, but, but….isn’t the President always the Commander-in-Chief?

That’s what people are talking about when they say that Trump never left office and also the reason they claim that the military is in control of the present situation.

It’s all true, it’s just completely foreign and unlike anything that Joe Average American could ever expect, given the fuzzy pablum he has been fed about American History.

The USA, Inc. and the US, INC. (operating under however many names and through however many franchises) are two immense, foreign, for-profit commercial corporations. Instead of selling cars and trucks, they sell government services.

As President of the USA, Inc., Mr. Trump inherited the Office of Commander-in-Chief—- and that “Presidency” continues no matter what happens to the 1937 Joint Venture with the US, INC.

Biden Administration is doing makes no sense, it’s probably because you are not seeing all this in the context of being in the middle of the largest and longest-running civil war in history.

Mr. Trump told you that this is a war and that he is a wartime President. Believe it.