Patriots win, first domino ready to fall, Dr. Fauci is a fraud and is fooked, covid updates and R we at a convergence of red pill truth bombs? At what stage in the game do you play the TRUMP card? Check out Sidney Powell as she treats us to a Queen of Hearts Trump card from Dallas, Texas! Could it really be Diana Queen of people’s hearts? Who else is a TRUMP card? It’s going to be a hot summer. Enjoy the show!

“Durham Report is out. Everything declassified, military saw evidence voter fraud foreign and domestic. Vatican paid for Leonardo satellite that accessed Dominion servers to hack the election and change the votes, Vatican raided, ARRESTS made, and laundered money & gold made from all deep state drugs, human trafficking and pedophilia CONFISCATED. Video taped confessions will be shown to the public, Military Tribunal trials, and sentences for treason.

Since 1871, USA Incorporated has been stealing from citizens and illegally formed IRS collecting taxes which is against the Constitution. Before leaving TRUMP enacted Nesara which was passed in 1999 but kept from us by BUSH, CLINTON & OBAMA administrations which will forgive a lot of Citizen debt, and our national debt is paid by recovered deep state cabal assets.

President Trump will run in new elections monitored by military using Quantum blockchain voting system with voter ID that cannot be corrupted. Proven that Trump won 80% of the vote the first time winning all states except one including California. He will return in Spring as our 19th president of our Republic going back to our original Constitution and power to the people. Since 1871 & 18TH president Ulysses Grant, all presidents were elected under USA Incorporated which is now bankrupt and dissolved & did not follow the constitution.

The Deep State also kept thousands of patents hidden from us with Aerospace and medical technology that will bankrupt big pharma, hurt auto industry, oil industry & military industry. We have been taking unnecessary drugs & vaccines for diseases, they already have cures for including cancer. They also have free energy that was never revealed to keep the big oil industry going.

The whole world will live in a financially secure world and eliminate poverty. We came very close to the globalist keeping these secrets from us and enslaving us with tyrannical One World Government and their plans to depopulate the Earth for only the ELITE chosen few. Thank God for his divine intervention using President Trump to carry out his plan!

More details to come and many people to be woken up in the coming months. You have been watching a movie that isn’t reality, and Biden is not in control!! The military controls our new Republic. That is why they did not send a military plane to pick up Biden for his inauguration and that is why the department of defense will not follow any of his orders.

Biden does not have the nuclear code. Biden sold us out to China and we are now at war with China so he is the enemy. We are at War with China that infiltrated all six corporations that control our media, and bribed politicians, judges, our courts up to the Supreme Court, CIA, FBI, DOJ, state legislators, BIG TECH, SOCIAL MEDIA, and our lower & higher education.

We Are Watching a Movie – Enjoy the Show!

An alliance in our military saw this evil corruption since the CIA assassinated JFK under direction of George Bush who was the CIA DIRECTOR. George Bush SR as president ran drugs from Afghanistan and Mexico, and also a human trafficking and pedophilia operation.

Military alliance have been working on a plan to take our Republic back since then but they needed the executive office that could not be corrupted or bribed and they chose Trump. Trump was very close friends with JFK Junior in New York and when he saw the Twin Towers go down and then the Third World Trade Center building implode he knew it was an inside job.

NESARA was supposed to be announced 9/11 but the false flag event distracted from that! All the documentation for NESARA was in World Trade Center building 7 that was imploded along with the towers and they strategically struck the part of the Pentagon that had all the records on NESARA. It is believed that BUSH JR, the president at the time was behind it along with his father. NESARA would have revealed the Deep State and taken all of their fortune.

I know it is hard to believe all of this but all the evidence will come out and the Bush family did confess. The notes that everyone got at George Bush’s funeral said…”they know everything.”

3,000+ architects and engineers are demanding a new investigation of the WTC destruction.

Facebook’s policy tweak arrives as support surges in Washington for a fuller investigation into the origins of Covid-19.

The Injection Fraud – It’s Not a Vaccine

Time to Play The Trump Card(s) – Enjoy the show!

At what stage in the game do you play the TRUMP card(s)? 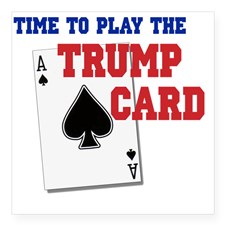 Are the COVID and latex masks ready to come off for good? R you ready? Could Sidney Powell – aka – Diana and JFK Jr. be TRUMP cards? Remember we are watching a movie!

The powerhouse behind the French Rothschilds: Financier Ariane de Rothschild, 55, rescued the family’s Geneva bank as her late husband struggled with heroin

No one has ever walked in front of the Queen let alone pause for effect. This man is a master troller. God love him. Here we have the lovely Diana’s gravesite shaped as a Q. #Winning

GEORGE Magazine did a mock up cover for Diana, does the photo look familiar? #WorldIsAStage #TimeTravel #Paparazzi

This screenshot is from the video “Everyone Must Know This Before it is Deleted” posted by GEORGE! aka Jr’s doppelgänger and nephew Jack Schlossberg.

For the past few years, a mysterious man keeps showing up on Marine One. #HandSignals

Is this Diana in black at Will and Kate’s wedding in London?

THE BBC is facing another major multi-million pound crisis with the possibility of its licence fee being frozen over the next five years or even cut in the wake of the scandal over Martin Bashir’s bombshell interview with Princess Diana in 1995.

Sidney Powell at God and Country in TX

“It Should Be that He Is Simply Reinstated, That a New Inauguration Day Is Set” – Sidney Powell Speaks on Trump in TX on What Happens After the Fraud Is Exposed (VIDEO)

Advocate Sidney Powell spoke at the For God and Country rally this Memorial Day weekend in Dallas, Texas. Where she was asked what would happen if at least some states reversed the results of their 2020 presidential election?

′′We are definitely in uncharted territory. There are times when elections are cancelled, but there has never been a presidential level that has been applied to. This doesn’t mean it’s impossible. There’s always a first precedent. And as far as I know, we’re dealing with the first case of fraud and coup so atrocious in the United States of America. So we definitely need to take care of it. It should be possible to simply reinstate him (Trump) by setting a new day for the inauguration (there was a storm of applause at this point). And Biden is asked to leave the White House. President Trump needs to be brought back.” ~Sidney Powell

Anyone else think Sidney could be Diana, same slender frame, height, arm and neck length. Wearing an Ace of hearts, not the Queen of hearts. #SnowWhite #MAGA Many Are Getting Arrested.

Oh wait what is this? Sidney Powell does not disappoint and gifts us with the Queen of Hearts card on the center of her back!

“Unlike many of the other characters in Wonderland, the Queen of Hearts is not as concerned with nonsense and perversions of logic as she is with absolute rule and execution. In Wonderland, she is a singular force of fear who even dominates the King of Hearts. In the Queen’s presence, Alice finally gets a taste of true fear, even though she understands that the Queen of Hearts is merely a playing card” ~Wikipedia

Queen of Hearts = The Storm is Here

The Truth Is Out!

ALL GAVE SOME – SOME GAVE ALL = 1344 = The Return Of The King, Everything Has Meaning, 555, Humanity Is Awakening, Supremely Confident, Wealth of Information.

When do you play the TRUMP card?

What if there are more than one?