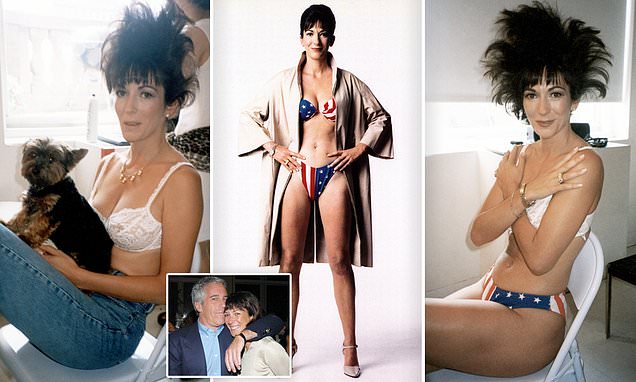 Ghislaine Maxwell Convicted Sex Trafficker Who Hung With Celebrities And Royals Had Access To Buckingham Palace Like No Other… Had Intimate Picnic With Prince Andrew Outside Queen Elizabeth’s Bedroom, Maxwell’s Name Was Kept From Visitor’s Log!!


Prince Andrew has faced massive condemnation over his ties to late American financier and convicted sex offender Jeffrey Epstein, as well as his girlfriend Ghislaine Maxwell. The latter was sentenced to 20 years in prison on sex trafficking and sexual abuse charges.

Prince Andrew and Ghislaine Maxwell had such a close relationship that the Duke gave her “unrestricted access” to Buckingham Palace, The Sun reported citing a former royal police officer. Palace police would reportedly wave Maxwell in as she was allowed to enter “at will” to visit the Duke’s apartments.

Security officer Paul Page, who worked at Buckingham Palace from 1998 to 2004, told The Sun that Maxwell was often seen coming in and out of Prince Andrew’s apartments.

“Myself and my other colleagues formed the opinion they were in some sort of relationship,” he told the outlet. According to Page, Epstein’s girlfriend was one of Andrew’s most frequent visitors in the 00s – the time when the two grew closer, and Maxwell first introduced him to Epstein.

Among the visits, the officer recalled was “an intimate picnic” that allegedly took place “right outside The Queen’s bedroom window.”

Moreover, Page said he and his colleagues were instructed to keep Maxwell’s name out of visitors’ books – something that was “highly unusual”.

“She had access like no other individual outside the Royal Family. She was on another level,” he claimed. “We would wave her in and she would go straight to the quad and straight up to the Duke of York’s apartments.”

If she was for some reason denied access, Page said they would be “screamed and shouted at” by the Duke. Maxwell, in turn, was “not a friendly person” that “almost looked down” on the security guards.

Condemned over his ties to the late paedophile Jeffrey Epstein, Prince Andrew has always claimed that his friendship with him was through the prism of Maxwell, whom he knew “since she was at university in the UK.

“Epstein, who in 2019 was found dead by suicide behind bars after being convicted for sex trafficking, was Maxwell’s boyfriend. The socialite is believed to have been a part of his sex trafficking ring – something she vehemently denies. In late June, she was sentenced to 20 years in prison on sex trafficking and sexual abuse charges.

Not only did Ghislaine Maxwell have Buckingham Palace access… she also had access to the celebrity world, which is strange since she didn’t display any particular talent or reason to be there among them!

Many are speculating that even though she was convicting of sex trafficking… that much more was going on! Note that all of the visitors to Epstein Island were basically FRONT LINE propaganda pushers of the plandemic!!

This Britney Spears Scandal Bigger Than The Rest Put Together!! Spears Parties With Ray…

May 11, 2022
This Britney Spears Scandal Bigger Than The Rest Put Together!! Spears Parties With Ray Chandler Who Q Says Openly Flaunted Pics Of Epstein Island…

January 18, 2022
Bitchute He’s named after a candy… she has ‘truffle’ tattooed on her inside lip… how ‘sweet’… wink wink. Both are friends of Epstein… who has…

Epstein Island Celebs Mission IS Corona!! Do You See The Crown On Wilson The…

March 28, 2020
Epstein Island Celebs Mission IS Corona!! Do You See The Crown On Wilson The Volleyball Yet? Now the world is in quarantine like the character…