(ALL YOUTUBE LINKS ARE IN RELATION TO THIS ARTICLE)

https://www.brighteon.com/channels/Thetaxcollectormat << LINK to one of the Official messengers of Christ. Including **THAT** banned video, Sir Matthew Lovell 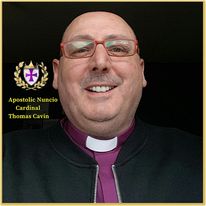 Apostolic Cardinal Agriculture & Environment of the United Kingdom & Europe for the Ecumenical Order of Christ & CMO at GODcoin Investments.

Anyone who has been paying close attention to our teachings, and the unfolding of end-time events, knows that the video “I, Pet Goat II” was a very deliberate Illuminati revelation to help those on the path of enlightenment understand the final pages of our “Magnum Opus”.

To the credit of those who have been studying the video since 2012, many have correctly deciphered much of its saliency, but because most people fear social scrutiny, the more controversial points within the video are usually overlooked… None more so than the enigmatic “C7″.

In the beginning seconds of the video, President George W. Bush is depicted as a performing puppet, made to appear as an idiot (despite being one of the masterminds behind 911), so that by comparison, his successor, President Barack Obama, would appear to be the great scholar seated behind the Resolute Desk.

The classroom is adorned with symbols of evolutionary enlightenment, and its primary student is “Lily” (Alice), the representation of the “Chosen” of New Kingdom Epistle 1: The Determination of Nations.

Lily (Alice) is surrounded by the Lord’s Apostles, all of whom are visibly worn by their long mission, and continually injured by being wrapped in their Master’s Crown of Thorns, but it’s meant to have a dual symbolism, simultaneously representing the masses still confined behind the barbed wire, while the Chosen is the one taken out of it to move forward.

“Alice’s Adventures in Wonderland” is a metaphor for the absurdities the Chosen must endure on the path to enlightenment, so that is why Lily (Alice) has the “White Rabbit” behind her, while the floor is chessboard black and white, symbolizing the constant good and evil the Chosen must walk through towards illumination.

In the historical evaluation process of the Determination of Nations, each group (just as each individual) to be judged, has been given enough rope to either pull themselves up, or to hang themselves, and the American black experience, and specifically President Obama, has been a very visible exercise of this process.

Once at the bottom of the world’s social stratification, black people enjoyed a sudden public idolization in the 1960s and forward, but with the introduction of political correctness and historical revisionism, even the pointing out of anything they did wrong was considered, itself, very wrong, and occasionally a crime… This led to an incredible level of group arrogance, misplaced hatred, ingratitude, and social inequality, where special privileges were given to them to the detriment of other

Obama’s rise to power and “darlingification” among the masses, made him the standard-bearer of this arrogance and undeserved sense of entitlement, and when combined with America’s global exportation of other braggadocious forms of black entertainment, this sentiment permeated the world.

“The Lotus flower is regarded in many different cultures, especially in eastern religions, as a symbol of purity, enlightenment, self-regeneration and rebirth. Its characteristics are a perfect analogy for the human condition: even when its roots are in the dirtiest waters, the Lotus produces the most beautiful flower.” —Binghamton University

In the scene, Obama comfortably acts arrogantly in front of the Chosen, until the sign of new life and enlightenment came from her hands and rolled along the chessboard floor, over “C7″.

“C7″ in chess, is the position of an easily sacrificed “black pawn”… Obama understood the message that she held the Lotus (and all it symbolized), and therefor was chosen to go forward, while he was simply an expendable piece, and his arrogance quickly turned to fear.

Before anyone thinks that this is a blanket condemnation of all black people, the video showed a very important part of the Lord’s judgment process…

Worthy individuals will still be judged individually, and those who have made themselves greatly favored by the Lord, will be the beneficiaries of the Daniel 12:10 purification.

In Luke 11:34 you read “The light of the body is the eye”, and when one quantifies the discernible metrics of spiritual enlightenment, there is a direct statistical correlation between aptitude and eye color, as well as the prevalence of antisocial and criminal behavior (this is a heterogenic generalization with many notable exceptions), and the video makes reference to this in the same scene by showing the teacher with green eyes (the color of the Lord’s eyes), which are sometimes considered to be the rarest eye color in the standard human spectrum, and thus symbolizing that the teacher is enlightened.

To Moses, we gave the Scriptures, a perfect CODE for the righteous, with precepts about all things, and a guide and a blessing,  https://m.vk.com/torah_codes

I, Pet Goat II – A RayElite Perspective link below