The partial phase of the eclipse will end at 6.19pm.

This is the second and final total lunar eclipse of 2022 and is famously known as the Beaver Blood Moon lunar eclipse.

The true maximum point of this eclipse cannot be seen in Sri Lanka as the moon is below the horizon at the time.

Prof. Jayaratne said as the moon is near the horizon at this time, it is better to select a high point or find an unobstructed area with free sight to the east-northeast for a view of the eclipse.

The next total lunar eclipse won’t take place until the 14th of March 2025.

According to Rabbi Mordechai Genuth, these eclipses are bad omens for the nation of Israel.

“The eclipse will pass over the United States. The President [of America] is connecting his fate with that of the Arabs, choosing them over Israel. He is choosing war, the wars that originate in Ishmael, the wars that are presaged by the upcoming blood moon.”

“This is also a warning to the incoming Israeli government,” Rabbi Genuth explained. “They need to be strong when it comes to Jerusalem.”

The Christian Bible makes mention of blood moons as well, in both Old and New Testament writing.

The cause for rampant interest among Christians in regards to a blood moon is that most of the references have to do with the return of Jesus and a signal of the End Times.

In the book of Joel chapter 2, the prophet writes in several verses about the moon turning to blood, the sun and moon darken and that the Lord will show wonders within the heavens.

This prophecy is echoed hundreds of years later within the New Testament. In the book of Matthew, Jesus Himself says, “Immediately after the tribulation of those days, ‘the sun will be darkened, the moon will not give its light; the stars will fall from heaven, and the powers of the heavens will be shaken.’”

For many Christians who believe in the pre-Tribulation Rapture, this is a reassuring verse prophesying they will not be on the earth for the Great Tribulation.

And what would a lunar eclipse be without the penultimate book on End Times, Revelation?

While it is markedly clear that the seals of God’s scroll have not been opened by the Lamb yet, when it does occur in Revelation chapter 6, once the Lamb opens the sixth scroll, there will be great disturbances on the Earth, as well as another blood moon.

Does the appearance of a blood moon on Election Day mean that the “red wave” many on the political right believe will occur? Maybe, but not necessarily. It certainly plays into a great social media strategy for many of the Republicans running for office to implement.

The next lunar eclipse does provide a great opportunity for Jews and Christians alike to ponder and meditate on God’s Word and pray for the U.S. and Israeli elections that are taking place within a week of each other. That God’s will be done in each place and around the world, and that He be glorified by those voted into positions of authority in both nations.

In regards to Revelation 6:12 and Joel 2:30-31, the events they predicted have already been fulfilled. See: Can you shed light on the upcoming four blood moons prophecy? and Why do you say the blood moon prophecies are false when they are coming true?

In regards to recent events, the keywords are “I’ve been noticing things.” Because of these supposed prophecies, you’ve begun to pay attention to things you usually skip over. It is springtime — flash floods are common, tornadoes do begin as the weather warms up. But what about all the years these things were ignored? I remember a flood not long ago that affected Ohio to Illinois. It was huge! In 2011 the Missouri river flooded for three months straight! But these aren’t signs of the end of the world, these are just the world in its normal variations of weather. Yet, when people start paying attention, suddenly they realize there are bad things all over the place. The bad things were always happening, but they were ignored before. When people started claiming the blood moons were signs of doom, people started looking for doomful things.

In regards to mood and the moon, that has been a popular belief for multiple centuries. The problem is that when someone actually conducts a study, it can’t be found. See: “The Moon-Mood Connection“. What I would conclude is that it is another one of those: “We expect it, so now we notice it” phenomena.

More Crimes May Be Committed 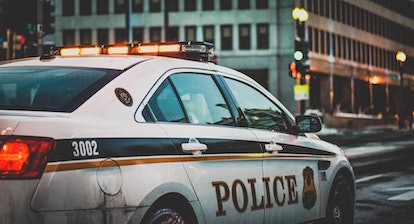 Many people say the full moon brings about an increase in crime rates. And while that may be true, we can blame it on statistics more than anything else. As science writer Benjamin Radford said on LiveScience.com, “People are more active during full moons than moonless nights.” With the extra light, innocent people and criminals alike are drawn out into the night. The mix isn’t exactly the best (as you can imagine) and can lead to an increase in theft and crimes. “If there is even slightly more activity — any activity — on a full moon night, then that may translate into a slight but real increase in crime, accidents, and injuries,” he said. 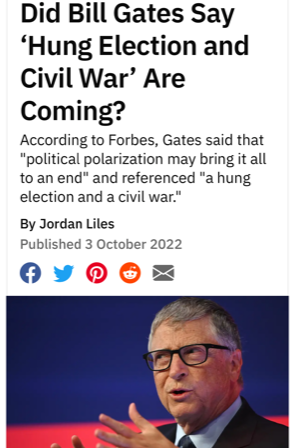 On Thursday night, November 18-19, a partial lunar eclipse will be visible throughout North America. But not just any eclipse. It will be the longest lunar eclipse of the 21st century, according to NASA, lasting  3 hours and 28 minutes.

“The eclipse will pass over the United States,” Rabbi Genuth said. “The new President is connecting his fate with that of the Arabs, choosing them over Israel. He is choosing war, the wars that originate in Ishmael, the wars that are presaged by the upcoming blood moon.”

Rabbi Genuth made one disclaimer; at the end of the section of the Talmud describing the omens contained within eclipses, the Talmud states: “When Israel does the will of the place (God), they have nothing to fear from all of this,” citing the Prophet Jeremiah as a source.

The rabbi also noted a prophecy in the Book of Joel states that the coming of the Messiah will be preceded by a blood moon.

Before the great and terrible day of Hashem comes, I will set portents in the sky and on earth: Blood and fire and pillars of smoke; The sun shall turn into darkness And the moon into blood. But everyone who invokes the name of Hashem shall escape; for there shall be a remnant on Mount Tzion and in Yerushalayim, as Hashem promised. Anyone who invokes Hashem will be among the survivors. Joel 3:3-5

“We are indeed close to the end of days so these astronomical signs are taking on increased importance,” Rabbi Genuth said.