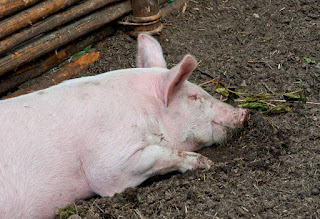 Sometimes, we can all feel a little stuck. Being stuck can look like writer’s block. It can look like a lot of unfinished projects. It can also look like never putting our butts in the chair. What do we do when we’re stuck?

I’m not going to define exactly what I mean by stuck. We all have different versions of what this means. But if you’re reading this right now and nodding along with me, then think of the way that you are currently stuck. And let’s try to do something about that.
Lately I’ve been feeling very stuck in a few areas of my life. I decided life is too short to live this way. It’s too short to not make progress on a book. It’s too short to do a job that I don’t enjoy. It’s too short to continue with commitments that are not fulfilling. When I had this moment of clarity, I decided to do something about feeling stuck. It was just one small movement toward a better future. But as soon as I did it, I felt better.

This summer, I’ve been working with three writers who are all writing for middle grade or young adult readers. Each one of them was feeling stuck this past week. I’m not sure if it had to do with the moon, the dog days of summer, or just a writing funk.

But all three were stuck.

Then on our biweekly Zoom call, each one of them reported they were unstuck and had made progress. So what happened?

One of the writers couldn’t figure out how to write “the next scene” in her novel. She had worked on the chapter far longer than she wanted to. After talking to another writer, she decided she would try moving the timeline PAST this scene. She labeled the next chapter “3 weeks later,” became unstuck, and solved her problem.

The next writer was stuck on one scene also. She couldn’t figure out how to transition between an event she had happening in her novel and a more important event that needed to happen in a few scenes. She wasn’t writing. So instead of making excuses for not working on her manuscript, she decided to write a scene that was not in chronological order. As soon as she did this, it freed up her mind. She realized how to transition characters from point A to point B–she made forward progress.

The last writer had a bit of a plothole. She wanted a surprise to happen in her science fiction teen novel. But the surprise really wasn’t making a lot of sense for that story world. When critiquing her work, I pointed this out, and she felt a little stuck. Then she realized why–she wasn’t writing as the character–she was almost writing as herself. The main character was acting out of character, and it created a plothole and a stuck writer. As soon as she realized this and fixed it, she was back in business.

If you’re feeling stuck, the number one thing that will not work is to do absolutely nothing. But if you can muster up the energy to do one thing differently whether it’s in writing or your job or relationships or commitments. Most likely, that one small thing will propel you into forward motion! The horrible feeling of being stuck will be gone.

Pigs like to be stuck in the mud on a hot summer day. But that’s not us! We aren’t meant to be stuck. Take one step in a different direction and see what happens.

Margo L. Dill is a writing teacher, coach, publisher, author, and editor living in St. Louis, MO. Find out more about her at https://www.margoldill.com or https://www.editor-911.com. Check out her classes in the WOW! classroom. The next one starts the first Friday in September.