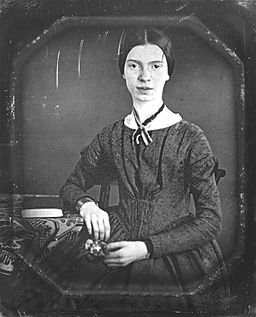 Several years ago a friend who was a professional photographer said something to me that I want to pass on today.

Janis said, “If you take pictures you love on your cell phone or a digital camera, get them printed so they’ll last forever.”

We went on to talk about the thousands of photos we take with digital devices but never bother to have them printed. Or we print them at home on a laser printer.

Those home-printed photos will last about as long as the old Poloroids taken by our parents in the 1960s and 1970s. My mom had such Poloroids in her albums, and hardly any of them are viewable today.

If you look back at history to discover what lasts, you’ll realize that paper trumps digital even in today’s world. That applies to photographs and books.

Printed photographs on archival photo paper will be around long afterr you’re gone. Think about all the old photographs you may have seen in family albums. I have pictures of relatives that werre made in the late 1800s and every part of the 20th century—except the regrettable Poloroid era.

Thousands of photographs exist in museums and libraries. How much of the digital stuff will last?

You may be surprised that digital files have a maximum lifespan of only 50 years IF stored under optimal conditions. That life expectance decreases rapidly depending on how they’re store as well as the reliability of the components. Cheap flash drives, etc.? Well, you gett what you pay for. 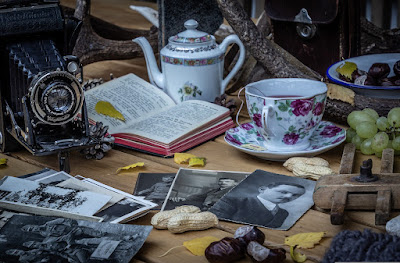 In 1826, Joseph Nicéphore Niépce, a French scientist, took the first photograph entitled View from the Window at Le Gras.

Taken from the window of his family’s coountry home, the photograph held at the University of Texas is considered the world’s oldest photo.

Advances in chemistry and optics and the invention of the camera obscura is what led to the ability to make that first photograph.

(Camera obscura is a dark room with a small hole on one side through which an image is projected onto a wall on the opposite side.)

The word daguerreotype was adopted by most people, meaning the photograph itself. Although widely used from its worldwide acceptance in 1830, its popularity began to wane by 1860 when other easier processes were invented.

Above you see a Daguerreotype of Emily Dickinson by an Unknown Author found in the Public Domain via Wikimedia Commons. 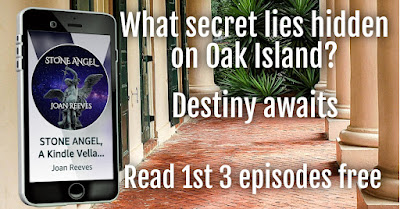 Why Do I Know This?

In one scene, the heroine Aurelea talks about a daguerreotype that was taken in Boston around 1840.

I checked to make sure what I’d read years ago was true. I’m happy to say it was. Daguerreotype came to the U.S. in 1839 and was wildly embraced.

By the way, if you want to read 3 chapters—or episodes as they’re called on Kindle Vella—free, just click on Stone Angel. You can read on your PC, tablet, or cell phone.

If you don’t currently read on your cell phone, just go to the App Store on your phone and download the Amazon Kindle app. It’s that simple. Amazon will even give you 500 free tokens to purchase future episodes.

Takeaway Truth
If you love a photo you’ve taken, get it printed so it will last for generations.
Old Vintage Camera Image by Mario from Pixabay.