After finishing up seasons 1 – 4 of Yellowstone last week, Darling Hubby and I couldn’t find anything to watch this weekend.

That’s when we saw an NBC series called La Brea that was also streaming on Peacock Plus.
We decided to give it a look. Since I’d done far more reps than I should have for my shoulder/arm exercises, I was feeling the pain and was content to do a little recliner exercise called binge watching.
About La Brea
This drama has an interesting but improbable premise which makes it great SciFi drama. A sinkhole opens on Wiltshire Boulevard in Los Angeles, and cars, trucks, and a city bus go tumbling down the unending sinkhole. Panic ensues. Grief among survivors. Homeland Security shows up which seems odd.
The survivors of the victims are told no one could have survived. Next scene shows people who fell into the sinkhole waking up and gradually coming together amidst wrecked cars, an  upside down bus, etc. Somehow most survived and observe this strange glowing light in the sky.
Yep, they fell into the sinkhole then into a time warp worm hole or whatever you want to call it. Luckily there’s an anthropologist among the group who, though a pothead, comes to realize that they’ve traveled back in time to 10,000 BC. 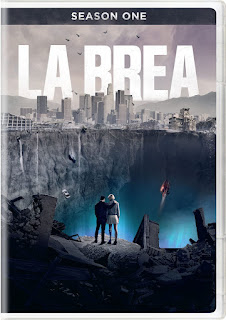 If you don’t get NBC or Peacock Plus, you can purchase  episodes of La Brea or the entire season 1 from Amazon.
I know the storyline sounds absurd, and it is, but I’m sure some theoretical physicist could cite a hypothesis for why this could happen.
The people stuck in 10,000 BC just want to get back to the land of latte, cell phones, and internet. The people on the modern side include someone who thinks they’re still alive. I won’t tell you why in case you want to watch.
BOTTOM LINE
Even though this series includes the usual stock characters—pothead genius, strong mom protecting her kid, children estraned from their parents and more than willing to blame them for everything that goes wrong, trouble makers, drug dealer, religious zealot, someone with terminal illness, etc.—and stock situations created mostly by people who act like idiots, there’s something addictive about this disaster series.
I understand it airs on NBC with episodes then going to Peacock Plus. It’s now in its second season so the cast members led by Natalie Zea of Justified, Eoin Macken as Gavin her estranged husband, Jon Seda as Dr. Sam Velez, and Chike Okonkwo as Ty seem to have a tiny bit of job security—at least to the end of season 2.
Of course, each episode has loads of conflict, one disaster after another that gets solved within the last 10 minutes of each episode. Look out for the saber tooth tigers, gigantic water snakes, enormous bears, and the ice storms that strike the locale of what will be sunny Los Angeles in another 10,000 years. Yes, the ice age is coming.
I nearly forgot to mention the indigenous people who shouldn’t be there and who have skills far greater than primitive humans and who speak perfect English.
TAKEAWAY TRUTH
In other words, La Brea is a good old-fashioned disaster flick with cliffhangers at the end of every episode. It’s loads of escapist fun. Give it a try.
Joan Reeves participates in Amazon Services LLC Associates Program, an affiliate advertising program designed to provide a way for websites to earn advertising fees by linking to products on Amazon. 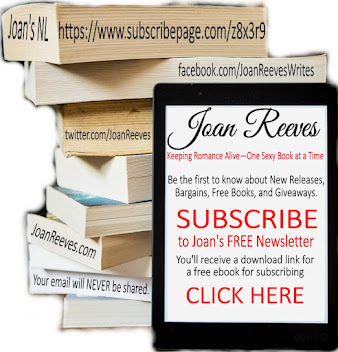