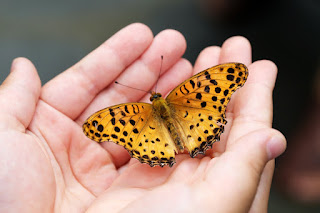 I have a project I’m considering that involves Chaos Theory. I went back to a post I’d made in 2008 on the subject to refresh my memory.

I thought I’d share part of that today because it’s a fascinating subject.

Is any event or action truly random? My husband, a financial trader, has studied Chaos Theory, initially a field of physics and mathematics involving structures of turbulence and self-similar forms of fractal geometry.

He believes that just about anything considered random can be charted if there is enough data gathered over a sufficient period of time.

Researchers are still trying to use chaos theory to predict events for complex systems like weather, though I believe, because of the tenets of chaos theory, they haven’t been able to do so yet.

Edward Lorenze of MIT simulated weather patterns on a computer in 1961. The computer he  used had limited memory so after he saw a particular pattern, he wanted to recover the data. He started the program again, but in the middle of the sequence, he rounded the numerical values off to 3 places instead of 6 decimal places which he had used before.

He was surprised to see the data now resulted in a pattern that presented a different image. The image, that is, resulting fractal pattern, looked like a butterfly which is why chaos theory came to be known as the Butterfly Effect.Lorenze discovered the change in decimal places caused the different result even though everything should have given the same result as the first time, according to conventional thought.

He couldn’t believe the fourth and fifth decimal places, which weren’t even measurable using reasonable methods, could have such a big effect on the outcome of his experiment, but he was wrong. The amount of difference in the starting points of the two curves is so small that it’s comparable to a butterfly flapping its wings.
Butterfly Effect aka Chaos Theory

Most people have heard of the Butterfly Effect. The movie of the same name starring Ashton Kucher popularized the label which is just another name for chaos theory.

Ian Stewart‘s book Does God Play Dice? The Mathematics of Chaos states: “The flapping of a single butterfly’s wing today produces a tiny change in the state of the atmosphere. Over a period of time, what the atmosphere actually does diverges from what it would have done. So, in a month’s time, a tornado that would have devastated the Indonesian coast doesn’t happen. Or maybe one that wasn’t going to happen, does.”
Astounding, right? Scary too. In science-speak, this phenomenon, common to chaos theory, is also known as sensitive dependence on initial conditions. 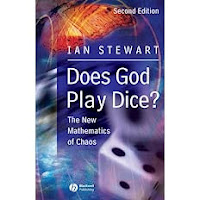 Is Anything Truly Random?

That was my initial question. How can it be random if even the smallest change in the beginning can dramatically change the end result.
As a writer, and therefore an armchair philosopher of sorts, I find this fascinating. One might say that fiction authors have always worked with the butterfly effect or chaos theory.
With every book, play, or movie written, we have been practicing experts in chaos theory long before the label existed. We know how one small act can change a life or several lives or change a world. The literature, plays, movies, and world events of our culture are rife with these butterfly effects.

You May Recognize These Examples

A man commits suicide in his cousin’s hunting lodge leaving the cousin’s father in line for the throne which he renounces. So the cousin takes the throne only to be assassinated in Sarajevo in 1914 leading to a chain of events resulting in WWI. (Assassination of Franz Ferdinand.)

A man decides he needs a pack of cigarettes so he stops by a convenience store, gets shot by a robber, and ends up brain-damaged and becomes a different man than he was. (Regarding Henry)

Two women decide to take a road trip in a 1966 Thunderbird, but a series of ill-fated encounters and resulting bad decisions ends with their driving off a cliff at the end of the flick. (Thelma and Louise)

A man decides to relive a childhood pleasure of hiking in the hills and finds a lost dog and takes him in, and his world changes. (Watchers by Dean Koontz)

A shy woman marries an older widower and moves to Manderley, his home. (Rebecca)

The Road Not Taken

A perfect example is the eloquent poem by Robert Frost which is now in public domain.

Two roads diverged in a yellow wood,
And sorry I could not travel both
And be one traveler, long I stood
And looked down one as far as I could
To where it bent in the undergrowth;

Then took the other, as just as fair,
And having perhaps the better claim,
Because it was grassy and wanted wear;
Though as for that the passing there
Had worn them really about the same,

And both that morning equally lay
In leaves no step had trodden black.
Oh, I kept the first for another day!
Yet knowing how way leads on to way,
I doubted if I should ever come back.

I shall be telling this with a sigh
Somewhere ages and ages hence:
Two roads diverged in a wood, and I—
I took the one less travelled by,
And that has made all the difference.

Writers dream up stories using the butterfly effect. We call it playing “what if.” People play that game too—frequently wondering it they should have taken a different job or married a different person or moved to a different town. 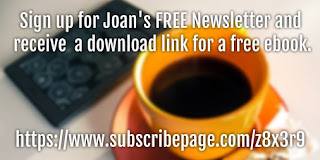