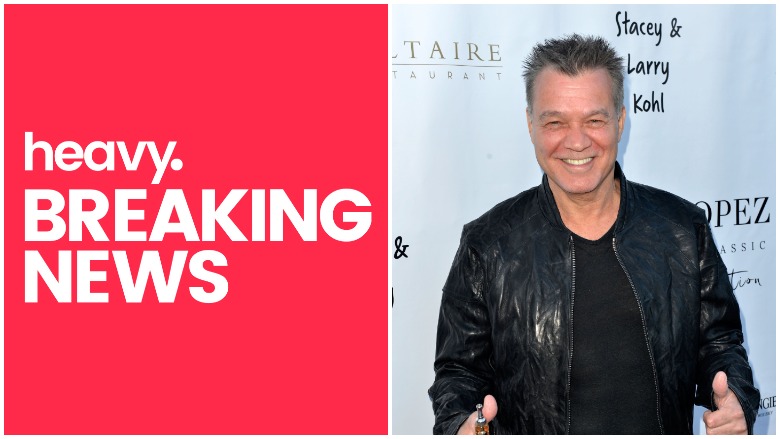 Eddie Van Halen, the guitar legend known as the founder of Van Halen, has died at the age of 65.

TMZ reports that Van Halen died after a battle with throat cancer on October 6. Van Halen was confirmed first diagnosed with cancer in 2001.

Here’s what you need to know:

1. Van Halen’s Son, Wolfgang, Said, ‘I Don’t Think I Will Ever Fully Recover From the Loss’

Eddie Van Halen – Solo/Eruption – Live without a NetIn my opinion the best guitar player of the world! Rock it!

Van Halen is survived by his wife, Janie Liszewski, and his son, Wolfgang, 29. Wolfgang Van Halen wrote about his father’s death in a tweet on October 6 that read:

I can’t believe I’m having to write this, but my father, Edward Lodewijk Van Halen, has lost his long and arduous battle with cancer this morning.

He was the best father I could ever ask for. Every moment I’ve shared with him on and off stage was a gift. My heart is broken and I don’t think I’ll ever fully recover from the loss.

I love you so much, Pop.

Wolfgang Van Halen performed as the bass player for Van Halen and was formerly a member of the group, Tremont. Wolfgang Van Halen’s mother is actress Valerie Bertinelli. Wolfgang was named after the Austrian composer, Wolfgang Amadeus Mozart. Van Halen filed for divorce from his first wife in December 2005.

2. David Lee Roth Said in July 2020 That He Didn’t Think Van Halen’s Health Was Good Enough to Ever Tour Again 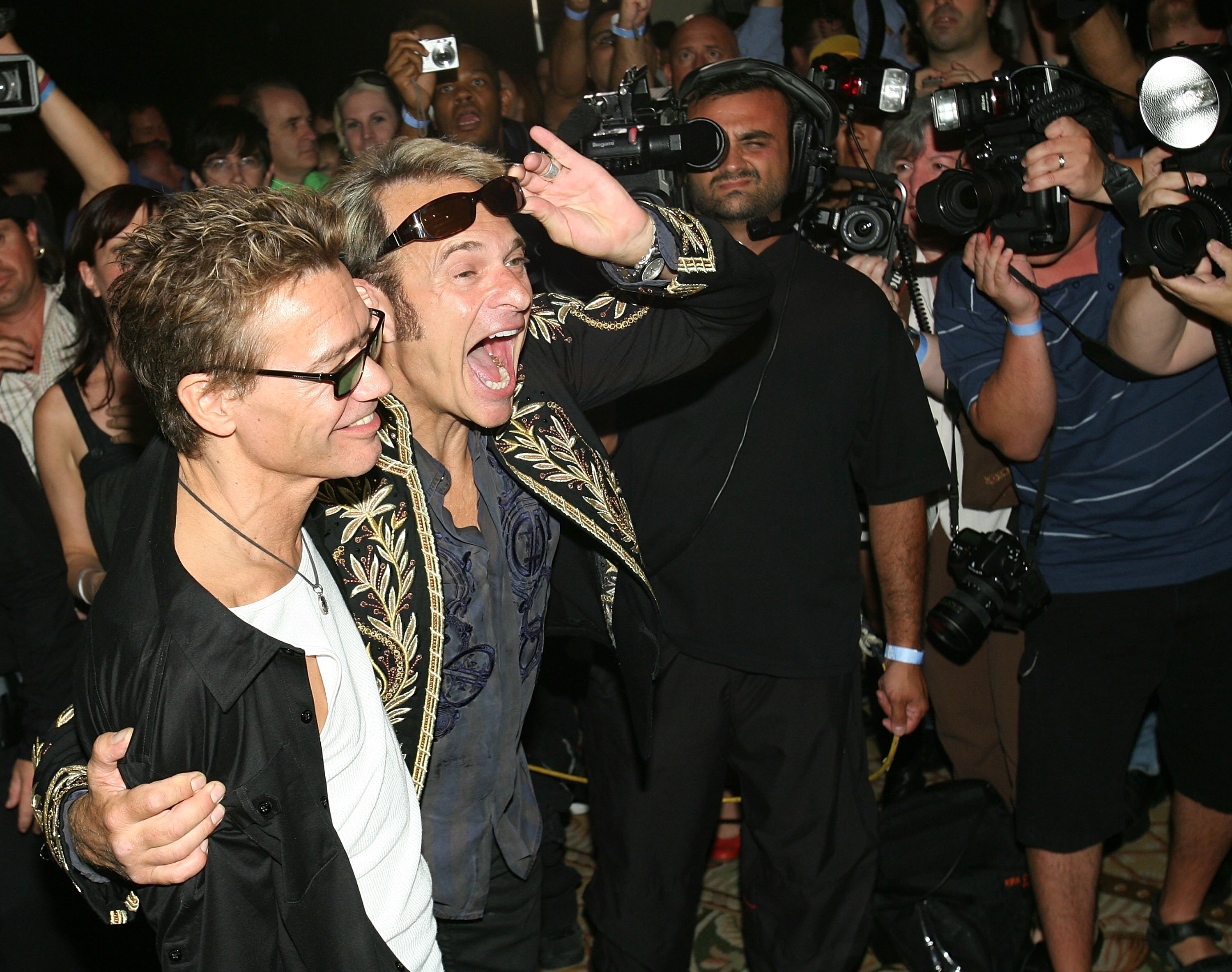 Van Halen and David Lee Roth pose for photographers at the Van Halen Press Conference announcing their new tour at the Four Season Hotel on August 13, 2007 in Los Angeles, California.

Van Halen singer Dave Lee Roth told the Las Vegas Review Journal in a January 2020 interview, “Ed’s not going well, and singing and dancing is a perishable skill. If you have the capacity, it’s something that has to be used routinely, if not for the thrill of it and the magic of creating with other incandescent spirits.”

In a separate July 2020 interview with The New York Times, Roth said that it was unlikely that Van Halen would have a reunion tour due to Eddie Van Halen’s health. Roth said, “I don’t know that Eddie is ever really going to rally for the rigors of the road again. I don’t even want to say I’ve waited — I’ve supported for five years. Because what I do is physical as well as musical and spiritual — you can’t take five years off from the ring. But I did. And I do not regret a second of it.”


Van Halen’s final Instagram post was on May 8. It saw him pay tribute to his brother, Van Halen drummer, Alex Van Halen, on his 67th birthday. The caption for the post read, “Happy Birthday Al!! Love Ya!!” His previous post came on March 16. It showed a just-born Wolfgang Van Halen. In the caption, Van Halen wrote that his son’s birth was “the best day” of the guitarist’s life. He added, “I love you so much!! Your pop.”

In 2009, it was widely reported that Alex Van Halen was an ordained minister who presided over the wedding of his brother and Janie Liszewski in Studio City.

4. Van Halen Suspected that Metal Guitar Picks Were the Source of His Cancer

Eddie Van Halen dead at 65 of cancer, son saysEddie Van Halen, the guitar virtuoso whose blinding speed, control and innovation propelled his band Van Halen into one of hard rock’s biggest groups, fueled the unmistakable fiery solo in Michael Jackson’s hit “Beat It” and became elevated to the status of rock god, has died. He was 65 Full story: https://abc7.com/entertainment/eddie-van-halen-dead-at-65-of-cancer-family-says/6820486/

In a 2015 interview with Billboard, Van Halen theorized that he developed tongue cancer because he regularly put metal guitar picks in his mouth. Van Halen told the magazine that he usually placed the picks in the exact part his mouth that developed. Van Halen added, “Plus, I basically live in a recording studio that’s filled with electromagnetic energy. So that’s one theory.” He also said, “This is just my own theory, but the doctors say it’s possible.”

An article on CancerHealth.com said that doctors believed the cancer was most likely linked to Van Halen’s years of smoking and drug use. The article said that most guitar picks are made of copper and brass which have not been typically associated with cancer. Dr. Tom Micklewright told the website that it was “disappointing” to see media outlets focusing on the metal aspect of the story rather than the danger of smoking.

5. Van Halen Was a Recovering Alcoholic

Van Halen was a recovering alcoholic. Van Halen told Billboard in 2015 that he had been sober since 2008. He said, “I was an alcoholic, and I needed alcohol to function.” In the same interview, Van Halen said that his father was an alcoholic. Jan Van Halen died in December 1986 at 66 years of age.

Lee Roth’s replacement, Sammy Hagar, said in a 2019 interview that at one point, Van Halen was drinking a case of red wine a day.