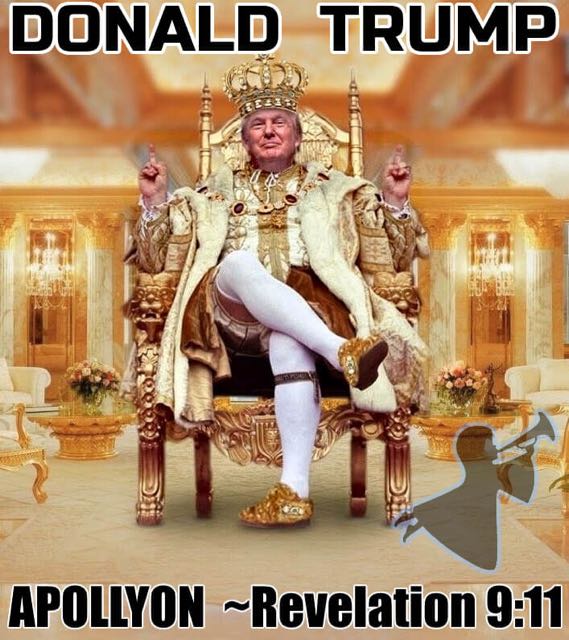 And they had a king over them, which is the angel of the bottomless pit, whose name in the Hebrew tongue is Abaddon, but in the Greek tongue hath his name Apollyon. Revelation 9:11

Trump is Apollyon, the Destroyer in Revelation 9:11.  Donald Trump is Marduk and the current ruler over the Nephilim for the Age of Pisces. Donald Trump will also be proclaimed the Jewish Snake Messiah Ben Joseph when he is assassinated and resurrected 3 ½ days later (see links to articles below).

Donald Trump is an actor and a master deceiver.  We did not go to the moon.  We are living in a prison planet with a firmament over the earth.  All of this business of a space force is just a space farce and it is just part of the alien deception that they are planning to try and deceive the masses that aliens have invaded earth called Project Bluebeam.

Trump Apollo Rockets & Rituals – A Lie Too Big To Fail!

Mass deception is upon us friends. Even him, whose coming is after the working of Satan with all power and signs and lying wonders, And with all deceivableness of unrighteousness in them that perish; because they received not the love of the truth, that they might be saved. And for this cause God shall send them strong delusion, that they should believe a lie:That they all might be damned who believed not the truth, but had pleasure in unrighteousness. 2 Thessalonians 2:9-12 Behold, the days come, saith the Lord God, that I will send a famine in the land, not a famine of bread, nor a thirst for water, but of hearing the words of the Lord: And they shall wander from sea to sea, and from the north even to the east, they shall run to and fro to seek the word of the Lord, and shall not find it. Amos 8:11-12

They want to control us through the beast system being built all around us right now. 5G, chemtrails, nanotech, GMO’s, vaccines, A.I. cloud hive mind, one world government Luciferian system is almost in place. Choose this day whom you will serve. You can have eternal salvation through Jesus Our Messiah or a few more miserable years under the pathetic antichrist and his crumbling empire.  Choose life, choose Jesus!

They Had A King Over Them

The Prophecy of the Psalm 83 War, The Prophecy Against Edom In The Book Of Obadiah, And The Prophecy For America (Manasseh) And The British Commonwealth (Ephraim)

Why did Trump refer to 9/11 as 7/11? Holy Bible Decode With Very Important Information on the Rapture for All Christians. Great Videos.

Warning About A Potential Twofold Destruction Consisting Of An Earthquake And A Tidal Wave Coming To Both The East and West Coast of the USA on 7/11 which is the next 9/11. Also Update On The Timing Of The Harpazo.

Explanation Of All The Witnesses In Revelation 11 And Confirmation That The Rapture Will Occur In July 2020.

Warning of Potential Twofold Disaster on 7/11 2020. Is 7/11 Going To Be The Next 9/11? Video And Holy Bible Decode As Well As Very Important Information On The Rapture For All Christians.

Will Donald and Barron Trump Be Declared the Two Messiahs for the Jews? Will Barack Obama Be Back And What Will His Role Be To Aggravate Us Further? Identifying Some of the False Messiahs in the End Times. Exposing The True Enemies of the Christians Today!

See also my previous article on the Tribes of Israel.

Pastor James P Wickstrom Identifies The Tribes of Israel. Have you had your Identity Stolen? Revelation Tells Us That the Dead in Christ and Only the 144,000 from the Twelve Tribes of Israel Living Today on Earth Will Be Included In the Rapture as well as Children Under 8 And The Disabled Plus The Two Imposter Prophets (Donald Trump and Michael Pence) – Must See Videos!

See the movie “The World Order” link below to understand the plan to bring in the false Jewish Messiah through sin:

The Hidden Tyranny Interview that every Christian and white person should listen to:

Dr. Lorraine Day confirms the authenticity of the above interview on the Hidden Tyranny.  Dr. Day also confirms that Donald Trump, Hillary Clinton and Bill Gates are all Jews.  The Noahide Laws will be brought in to behead Christians for worshipping Jesus in the New World Order.

Jewish Utopia book decoded by a Christain plan to reduce the the population to 600M (very close to the 500M on the Georgia Guidestones) and mark everyone on the forehead similar to Revelation 13. 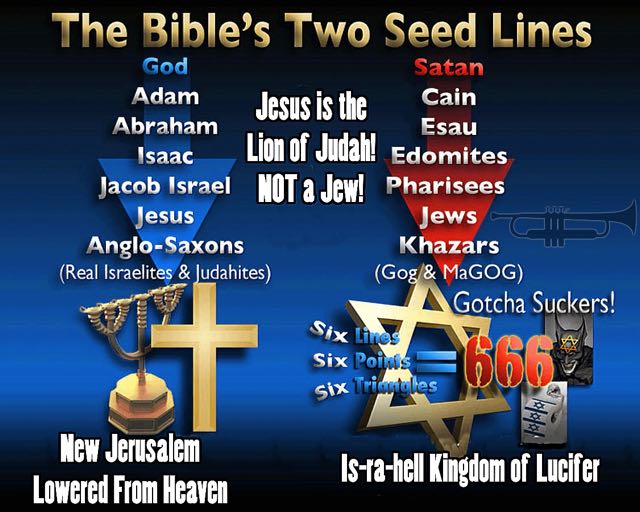 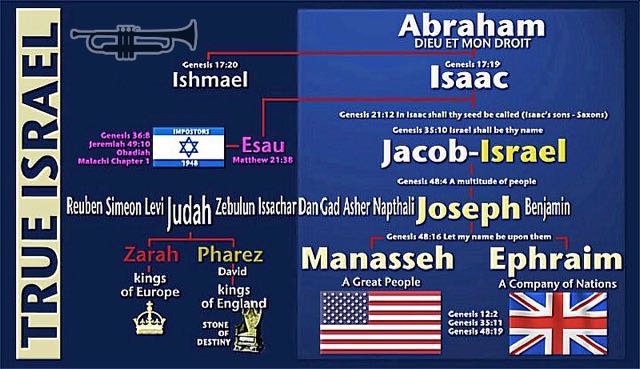 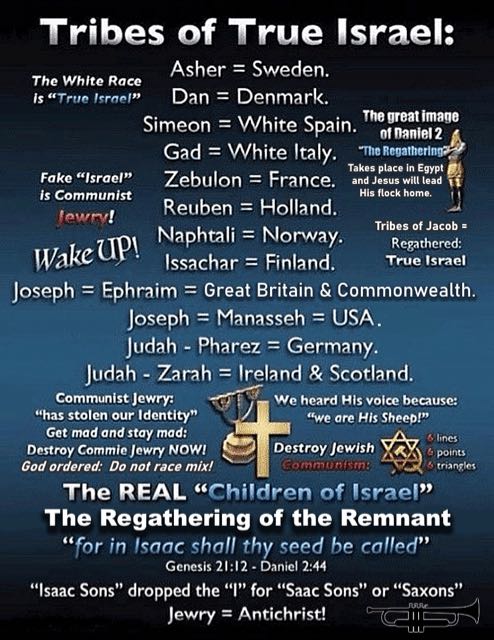