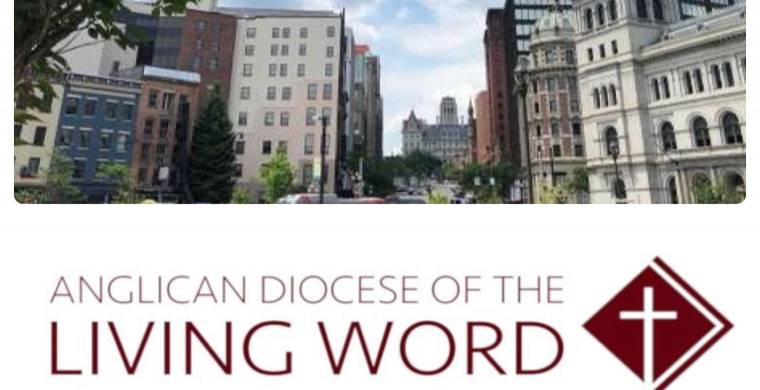 “We are confident that as these men and women boldly proclaim the authentic Gospel of Christ, many souls will be saved, and new disciples will be transformed into the likeness of Jesus Christ,” the ADLW statement reads. “We ask that you join us in praying for these clergy and the congregations committed to their care.”

Albany is among a handful of Episcopal dioceses with a theologically orthodox majority. It was the last remaining domestic diocese to proscribe the use of same-sex rites that were effectively required following the 2018 General Convention.

Bishop Love declined to permit diocesan clergy or churches to perform the rites, resulting in charges before an Episcopal Church Hearing Panel. The panel found Love guilty of violating his ordination vows to uphold the doctrine and discipline of the Episcopal Church, something that he contests, insisting that he remained loyal to the Book of Common Prayer and the denomination’s canon law. Presiding Bishop Michael Curry and Love agreed to a negotiated settlement in the autumn to forestall disciplinary action in exchange for Love’s resignation as diocesan bishop February 1. The diocesan Standing Committee now serves as the ecclesial authority in Albany until a new bishop is elected and consecrated.

The diocesan prohibition on the use of same-sex rites performed by diocesan clergy, other Episcopal clergy licensed to minister within the diocese, or performed within Albany churches concluded upon Love’s resignation. It is unclear if any Albany Episcopal parishes are moving forward with same-sex blessings or weddings at this time, although at least three have signaled their desire to do so.

The Manassas, Virginia-based Diocese of the Living Word (formerly the Diocese of CANA East) is a grouping of 39 congregations and 96 clergy primarily centered in the Eastern United States. It has a handful of congregations in central New York, as well as the only ACNA congregation located within the geographic bounds of the Albany diocese. That congregation, St. Thomas in Half Moon, NY, was planted in 2019.

Informal relational connections exist between the Episcopal and ACNA dioceses. The Rt. Rev. David Bena served as Suffragan (assisting) Bishop for Albany from 2000-2007, transferring to the Church of Nigeria (Anglican Communion), which assigned him to serve as suffragan in the Convocation of Anglicans in North America (CANA) a founding body of the ACNA.

In addition, both dioceses (ADLW and Albany) share connections to the Global Anglican Future Conference (GAFCON) a traditionalist renewal movement within the worldwide Anglican Communion. Bishop Love participated in the 2018 GAFCON gathering in Jerusalem.

Love has not publicly shared plans following his resignation as diocesan bishop. He remains an ordained Episcopal clergyman in good standing. Curry made reference to Love’s “retirement” in announcing the negotiated settlement, but Love, 63, is not yet at retirement age and has not signaled any departure from fulltime ministry.

VOL: This story still leaves a number of unanswered questions (not the fault of the writer Jeff Walton.) There is talk that additional Albany clergy are in conversation with other ACNA jurisdictions. The expectation is that they will form a regional ministry network in Albany and the surrounding region.

What of church properties? Will they seek to take the properties with them or walk away. Would the Standing Committee of the Episcopal diocese be prepared to sell the properties to them or lease them as the Episcopal Bishop did in the Diocese of Pittsburgh? Based on precedent of the Good Shepherd Binghamton, a parish that was sold off to a group of Muslims, that seems unlikely. If they did, Presiding Bishop Michael Curry would probably step in himself and remove the committee members citing abandonment of fiduciary duty, appointing his own people (as Jefferts Schori did in TEC Pittsburgh) and initiate litigation. Who really knows.

The real possibility is that they will leave and plant new congregations. There are also a number of empty Roman Catholic churches they could buy. Also, we have heard nothing more about the future of Bishop William Love, which I am told will be coming shortly. He is only 63 so has many good years left for ministry in the area.

A number of clergy in the Episcopal Diocese of Albany are preparing to join the Anglican Church in North America (ACNA) according to officials with the Anglican Diocese of the Living Word (ADLW).

The announcement made February 21 is in response to clergy requests for canonical residency under ADLW Bishop Julian Dobbs. It would be the first public movement of clergy in New York’s Capital District since the resignation of Bishop William H. Love earlier this winter.

According to officials with the ACNA diocese, the Albany clergy “have formally applied and are being licensed to minister within the Anglican Diocese of the Living Word.” They are to comprise a regional ministry network that will “place a strong emphasis on church planting and ministries in the [Capital] Region and surrounding areas of New York.”