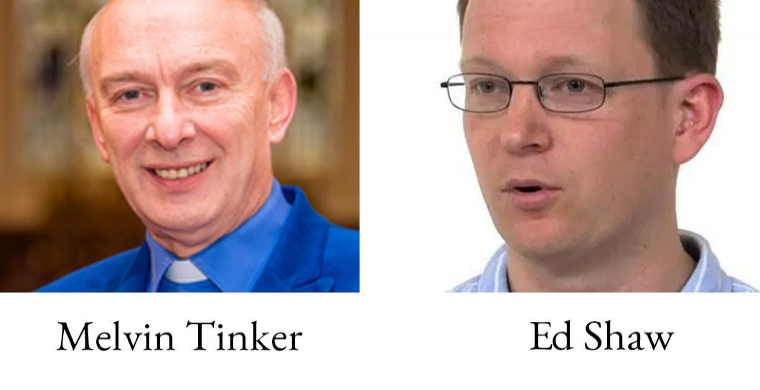 Whilst recognising that it is not possible to say all that one might want to say in a brief article, Ed Shaw’s diatribe against evangelical leadership (Evangelicals Now May 2021) is to be found wanting at several points.

First of all, Ed engages in an ad hominem attack involving sweeping generalisations accusing evangelical leaders for being Pharisees and hypocrites, bib-lically illiterate and unChrist-like; serious charges without adducing one shred of evi-dence to back them up. Of course, examples will invariably be found in a movement so large, international and varied, but the impression Ed gives is that these are fea-tures of evangelical leadership en masse. Because of the lack of specific
examples what Ed presents is tantamount to generalised character assassination which is singularly unhelpful.

Secondly, in portraying evangelical leaders as hypocrites (bearing in mind that we all wear masks from time to time and so it is a charge easily felt) it softens up evangeli-cals to be weary of engaging in any criticism of others who do not even attempt to follow the Bible’s teaching on matters of sex and sexuality for fear of being labelled a Pharisee. It is similar to the attempt to silence opposition with which we have be-come so familiar with the application of any dreaded ‘phobe’ label designed to ‘keep heads down and mouths’ shut. This will certainly be the desired effect of those pro-gressives within the church, like the gay Bishop of Grantham, with whom Ed says he has so much in common in the recent Living in Love and Faith video.

Thirdly, much of what Ed says is, in my experience, simply not true.

Is it really the case that ‘we haven’t been heard’ to make the theological point that ‘all human beings are sinful and sexually broken’? If so it is not for want of trying! John Stott was doing this back in 1984 in his Issues Facing Christians Today, Michael Searle in 1997, in Truth and Love and myself in 2016 in ‘What is Sex For?’ in Touchy Topics.

Perhaps Ed has had some unfortunate experiences of evangelical leaders failing to ‘teach the Bible properly’ on matters of sex and sexuality, but again the brush has been spread too broadly on the canvas to be meaningful. One of the best treat-ments I have ever come across on reading the Bible in a literate way in relation to the issue of sexuality is Kevin J Vanhoozer’s, ‘The Bible- Its Relevance Today’ which is as sophisticated and finely nuanced as it gets. Also, to claim that evangelicals have ‘shared few of the Bible’s rich resources for living a contented single life’ is hardly an evidenced view. The latter subject is also present in Stott’s Issues, as well as an excel-lent chapter by David Searle in, God Family and Sexuality, 1997. Neither is it the case that ‘gone has been any sense that sex and sexuality are most of all about advertising God and his love for us and trailing where this world is heading.’ Chris-topher Ash has done an excellent job on this in ‘Christianity and Sexuality’, in 2009, and it is something explored by John Piper in This Momentary Marriage- A Para-ble of Permanence, 2009, as well as myself in the chapter previously men-tioned.

It is surely anachronistic to claim that Jesus ‘broke so many of the extra-Biblical rules of evangelicalism’. What does it mean for us to be more like ‘him being at ease in our bodies’? Since his body was sinless it would have made it ‘easier to live in’ and so this is not a helpful comparison. What is more we have to ask; what criteria are to be used to measure the ‘ease’ with which we live in our bodies? The apostle Paul cer-tainly didn’t find his body all that easy to live in if Romans 7 is anything to go by.

At root my main concern is not simply with the poor nature of Ed’s analysis, but that by writing articles like this he is in danger of being what Lenin described as a ‘useful idiot’ for the progressives (or as the Americans might say a ‘patsy’). Regrettably Ed does not serve the cause of evangelicalism by taking misjudged swipes at nameless straw men.

NEWS ITEM: An article by Ed Shaw titled Christian leadership failures: what’s the cause? Argues that contemporary evangelicals are Pharisees and hypocrites when it comes to sex and sexuality. We set up extra-biblical rules that do nothing but create an atmosphere of fear. He also accuses Evangelicals of being biblical illiterates, Christ-unlikeness, concluding with purposeful sexuality in which he argues that there are recent distortions of the Bible’s position on sexuality which prompted him to write a book, Purposeful Sexuality. A short Christian Introduction. Shaw is also di-rector of www.living.out which claims to help people, churches and society talk about faith and sexuality. A reading of this website members of this movement take varying views about the details of the theology, might lead one to the impression that it is a Trojan horse for eventually accepting homosexuality by evangelicals.