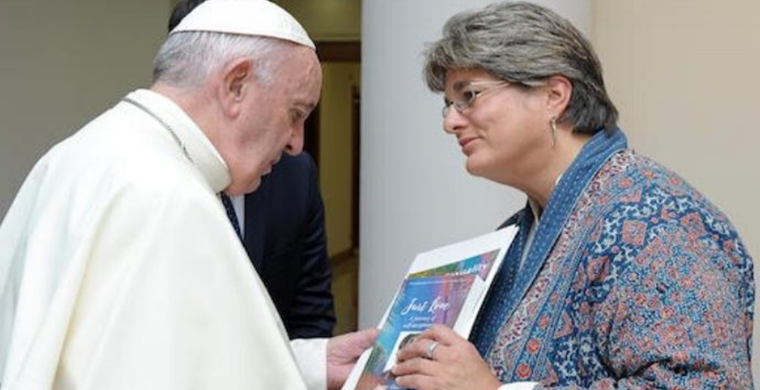 The bishops are asked “not to support, participate [in] or recommend treatments” implemented by Truth and Freedom or other Catholic groups offering healing to homosexuals because “the methodology and the objectives followed are wrong.”

“We also invite those who consider themselves damaged to file a civil complaint, since, from the canonical point of view, we cannot intervene in what they do,” the instruction urges.

Vida Nueva did not provide the primary document issued by CC to the CEE, even though it extensively reported on and commented on the Vatican’s condemnation of reparative therapies.

We urge Pope Francis to urgently meet with those who have benefitted from counseling to achieve their chosen life goals in the area of sexuality.GabTweet

Speaking to Church Militant, Dr. Mike Davidson, chairman of the International Federation for Therapeutic and Counseling Choice (IFTCC), warned that “so-called conversion therapy is shorthand for any who reject homosexual feelings as innate and immutable.”

“Obviously, we should all oppose bad counseling practices,” Davidson conceded. The professional therapist, who has been married for almost 40 years, admits that he had homosexual experiences as a younger man.

“Limiting counseling choice and forcing people to stay gay will be a tragic result of sanctions to ban the right of autonomous individuals to seek professional and pastoral help to leave unwanted homosexual feelings and gender confusion,” Davidson added.

Both, the pro-LGBTQ+ New Ways Ministry (NWM) and secular media have used the Vatican instruction to condemn any form of healing for homosexuality, insisting that “the Vatican’s intervention now sets a precedent for bishops and pastors in other countries to follow.”

Calling the Vatican intervention a “historic first” and “a win” against the “damaging practice” of reparative therapy, NWM bemoans how “the vicious myth that homosexuality is somehow curable persists among many Catholics.”

Pope Francis has himself expressed concern about conversion therapy, according to lesbian activist Jayne Ozanne in 2019.GabTweet

“At the highest levels of the Church, a shift seems to be occurring,” NWM notes. “Pope Francis has himself expressed concern about conversion therapy, according to lesbian activist Jayne Ozanne in 2019.”

Anglican lesbian activist Ozanne, who is campaigning to criminalize healing for homosexuals, was warmly received by Pope Francis at Casa Marta in the pontiff’s private chapel in 2019, Church Militant reported.

Ozanne, who led the debate banning reparative therapy in the Church of England’s General Synod, told Francis that she had tried to make herself straight through reparative therapy and that such treatments had led many young people to consider suicide.

Ozanne also presented the pope with the findings of a 2018 Survey Into Faith and Sexuality conducted by the Ozanne Foundation. The survey claims that LGBTQ+ children of faith subjected to reparative therapy suffer significant harm and mental health issues.

Davidson questions whether “the Holy Father has listened as closely to those who have benefitted from counseling help as he appears to have listened to Ozanne and homosexualist priests like Fr. James Martin”

“Whilst it is grieving to read of the tragedy revealed in Ozanne’s book Just Love that she was the victim of sexual rape-abuse, I do wonder why this fact … is rarely highlighted by those reporting on her story,” Davidson told Church Militant.

“On page 179 of her book, Ozanne herself recognizes that some people experience the transformative power of the Holy Spirit and go on into heterosexual relationships. Does Pope Francis similarly recognize that such change is also part of human experience?” Davidson queries.

“We urge Pope Francis to urgently meet with those who have benefitted from counseling interventions to achieve their chosen life goals in the area of sexuality,” he pleads.

However, Fr. James Martin, S.J. has called upon “the Catholic Church, including the U.S. bishops” to “reject so-called conversion therapy, reparative therapy or ex-gay therapy.”

Freedom is not doing what I like, but what I want to do and must do.GabTweet

“Such programs have been discredited by nearly every reputable psychiatrist, cause immense psychological harm to people, and ‘cure’ nothing,” Martin, a confidant of Pope Francis, asserts.

In June, Francis sent a handwritten note in Spanish to Martin, expressing support for his controversial LGBTQ+ ministry and encouraged him to “continue this way.”

The Truth and Freedom apostolate is run by Dr. Miguel Ángel Sánchez Cordón, who says he suffered from “a totally unwanted sexual attraction toward men” for more than 40 years.

Cordón, who is now married, explains how reparative therapy cured him from his addiction and led him to understand that “freedom is not doing what I like, but what I want to do and must do.”

According to Vida Nueva, the Vatican’s intervention follows 2019 reports that “about five or six” Spanish bishops participated in group activities and referred people, including youth, for reparative therapy to Truth and Freedom.

A report on the organization was sent to Cdl. Beniamino Stella, outgoing prefect of the Congregation for Clergy. The dossier included testimonies of homosexual priests who denounced the group having allegedly suffered “humiliating” practices.

LGBTQ+ activists continue to express outrage at the few Spanish bishops who support healing for homosexuals.

A diocesan center run by Bp. Juan Antonio Reig Pla of Alcalá de Henares was subjected to a government investigation in 2019 after an undercover reporter published an interview with three men who had been through the treatment.

VATICAN CITY (ChurchMilitant.com) – Rome is rejecting the use of “reparative” or “conversion” therapies by Catholic groups to heal homosexuals of same-sex attraction, a Spanish Catholic weekly is reporting.

But homosexuals who have benefited from therapy are urging Pope Francis to meet with those who have found healing from unwanted same-sex attraction.