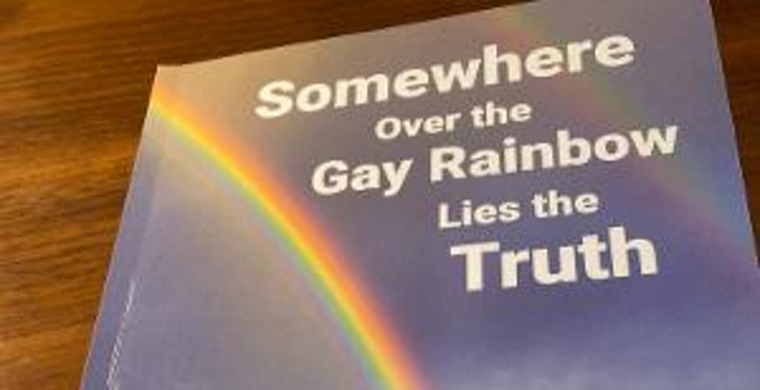 Today homosexuality is deeply embedded in the culture and the churches so deeply in fact, that it has divided friends and families, churches and societies. In fact, whole nations have been dominated by a behavior that has resulted in over 75 million HIV infections and 32 million deaths from AIDS.

Brad Hutt, a former Episcopal layman of more than 40 years, believes he knows what the real issue is: the dishonesty and manipulation of the debate by the organization’s leaders.

It started with converting the American Psychiatry Association making a significant medical shift when it declared homosexuality was not a mental illness. “By itself, homosexuality does not meet the criteria for being a psychiatric disorder.”

From there it was downhill. As Hutt reports, the APA has gone far beyond the legitimate practice of psychology and is now engaged in blatant political activism, papered over with a gossamer veneer of medical terminology. Political conservatives were then labelled “dogmatic,” “intolerant,” “close-mindedness,” “fear,” “anger,” “pessimism,” “self-interest,” “endorsement of inequality,” “terror management,” “lower self-esteem,” “mental rigidity,” “aggression,” “disgust,” “contempt,” and the favorite slur word “homophobia.”

Hutt’s main focus is The Episcopal Church and how a handful of homosexuals and lesbians seized the church with paper canons and persuaded the vast majority to go along with them.

“This is an accounting of the biggest church takeover in world history. It is the story of a Newark, NJ based gay gang who devised a brilliant plot to influence The Episcopal Church by first gaining acceptance and respect then purposely infiltrating its key positions in a stealth operation of mind-boggling proportions.”

Episcopal bishops told their members that they would never approve of same sex marriage. They said marriage was a sacrament of the church and only between a man and a woman. Then those same Episcopal bishops betrayed the laity of the Church with canon 1:18 and redefined marriage for TEC. They sealed the doors of the Supreme Court ruling of same sex marriage, with all the rights and privileges thereto.

Hutt points the finger at Newark bishop John Shelby Spong, who early on became an advocate of homosexuality, pushing a homosexual man, who later died of AIDS, to become a priest. Spong sowed more seeds with his infamous Koinonia statement, which declared that sexual orientation is “morally neutral” and that both homosexuals and heterosexuals can live their lives “with beauty, honor, holiness and integrity.”

Hutt goes on to reveal how Kirk and Madsen’s book “After the Ball — How America will conquer its fear and hatred of Gays in the 90s,” seduced a nation. The book spoke of desensitization, jamming and conversion to persuade a nation, with the help of Hollywood to change America’s thinking.

Hutt devotes a chapter on Indoctrinating children through public libraries using books, aided and abetted by the American Library Association.

With a landmark U.S. Supreme Court ruling legalizing gay marriage nationwide and the threat that churches refusing to perform gay “marriages” could lose their insurance coverage, the pressure only increased on faithful Christians to fold their orthodox beliefs and conform to the spirit of the age. It came to a head on Nov. 19, 2020, when a major LGBT group urged President Biden to strip accreditation of Christian Schools and colleges.

The book concludes with five dioceses voting to withdraw from the Episcopal Church and forming a new movement. These congregations became part of the Convocation of Anglicans in North America (CANA). Church property litigation followed with millions of dollars spent by the National Church to keep properties that had been bought and paid for by earlier, faithful laity from departing TEC. The sitting Presiding Bishop brought lawsuits against clergy and parishioners who voluntarily served as vestry members. At one point, the Episcopal Church’s hit list against orthodox clergy topped 700.

Climaxing the pansexual intrusion into TEC was the push to rid the Church of one bishop, William Love, Bishop of Albany. Love had refused to allow homosexual marriages to take place in his diocese following a General Convention resolution mandating homosexual marriage. Over time, other bishops also left.

In a final word, Hutt argues that America is living a lie. All of us are. “We have been lied to by the leadership of gay organizations in their ‘anything goes’ takeover of America. Hutt lays the blame for the cultural and moral change to the guerrilla tactics of Saul Alinsky, as predicted by Marshall and Kirk. We are all living these lies — homosexuals, heterosexuals, doctors, churches, schools, military, and the courts.”

“We know right from wrong. When some turn away from God and the teachings of the fathers of our great nation, we must stand and stop the madness, by addressing in a Christian manner, the issues that divide and separate us and work towards a resolution.”

How did it happen? How did less than two percent of the population manage to persuade the other 98% that homosexuality was good and right in the eyes of God?

Few, if any thought it possible, but the possible became the probable and the rest is, as they say, history.