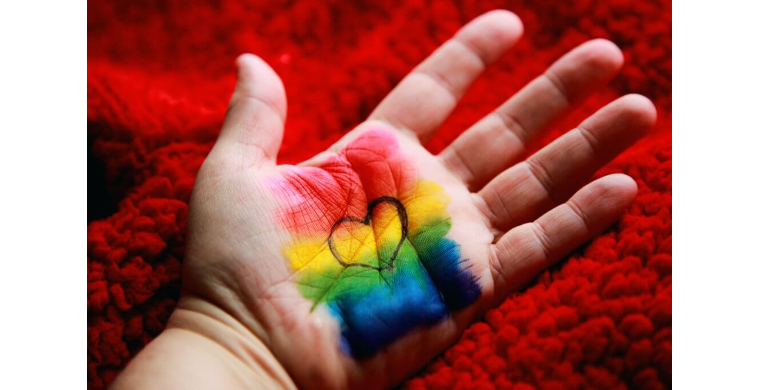 The bill’s proponents claim that The Respect for Marriage Act’s is intended to protect same-sex marriage by making it a federal law. So, what’s the big deal? Hasn’t the Supreme Court already made it unconstitutional for states to restrict same-sex marriage?

Actually, the Act would go much farther than simply making same sex marriage a federal Law. Rather, Section 5 defines marriage as:

For the purposes of any federal law, rule, regulation in which marital status is a factor, an individual shall be considered married if that individual’s marriage is between 2 individuals and is valid in the State with a marriage was entered into . . .

As can be seen from Section 5, the Bill is intended to remove State sovereignty over each State’s marriage laws by requiring each State to give legal recognition to another State’s marriage laws. And with the broad language of Section 5, the laws in question would not be limited to same-sex marriage. In fact, each State will be required to recognize every other State’s marriage laws, even if contrary to that State’s own laws. As an example, each State would be required to recognize a so called “child bride” marriage which is legal in a few states like California which have no age limits for marriage. Under this scenario, the State with the lowest common denominator would dictate the law for the rest of the nation.

And the Act would have enforcement teeth. H.R. 8404 states: “the Attorney General may bring a civil action in the appropriate United States District Court against any person who violates subsection (a) for declaratory and injunctive relief. ” If this were to become law and If you happened to hold the conviction that marriage is the union of one man and one woman, you may find the Justice Department knocking at your door. One need only recall the “domestic terrorism” label given to the parents that showed up and objected at a local school board meetings in Virginia to see how a weaponized DOJ could be used to enforce the ideological agenda of the LGBTQ+ though this Act.

Moreover, the Act would give a private right of action to citizens to sue based on perceived violations of their rights. Put another way, this could mean someone offended by your biblical beliefs could sue you, just like the baker in Colorado, the florist in Washington and so many others sued for discrimination for their convictions regarding marriage. Some will argue that the Supreme Court’s increasing guarantees of religious liberty in its recent decisions warrant our support of this bill. We strongly disagree. The financial and emotional toll on people of faith defending their religious freedom against aggressively secular culture warriors who are willing to file frivolous and repeated lawsuits, even if their religious liberties are finally upheld by the Supreme Court, has been devastating. Again, one only need to look at what is taking place on so many College campuses to understand the threat that this poses to those whose conscience does not align with the Ideological bent behind this Bill.

As for the latest amendment added language to protect religious freedom, Section 6 of H.R. 8404 now provides:

“NO IMPACT ON RELIGIOUS LIBERTY AND CONSCIENCE. Consistent with the First Amendment to the Constitution, nonprofit religious organizations, including churches, mosques, synagogues, temples, nondenominational ministries, interdenominational and ecumenical organizations, mission organizations, faith-based social agencies, religious educational institutions, and nonprofit entities whose principal purpose is the study, practice, or advancement of religion, and any employee of such an organization, shall not be required to provide services, accommodations, advantages, facilities, goods, or privileges for the solemnization or celebration of a marriage. Any refusal under this subsection to provide such services, accommodations, advantages, facilities, goods, or privileges shall not create any civil claim or cause of action.

As is clear from a reading of the actual provision, the clever heading is the exact opposite of what the text provides. In fact, in most circumstance Section 6 does not provide a religious exemption for most people or institutions which may have religious convictions contrary to H.R. 8404. Instead, the exemption only applies to the very narrow circumstance of “solemnization or the celebration of a marriage.” Everything else is fair game for the DOJ or an aggrieved citizen.

Finally, under Section 7, “any benefit, status, or right of an otherwise eligible entity or person, including tax-exempt status, tax treatment, educational funding, or a grant, contract, agreement, guarantee, loan, scholarship, license, certificates, accreditation, claim or defense” cannot be denied if the benefit status or right does not arise from a marriage. In other words, such benefits, status, or rights can be denied If they concern matters covered in H.R. 8404. For instance, the IRS could cancel the tax exemption of any church or not-for-profit social service agency that refuses to support the LGBQT+ agenda regarding marriage. So too, school accreditation, licensing, ability to issue degrees or certificates, etc. would also be jeopardized. While more subtle than its predecessor, H.R. 5 “The Equality Act”, which outright nullified the Religious Freedom Restoration Act of 1993, passed to prohibit the federal government from burdening a person’s free exercise of religion, this bill implicitly would do the same.

Because of the direct threat that this Bill poses to religious liberty in general and to the beliefs and activities of the American Anglican Council and other biblically faithful organizations, we urge you to write your Senators urging them to vote against H.R. 8404 in any form.

The midterm elections may be over, but that does not mean that the raging fight for religious freedom, and for the Judeo-Christian values which have guided our society since its founding, is over.

On November17, 2022, H.R. 8404, “The Respect for Marriage Act,” was brought to the Senate floor for a vote as part of its lame-duck legislative agenda. While the bill fell short of the needed 60 votes, nevertheless, it garnered 53 votes. It is now back for revisions with the hope of overcoming the objections of enough opponents to pass.

What is so troubling about this legislation which is said now to include an amendment to address religious liberty objections?