Joe Biden made a big mistake. He revealed, in an interview with ABC’s David Muir, that he doesn’t understand federal financing. 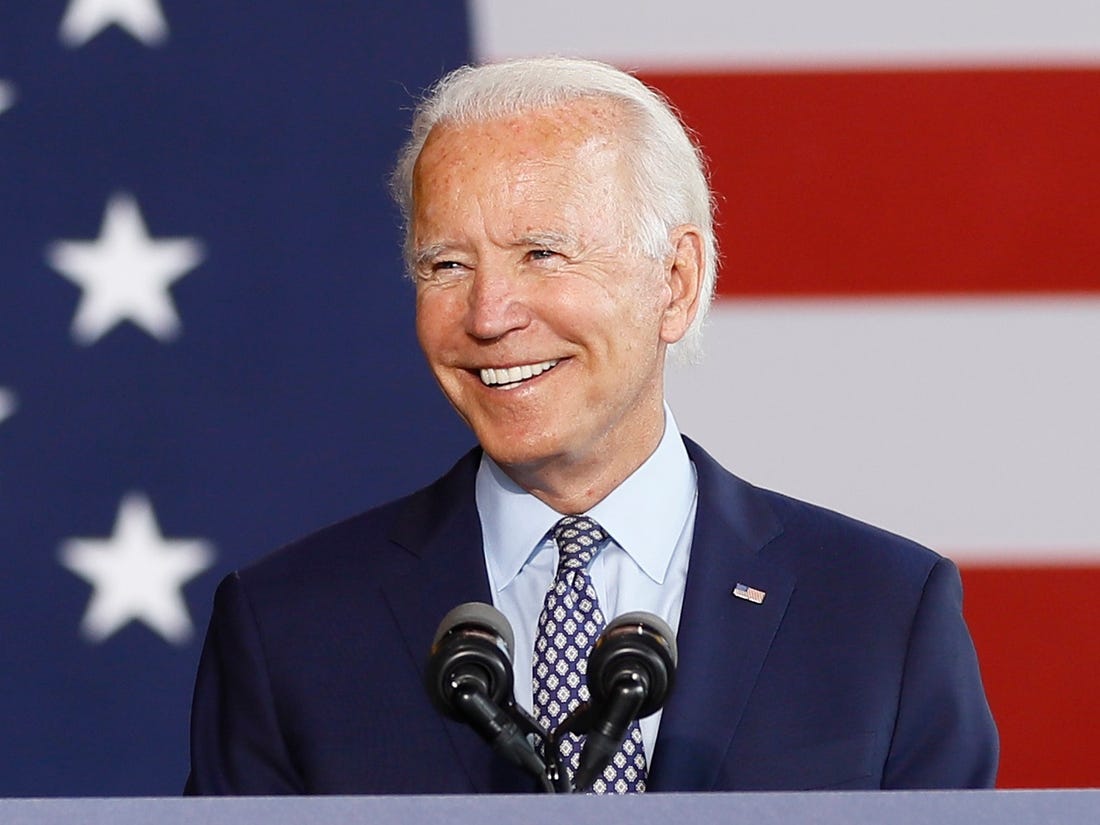 “Everyone should pay their fair share” of a useless and regressiv tax.

Here are some excerpts:

Joe Biden and his running mate Sen. Kamala Harris, the former vice president (said) everybody should pay “their fair share.”

Presumably, Biden and Harris believe that making “soak-the-rich” statements will endear them to the working populace, who gleefully enjoy any punishment of the rich.

They may be right about those emotions, but they are at least partly wrong about the economics.

They are right that raising taxes on the rich would narrow the Gap between the rich and the rest, which would benefit the economy in myriad ways.

But, the federal government neither needs nor uses tax income. The federal tax dollars you send to the U.S. Treasury leave the economy and cease to exist. So, rather than holding taxes steady, the Democrats should cut taxes for everyone who is not rich.

Tax policy is taking on additional significance for the 2020 presidential election, with the economic crisis inextricably tied to the pandemic, and more than 30 million Americans currently on unemployment.

Although Biden has been leading in the polls, polls also have shown that voters have greater confidence in President Donald Trump when it comes to the economy.

Voters may have greater confidence in Trump regarding the economy, because Trump has taken credit for the ongoing effect of President Obama’s increased deficit spending.

Trump, with his tax cuts for the rich and his increased import duties — which effectively are tax increases on the “not-rich,” has widened the Gap between the rich and the rest.

“Is it smart to tax businesses while you’re trying to recover?” Muir asked.

“It’s smart to tax businesses that are in fact making excessive amounts of money and paying no taxes,” Biden told Muir.

“It’s how we did it last time,” he said, in reference to the 2008 recession, adding that his work, at the time, with then-President Barack Obama, led to economic recovery, “with the largest, the most consecutive number of months of growth in jobs of any time in history. We did it the right way.”

No, it is not smart to tax business when you’re trying to recover, or any other time. What they actually did was pump money into the economy with increased federal deficit spending:

When Muir pressed him on whether taxes would be raised on small businesses, Biden emphatically said, “No.”

“There will be no raising taxes” on the “90% of the businesses out there are mom and pop businesses — that employ less than 50 people,” Biden responded.

Biden is correct that small businesses need help, but this will not be accomplished by taxing large businesses, however one defines “large” and “small.”

That a business employing more than 50 people should be considered “large” and taxed more, is ludicrous. The number of employees is not relevant to “making excessive amounts of money and paying no taxes.” What is relevant? Profits and taxes.

To narrow the Gap between the rich and the rest, the highest personal incomes should be taxed, not businesses.

In Summary, Biden doesn’t understand Monetary Sovereignty, Gap Psychology, and this misunderstanding leads him to tell The Big Lie.

Assuming he wishes to help the underclasses, narrow the Gap, and stimulate the economy he should begin by eliminating FICA, while leaving the funding of Medicare and Social Security to the federal government.

Contrary to popular wisdom, FICA does not fund Social Security or Medicare. Like all federal taxes (but unlike state/local taxes) FICA funds nothing. The federal government could fund unlimited spending with no taxes.

FICA is the most regressive tax in America. Eliminating FICA would benefit workers and businesses. It would decrease unemployment by making employment cheaper. It has been suggested seriously by just one politician, none other than Donald J.Trump. But, in perhaps the only time the GOP toadies have stood up to Trump, they said “No.”

Ironically, this may have been the only good idea Trump has had during his term.

2. Federally funded Medicare — parts A, B & D, plus long-term care — for everyone

3. Social Security for all or a reverse income tax

4. Free education (including post-grad) for everyone

8. Tax the very rich (the “.1%”) more, with higher progressive tax rates on all forms of income.

9. Federal ownership of all banks

10.Increase federal spending on the myriad initiatives that benefit America’s 99.9%

The Ten Steps will grow the economy and narrow the income/wealth/power Gap between the rich and the rest. MONETARY SOVEREIGNTY