There is a rather widespread belief that if the government simply gives people money, they won’t work. Instead, they will be satisfied with the money they are given.

The variables in this hypothesis are: The amount of money, the people’s needs, the jobs available, the salaries available, and perhaps most importantly, the psychology of the people with regard to work.

There is a strange paradox that the people who labor hardest or at the least appealing jobs are paid the least.

It’s a paradox only because, for instance, one would think an employer would have to pay more to get someone willing to dig in a windowless, damp, dark, dreary, dangerous mine than to a teacher sitting in a comfortable, clean, often air-conditioned room, with windows to the outside.

Where would you rather be: A mine or a classroom?

When those coal miners, school teachers, forest fire fighters, et al are out of work, Modern Monetary Theory(MMT) refers to them as “buffer-stock.”

When you are nothing more than “buffer-stock,” you have no ambitions, preferences, or human needs. You are just a peg to be fitted into an appropriately-sized government hole.

And having none of those aforesaid ambitions, preferences, or needs, you will be satisfied with whatever amount of money you have and/or receive.

So, if you are a buffer-stock person formerly making $50,000 a year, and the government was to pay you $30,000 a year, you will be satisfied, and not work to earn even more. At least, that is the belief of MMT and others with similar views. 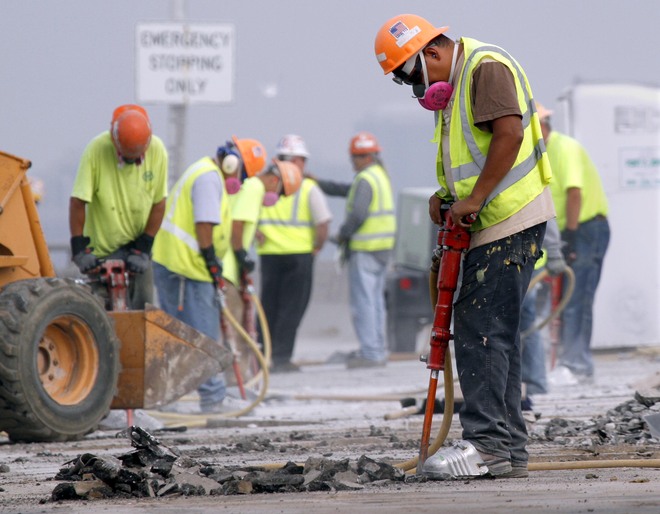 And that is why MMT suggests its Jobs Guarantee.

Rather than having the government simply give you money, MMT et al would give you a minimum wage job, that you may or may not (probably, not) like, to prevent you and the other lazy slugs from just lolling about, doing nothing but collecting the dole.

The MMT rationale is that having any job, even a crap job, will look good on your resume, and help you find a job. Puleeeze! I personally have hired hundreds of people, and never have found that make-work on a resume was more attractive than no-work.

The myth of the lazy poor is rampant and ignores the reality that pay scales tend to be inverse to effort or benefit to society.

The laziest people on earth probably are the billionaires who resent having to walk, drive, lift, wash a dish, make a bed, set an appointment, wait in a line, fill out a form, or rear a child.

For those rich, their primary contribution to society is to give falsely appreciated property to charity, thereby gaining more in tax deductions than the cost of the property. (Hello, Donald Trump, who hasn’t paid taxes in most of the past 20 years).

These entitled few are given tax breaks that allow them to pay little or nothing against millions or even billions of annual income.

Yet there is annoyance, even among your fellow buffer-stocks, when a poor person receives any sort of free ride. Taking a few dollars in food stamps receives sneers even from the middle classes.

When there is a mention of Step 3. of the Ten Steps to Prosperity (below) [Provide a monthly economic bonus to every man, woman and child in America, similar to social security for all], there is heard in our land, plaintive moans, “Who will pick up our garbage; who will pave our streets; who will mow our lawns, who will do the dirty work the rest of us can’t bear to touch?”

The whole notion of the “buffer-stock” not caring to earn more and lift their standard of living is demeaning, ridiculous, and ignorant.

BUT, let’s say it’s true. Let’s say that if you simply give all those road construction workers the equivalent of their salary, and they decide not to work, what would happen?

First, it would stimulate the economy. When state and local governments pay bills, they use existing, recirculated dollars. No stimulus there.

But when the federal government pays bills, it uses newly created dollars, which increases the nation’s money supply and stimulates Gross Domestic Product.

Second, there would be a shortage of road construction workers, which would lift their salaries, and that would narrow the Gap between the richer and the poorer. A narrow Gap benefits the masses, which should be both a moral and economic goal of any nation.

In Summary, people are not “buffer-stock.” They are humans with hopes and dreams for themselves and their children. Whatever they have, they want more.

If unemployed people need money, give them money, not junk jobs.

Don’t pretend it is morally unsavory to do for the poor exactly what the government does for the rich. The less affluent need money, so give them money.

The inverse relationship between effort and reward is an abomination. If being given money means fewer people will accept junk jobs, good.

That will help force employers to make the jobs less “junky.” Work environments will improve and the pay will increase. Those are good results.

Every man, woman, and child in America should receive Social Security, and the benefits themselves should be increased. The result would be greater economic growth and a narrower Gap between the richer and the rest.