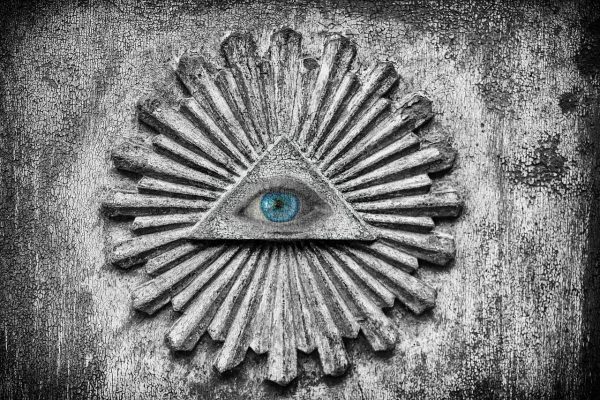 One of the biggest reasons why the elite hate Donald Trump so much is because they can’t control him.  But if Joe Biden ends up in the White House, that won’t be a problem.  Our corporate overlords know exactly what they are getting with Biden, and that is why they backed him so strongly during the campaign.  In fact, if our corporate overlords could create a perfect president from scratch, they would end up with someone that looks very similar to Joe Biden.

Let me explain what I mean.  One thing that the elite value in any politician is weakness, and today Joe Biden is very weak.  At one time he had a little bit more of a backbone, but at this point he has deteriorated very badly and his physical, mental and emotional weaknesses are apparent to everyone.

But a president can’t afford to be weak, because pressure is put on the White House from a thousand different directions on a daily basis.  Any sign of weakness from a president is like blood in the water, and the political sharks are going to be all over him.

If our corporate overlords were creating a perfect president from scratch, they would also want someone that owes them favors, and Joe Biden owes them big time.

In the months leading up to the election, the corporate media and the big tech companies made sure that any negative stories about Biden were suppressed, and ultra-wealthy donors all over the nation absolutely showered him with money.  In fact, Biden raised money from the megadonor class like we have never seen before.  The following comes from the New York Times…

From Hollywood to Silicon Valley to Wall Street, Mr. Biden’s campaign has aggressively courted the megadonor class. It has raised almost $200 million from donors who gave at least $100,000 to his joint operations with the Democratic Party in the last six months — about twice as much as President Trump raised from six-figure donors in that time, according to an analysis of new federal records.

Without the backing of the elite, Biden never would have won, and Biden understands this very well.

The Wall Street crowd was particularly generous this campaign cycle.  In late October, CNBC reported that they were on pace to give a total of 74 million dollars to Biden’s campaign…

People in the securities and investment industry will finish the 2020 election cycle contributing over $74 million to back Joe Biden’s candidacy for president, a much larger sum than what President Donald Trump raised from Wall Street, according to new data from the nonpartisan Center for Responsive Politics.

Needless to say, you don’t give someone 74 million dollars without expecting something in return.

Tim Geithner, former Treasury secretary under President Barack Obama and current president of private equity firm Warburg Pincus, contributed $150,000 to the Biden Action Fund in August. Antonio Gracias, founder of Valor Equity Partners, and Jonathan Shulkin, a partner at the same firm, each shelled out more than $300,000 that same month to the committee.

In America today, it takes a tremendous amount of money to win elections on the national level.

When I was running for Congress, I did not get even a single penny from PACs, and the guy that ended up winning was absolutely showered with PAC money.  I learned a very hard lesson about how our system works, and it is a lesson that I will never forget.

Thirdly, if the elite could create a perfect president from scratch, they would want someone that is deeply corrupt.

I know that may sound strange, but this is how politics in America works.

When a politician has skeletons in his or her closet, that gives the elite leverage, and our corporate overlords absolutely love to have leverage on our politicians.

As far as Joe Biden is concerned, I don’t even have to say anything.  Everyone has seen the hair sniffing videos, everyone has heard the Tara Reade allegations, and all of that Hunter Biden stuff is still out there.

If Joe Biden falls in line and is always careful to do what they want, the elite will make sure that Joe Biden’s skeletons remain buried.

But if and when it becomes necessary, they will nail Biden with all of the dirty stuff from his past.

If Trump’s legal challenges are not successful and Biden wins the presidency, the elite will be greatly relieved.

It wasn’t Donald Trump’s policies that enraged the elite so much.

It was the fact that they didn’t have control over him.

But under a Biden administration things will be dramatically different.  His transition team includes executives or former executives from Airbnb, Amazon, Booz Allen, Capital One, Dell, DropBox, JPMorgan, LinkedIn, Lyft, Stripe, Visa and Uber.  And his agency review team for the Department of Defense contains eight individuals with direct links to the weapons industry…

On Novem­ber 10, Biden announced his agency review teams, which he says ​“are respon­si­ble for under­stand­ing the oper­a­tions of each agency, ensur­ing a smooth trans­fer of pow­er, and prepar­ing for Pres­i­dent-elect Biden and Vice Pres­i­dent-elect Har­ris and their cab­i­net to hit the ground run­ning on Day One.”

Of the 23 peo­ple who com­prise the Depart­ment of Defense agency review team, eight of them — or just over a third — list their ​“most recent employ­ment” as orga­ni­za­tions, think tanks or com­pa­nies that either direct­ly receive mon­ey from the weapons indus­try, or are part of this indus­try.

What I have covered in this article is just the tip of the iceberg.

After four years under Trump, the elite are extremely eager to be back in control, and they are almost there.

The Biden administration will likely be a wonderful time for them, but things won’t go so well for the rest of us.