Ohio State University scientists have figured out a cheaper, more efficient way to conduct a chemical reaction at the heart of many biological processes, which may lead to better ways to create biofuels from plants.

Scientists around the world have been trying for years to create biofuels and other bioproducts more cheaply. The Ohio State team may have cracked it with the report published in the journal Scientific Reports, where they suggest that it is possible to do so. 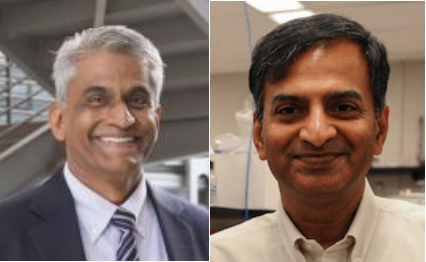 Venkat Gopalan, a senior author on the paper and professor of chemistry and biochemistry at The Ohio State University explained the background, “The process of converting sugar to alcohol has to be very efficient if you want to have the end product be competitive with fossil fuels. The process of how to do that is well-established, but the cost makes it not competitive, even with significant government subsidies. This new development is likely to help lower the cost.”

At the heart of their discovery: A less expensive and simpler method to create the “helper molecules” that allow carbon in cells to be turned into energy. Those helper molecules (which chemists call cofactors) are nicotinamide adenine dinucleotide (NADH) and its derivative (NADPH). These cofactors in their reduced forms have long been known to be a key part of turning sugar from plants into butanol or ethanol for fuels. Both cofactors also play an important role in slowing the metabolism of cancer cells and have been a target of treatment for some cancers.

But NADH and NADPH are expensive.

Vish Subramaniam, a senior author on the paper and recently retired professor of engineering at Ohio State explained the premise for the work, “If you can cut the production cost in half, that would make biofuels a very attractive additive to make flex fuels with gasoline. Butanol is often not used as an additive because it’s not cheap. But if you could make it cheaply, suddenly the calculus would change. You could cut the cost of butanol in half, because the cost is tied up in the use of this cofactor.”

To create these reduced cofactors in the lab, the researchers built an electrode by layering nickel and copper, two inexpensive elements. That electrode allowed them to recreate NADH and NADPH from their corresponding oxidized forms. In the lab, the researchers were able to use NADPH as a cofactor in producing an alcohol from another molecule, a test they did intentionally to show that the electrode they built could help convert biomass – plant cells – to biofuels.

This work was performed by Jonathan Kadowaki and Travis Jones, two mechanical and aerospace engineering graduate students in the Subramaniam lab, and Anindita Sengupta, a postdoctoral researcher in the Gopalan lab.

But because NADH and NADPH are at the heart of so many energy conversion processes inside cells, this discovery could aid other synthetic applications.

Subramaniam’s previous work showed that electromagnetic fields can slow the spread of some breast cancers. He retired from Ohio State on Dec. 31, 2020.

This finding is connected, he said: It might be possible for scientists to more easily and affordably control the flow of electrons in some cancer cells, potentially slowing their growth and ability to metastasize.

Subramaniam also has spent much of his later scientific career exploring if scientists could create a synthetic plant, something that would use the energy of the sun to convert carbon dioxide into oxygen. On a large enough scale, he thought, such a creation could potentially reduce the amount of carbon dioxide in the atmosphere and help address climate change.

Subramaniam said, “I’ve always been interested in that question of, ‘Can we make a synthetic plant? Can we make something that can solve this global warming problem with carbon dioxide?’ If it’s impractical to do it with plants because we keep destroying them via deforestation, are there other inorganic ways of doing this?”

This discovery could be a step toward that goal: Plants use NADPH to turn carbon dioxide into sugars, which eventually become oxygen through photosynthesis. Making NADPH more accessible and more affordable could make it possible to produce an artificial photosynthesis reaction.

But its most likely and most immediate application is for biofuels.

Biochemists and engineers don’t often conduct joint laboratory research. Its interesting that the researchers came together for this scientific inquiry.

Gopalan and Subramaniam met at a brainstorming session hosted by Ohio State’s Center for Applied Plant Sciences (CAPS), where they were told to think about “big sky ideas” that might help solve some of society’s biggest problems. Subramaniam told Gopalan about his work with electrodes and cells, “and the next thing we knew, we were discussing this project,” Gopalan said. “We certainly would not have talked to each other if it were not for the CAPS workshop.”

One does expect that the press release connects to a study that does in fact map a route to far less expensive NADPH. If there is a route in there and will scale up to commercial quantities at a low cost then this might well be a breakthrough. Time will tell, researchers with industrial production connections are likely watching closely. The potential for butanol, a near drop in gasoline replacement, is stunning.

This research is in the really early stage. One might congratulate Subramaniam on a career well done. Those with so much experience are always missed.