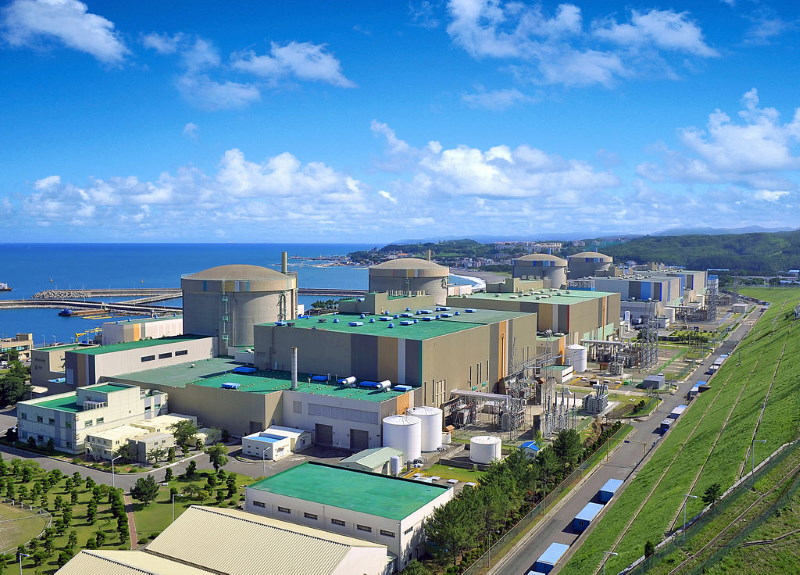 Wolseong’s South Korean nuclear power plant produces about 4,598 megawatts of electrical power. The Wolseong plant consists of six nuclear reactors, all of the so-called CANDU type. A CANDU reactor does not use ordinary water as a coolant, but dideuterium oxide (so-called “heavy water”). No enriched uranium is needed as fuel for such a reactor. “Just” pure uranium is sufficient, but used uranium rods and other nuclear waste from other nuclear power plants can also be used. Wolseong’s two most modern reactors date from 2012 and 2015. They each deliver a power of 997 megawatts. 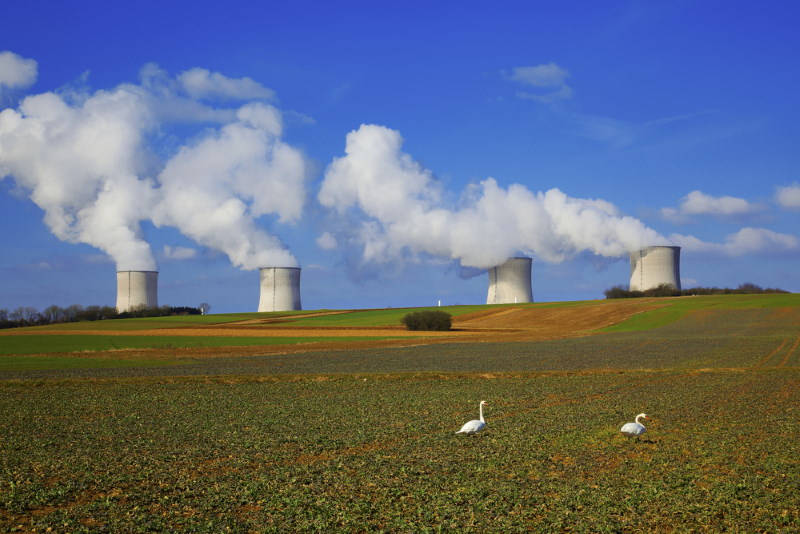 The Cattenom nuclear power plant is located in the French Grand Est region, close to the border with the Grand Duchy of Luxembourg and Germany. The plant uses water from the nearby river Moselle as a coolant. There are four nuclear reactors at the Cattenom site, each of which produces a capacity of 1,300 megawatts, making a total of 5200 megawatts. It is the third largest nuclear power plant in France, operated by Électricité de France (EDF), one of the largest energy producers in the world. The oldest reactor dates from 1971; the most recent from 1991.

The second largest nuclear power plant in France is that of Paluel, a coastal town in Normandy about 40 kilometers from the city of Dieppe. The Paluel power station consists of four reactors, all commissioned in the period 1985-1986. The reactors are of the PWR type (Pressurized Water Reactor: pressurized water reactor with water under high pressure as coolant). The total electrical power that the plant can supply is 5,320 megawatts. The Paluel nuclear power plant was planned to remain in operation until 2026. The plant had more than once problems with the cooling water, which often contained too much algae. 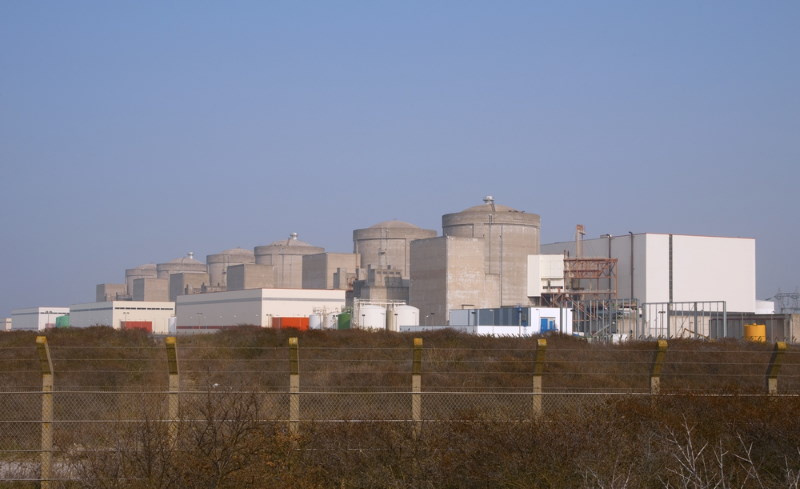 The Gravelines nuclear power plant, on the French North Sea coast between Calais and Dunkirk, is capable of generating 5,460 megawatts of electrical power. Gravelines is thus the largest nuclear power plant in France, ranked according to electrical power. It is also the second largest in Europe and the sixth largest in the world. The Gravelines power station consists of six PWR reactors, each of 900 megawatts. The reactors were built in resp. 1980, 1981 and 1985. The plant would be decommissioned by 2025 at the latest. Since 2006, three minor incidents have taken place at the plant. 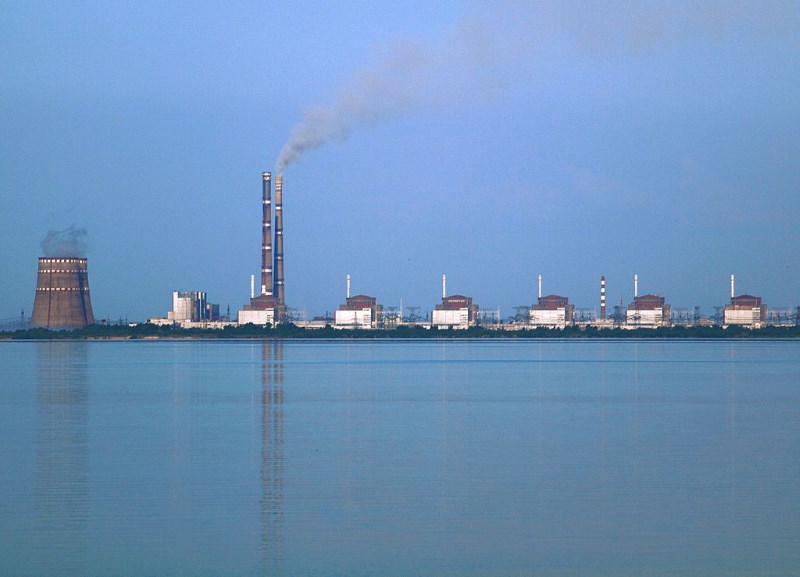 The title of largest nuclear power plant in Europe by electrical power goes to the Zaporizhia plant in Ukraine. The site’s six PWR reactors are of the VVER V-320 type and date from the Soviet era, more specifically from the period 1985-1989. Only the youngest reactor was built in 1996, when Ukraine was already an independent state. The Zaporizhia power station generates 5,700 megawatts of electrical power, which accounts for about half of Ukraine’s electricity production. A renovation took place in 2017, allowing the nuclear power plant to remain in operation until at least 2027. 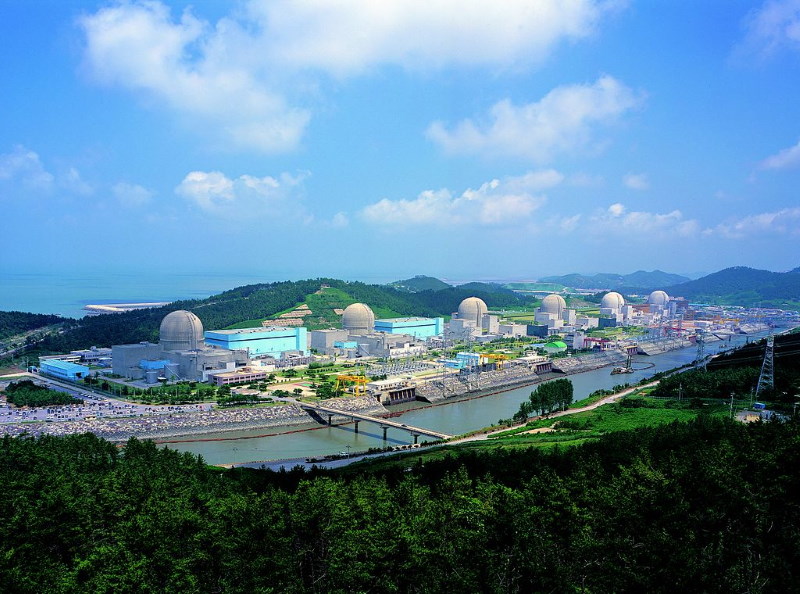 The Hanbit Power Plant in South Korea is one of the top five largest nuclear power plants in the world with a production of 5,875 megawatts. Six PWR reactors are located at the Hanbit site in South Korea’s Jeollanam-do province. The two oldest of these were started up in 1986. The other reactors followed in the period 1995-2002. In 2012, security checks revealed that eight parts suppliers had falsified certain quality certificates. The result was the temporary shutdown of two reactors with a large-scale safety inspection that lasted eight weeks. 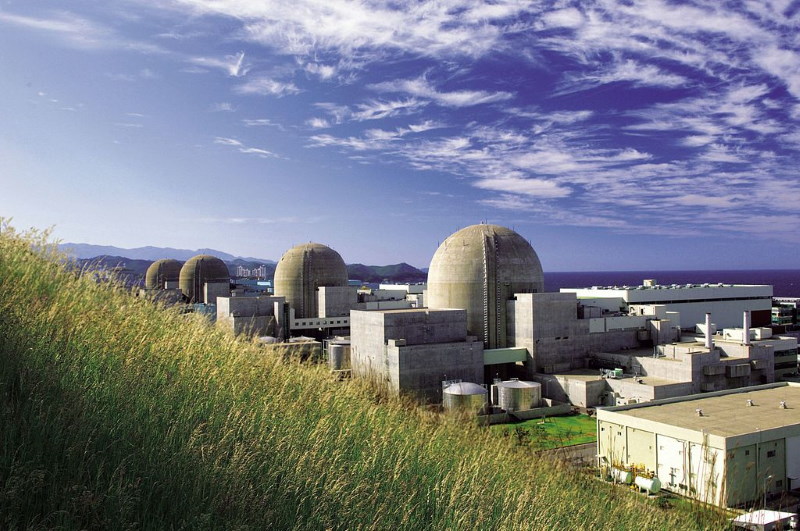 The Hanul nuclear power plant in Gyeongsangbuk-do province of South Korea has six PWR reactors with a total production capacity of 5,928 megawatts. The plant is in the process of expanding: two additional reactors are being finalized, while two more will be commissioned in 2022. For these new and very modern reactors, the designers only use South Korean technology. 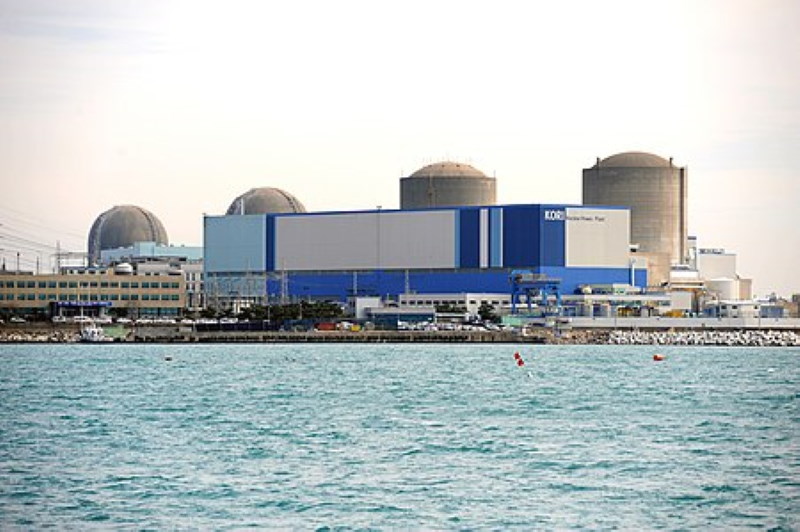 6,040 megawatts: that’s the power produced by South Korea’s largest nuclear power plant, the Kori plant. It is also the third largest nuclear power plant in the world. Kori’s plant consists of seven reactors. The very first reactor started to supply electricity from 1979. The four newest reactors added from 2006, the so-called “Shin Kori” reactors, are exclusively South Korean made. The last two reactors installed have an electrical capacity of almost 1400 megawatts. The plant’s oldest reactor was decommissioned in 2017. 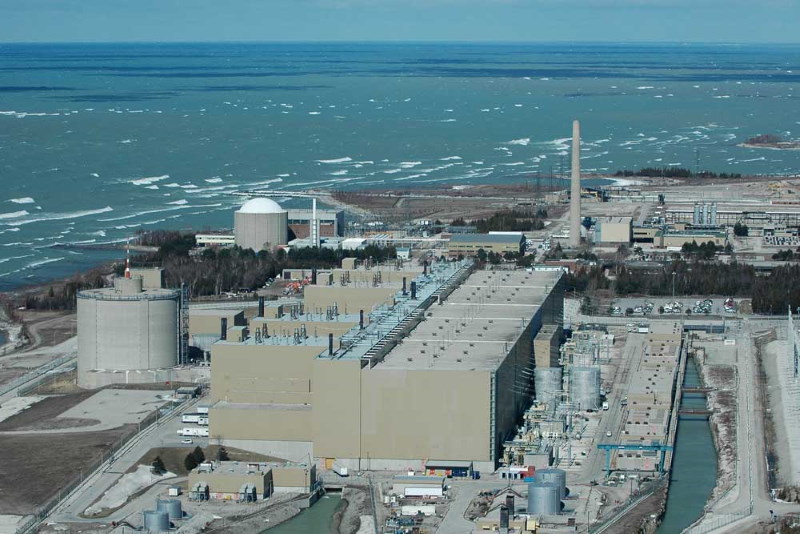 The Bruce Nuclear Generating Station is located on the eastern shore of Lake Ontario in Southern Canada, close to the United States border. The nuclear power plant occupies no less than 9.32 square kilometers of land area and includes eight nuclear reactors. Measured by the number of reactors in operation, the Bruce Nuclear Generating Station is the largest nuclear power plant in the world. All reactors are of the PHWR CANDU type, which do not use ordinary water but the so-called “heavy” water as the primary coolant. The maximum electric power produced is 6384 megawatts. Construction of the plant took place in several phases from 1971 to 1987. 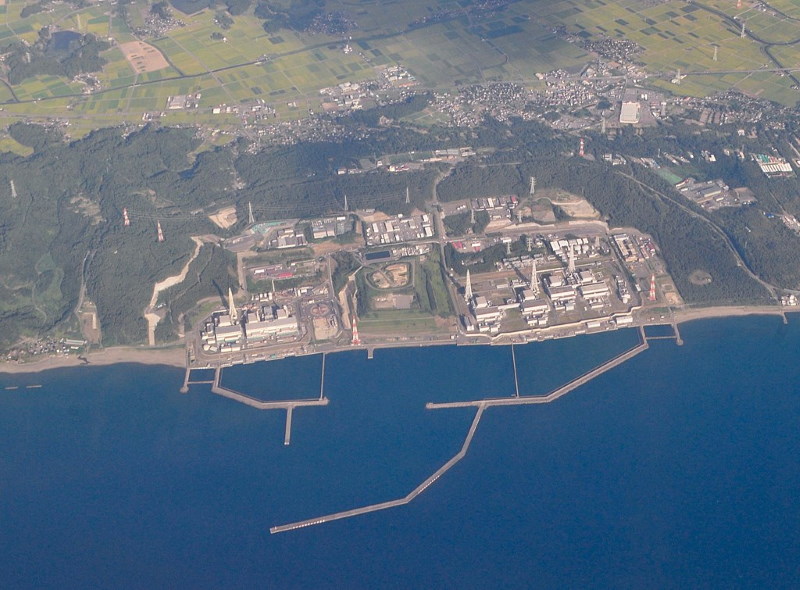 At present, the Kashiwazaki-Kariwa nuclear power plant is the largest nuclear power plant in the world. In fact, it is the fourth largest power station worldwide; only three hydropower plants produce even greater power. The plant is capable of generating no less than 7,965 megawatts of electrical power with seven nuclear reactors. The site extends over an area of ​​4.2 square kilometers. Five of the seven reactors are of the BWR (boiling water reactor) type. The other two reactors are more advanced ABWR (Advanced Boiling Water Reactor) types. The construction of the plant took place in phases from 1985 to 1997. In an earthquake in 2007, the installations were damaged and the plant was shut down for some time. When a tsunami seaquake hit the Fukushima nuclear power plant in 2011, triggering a nuclear disaster, the Japanese government decided to stress test the Kashiwazaki-Kariwa reactors. Operator TEPCO again shut down the plant. The (partial) restart of the plant is still under discussion.