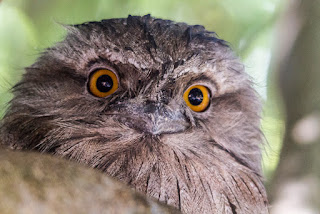 Germany, France, Spain and all of Italy also paused their AstraZeneca rollouts, shortly after this article was published.

Ireland and the Netherlands have temporarily paused their rollouts of the AstraZeneca COVID vaccine, due to concerns about blood clots.

The move follows reports from Norway over the weekend, where three health-care workers who had received the vaccine were treated for blood clots. Austria last week also reported two cases of serious adverse events related to blood clots after immunisation with this vaccine.

Norway, Denmark, Iceland and one region of Italy have all also temporarily halted their AstraZeneca immunisation programs while they investigate.

While these responses have come from individual countries, the European Medicines Agency said last week there’s “no indication” recent reports of blood clots following vaccination were caused by the AstraZeneca vaccine. The drug maker itself said a review of 17 million people vaccinated in the United Kingdom and the European Union found no evidence of increased risk of blood clots.

So far, data from the phase 3 clinical trials and real-world rollouts suggest blood clots and other “thromboembolic” events occur no more frequently in people vaccinated with the AstraZeneca shot than they do in the general population. Thromboembolic events include blood clots, pulmonary embolisms and deep vein thrombosis.

But we would urge extreme caution in pausing rollouts while investigations are underway, because once a vaccine rollout is paused, it can sometimes dent vaccine confidence so much that it struggles to recover, as seen in Japan with the Human Papillomavirus vaccine.

We agree Australia should continue its rollout while these investigations are taking place.

What are ‘background rates’?

So when vaccinating many millions of people, we expect a very small number of them to develop a blood clot that coincidentally occurs not long after they’ve received a vaccine. This doesn’t mean it was caused by the vaccine.

Data from AstraZeneca’s clinical trials, involving 24,000 people, found four of these thromboembolic events occurred in people given the vaccine, and eight occurred in the placebo group who didn’t receive the COVID vaccine.

Following vaccination with the AstraZeneca shot, these events did not occur at a rate higher than the expected “background rate”.

As of March 10, there have been 30 thromboembolic events reported from almost five million people given COVID vaccines in the European Economic Area.

In the UK, more than 11 million doses of the AstraZeneca vaccine have been administered, and the rate of blood clots has not been greater than the natural rate expected to occur.

Australia will need to detect whether rates of clots are the same or greater than expected following COVID vaccines. To do so, our vaccine safety surveillance service in Victoria, called SAEFVIC, has determined local background rates of these (and other) potential adverse events, though this isn’t yet published data. Other jurisdictions throughout Australia have done the same, in collaboration with the TGA. As the COVID vaccine rollout continues, we will monitor if the number of these events in Australia remains within the expected “background rate”.

Given the data, we don’t think it’s necessary to stop or pause COVID vaccine rollouts in the meantime. Halting vaccine rollouts can dramatically dent public confidence in the vaccine, and the World Health Organization recommends caution as the vaccine safety assessments continue.

Of course, this doesn’t mean we should ignore the recent reports of blood clots in people given the vaccine. We should thoroughly investigate them as a matter of priority, which is what’s occurring in these European countries.

In fact it’s important to consider all adverse events as potentially possible, so none are dismissed.

It’s also important for both the regulators and investigators to consider whether vaccine technology is potentially related to any safety concerns. The AstraZeneca vaccine is what’s known as a “viral vector” vaccine, which uses a different technology to the mRNA vaccines like Pfizer and Moderna’s shots. The United States hasn’t seen an increase in thromboembolic events while using the Pfizer and Moderna vaccines in its rollout. But safety surveillance is ongoing, which will also soon include data on the Janssen COVID vaccine.

Read more: How do we know the COVID vaccine won’t have long-term side-effects?

In Australia, we have robust vaccine safety systems including active surveillance via “AusVaxSafety” which asks vaccinated individuals for reports via SMS of vaccine side-effects. Adverse events can also be reported directly to state vaccine safety services or to the TGA.

The TGA said last week it hasn’t received any reports of blood clots following use of the AstraZeneca vaccine in Australia since the first dose was administered on March 5, but close monitoring will continue.