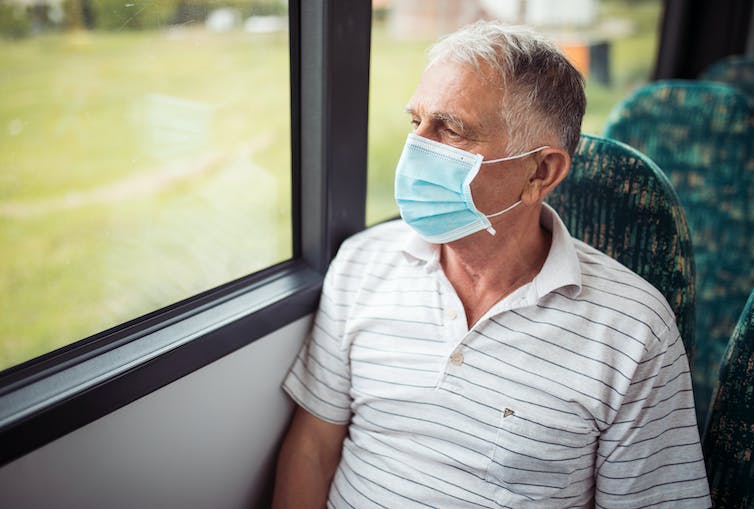 Australia is heading for its third Omicron wave in the coming weeks, as BA.4 and BA.5 become the dominant COVID strains.

BA.4 and BA.5 are more infectious than previous COVID variants and subvariants, and are better able to evade immunity from vaccines and previous infections. So we’re likely to see a rise in case numbers.

So what are BA.4 and BA.5? And what can we expect in this next phase of the pandemic?

Omicron started off as three subvariants (that is, a group of viruses from the same parent virus), all appearing in late November 2021 in South Africa: BA.1, BA.2, and BA.3.

The three are genetically different enough that they could have had their own Greek names. But for some reason, this did not happen, and the World Health Organization designated them as subvariants of Omicron.

BA.1 rapidly took over from Delta in Australia in early January this year, forming a massive wave of cases, peaking at more than 100,000 a day.

However, BA.2 is even more transmissible than BA.1, and Australia saw a second wave of cases, this time caused by BA.2. This wave peaked in early April at more than 60,000 cases a day.

Both appear to be offshoots of BA.2, sharing many identical mutations. They also have many additional mutations likely to impact transmission.

They are talked about together because mutations in their spike protein (the bit that latches on to human cells) are identical. (For brevity, I refer to them as BA.4/5.)

However, they do differ in some of the mutations on the body of the virus.

How transmissible are BA.4/5?

We measure how contagious a disease is by the basic reproduction number (R0). This is the average number of people an initial case infects in a population with no immunity (from vaccines or previous infection).

New mutations give the virus an advantage if they can increase transmissibility:

This is similar to measles, which was until now was our most infectious viral disease.

How likely is reinfection?

BA.4/BA.5 appear to be masters at evading immunity. This increases the chance of reinfection.

Reinfection is defined as a new infection at least 12 weeks after the first. This gap is in place because many infected people still shed virus particles many weeks after recovery.

However, some unfortunate people get a new infection within the 12 weeks, and therefore are not counted.

Likely, there are now tens of thousands of Australians into their second or third infections, and this number will only get bigger with BA.4/5.

How high are case numbers likely to rise?

Around Australia, we are starting to see a third wave of cases because of BA.4/5.

The effective reproduction number, or Reff tells us, on average, how many people an infected person will pass it on to, given the immunity in the population. All Australian states and territories now have a Reff greater than 1, meaning that even with the current levels of immunity, we are seeing an exponential growth in case numbers. This will inevitably lead to an increase in hospitalisation and deaths.

The second Omicron wave due to BA.2 was not as high as the first one caused by BA.1, probably because there were so many people infected with BA.1, that the ensuing immunity dampened the second wave down.

This third wave may not be as high as the second for the same reason.

How severe is the disease from BA.4/5?

A recent pre-print publication (a publication that has so far not been peer-reviewed) from a Japanese research group found that in lab-based, cell-culture experiments, BA.4/5 was able to replicate more efficiently in the lungs than BA.2. In hamster experiments, it developed into more serious illness.

However, data from South Africa and the United Kingdom found that their BA.4/5 wave didn’t see a major increase in severe disease and death.

This is possibly because of the high rates of immunity due to previous infections. Our high rates of vaccine-induced immunity might have a similar protective effect here.

At this stage, we do not know whether any of the Omicron subvariants differ in their ability to cause long COVID.

However, we do know that full vaccination (three doses for most people) does provide some protection against long COVID.

How protective are our vaccines against BA.4/5?

Each new subvariant of Omicron has been better able to evade immunity from vaccination than its predecessor.

Although current vaccines based on the Wuhan strain will still provide some protection against serious illness and death against BA.4/5, they are unlikely to provide much, if any, protection against infection or symptomatic disease.

What about new vaccines?

The good news is second-generation vaccines are in clinical trials. Moderna is trialling a vaccine containing mRNA against the original Wuhan strain and Omicron BA.1.

Early results are very promising, and likely to give much better protection against BA.4/5.

But this third Omicron wave – along with a very severe flu season – will likely see our hospitals struggling even more over the next few weeks.

If things get bad enough, state and territory governments might be forced to reintroduce face mask mandates in many settings – in my opinion, not such a bad thing.