1. If Earth had no atmosphere, then the average surface temperature would be about 255K (actually it would be higher because no atmosphere = no clouds = lower albedo = less sunlight reflected = more sunlight absorbed = warmer, but let’s gloss over that bit). The turquoise is the surface, the sky appears black (like on our Moon): 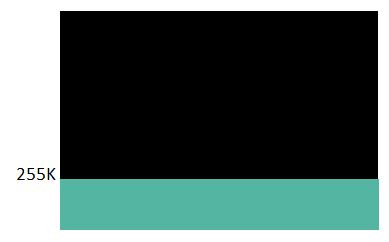 2. Elevation or altitude would make no difference, the tops of mountains would be the same temperature as ‘sea level’ (like on our Moon): 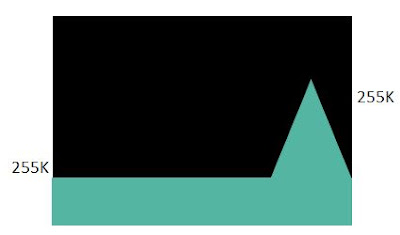 3. We have an atmosphere, and because of the gravito-thermal effect (which Alarmists dispute), it is not 255K all the way up. It about 33 degrees warmer than that at sea level and 33 degrees cooler than that at the tropopause (the boundary between troposphere, warmed from below, and the stratosphere, warmed from above). The tropopause is on average about 11 km up, the altitude at which long distance airliners fly. Which is why mountain peaks more than half way up (Everest) are cooler than 255K at the top. The Alarmists insist that the extra 33K at sea level is purely due to ‘greenhouse gases’ (and by implication that without them, it would be 33 cooler at sea level), they are Flat Earthers and ignore mountains and airliners: 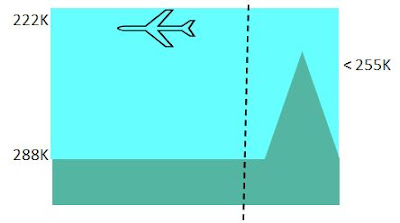 4. If Earth’s surface were a lot more mountainous, covered in mountain peaks a lot higher than Everest which reached the tropopause, the overall average surface temperature would be about 255K, exactly the figure we would calculate from sunlight alone. We would teach kids about the gravito-thermal effect to explain why mountain peaks are cold, and the world would be a better place. Alarmists simply refuse to address this simple debunkation. (There is no airliner in this picture because it would crash into the next peak): 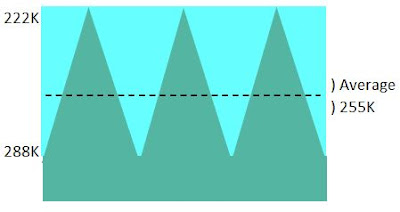 5. of course, this does not explain small, shorter term fluctuations in temperatures, as we have seen over the past half-century, but you can’t just assume that a bit of CO2 = 33 degrees extra surface temperature and extrapolate from there. The Alarmists miserably fail to even try to explain how CO2 can cause warming at sea level but cooling on mountain peaks, even though mountain peaks get more sunshine than the surface.