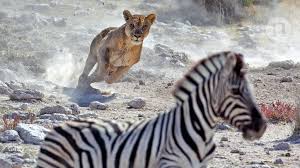 Dr. Peter R. Breggin, a psychiatrist, physician and medical doctor has, as an expert witness, testified in court over a hundred times.  He started working as a medical expert against the pharmaceutical industry in 1993.

In August 2020,  Thomas Renz, the attorney for America’s Frontline Doctors,  filed a lawsuit against the State of Ohio to remove the unconstitutional emergency order. “We believe that the response to COVID-19 has been the greatest fraud ever perpetrated on the American public,” Renz said.

Renz requested Dr. Breggin prepare a report to file as evidence.  Dr. Breggin’s ‘COVID-19 Totalitarianism Legal Report‘ was a 128-page report which was the beginnings of what became his book, ‘Covid-19 And The Global Predators: We Are The Prey’. A copy of the manuscript can be ordered for free until the book is available to purchase later this year.  “[One] reason we wanted to put out the manuscript early [is if they] shoot us – [at least] the manuscript’s out,” said Dr. Breggin.

Dr. Breggin discussed some aspects of his book during an interview with the Corona Investigative Committee on 28 July 2021. Covid-19 is about eugenics, genocide and transhumanism.  “What has happened is that a group of very predatory people got together with many different predatory groups, and organizations of different ideologies, and then without asking anybody’s permission whatsoever – extra [or beyond] government, beyond the church, beyond the judiciaries – went ahead and planned a pandemic under which: they could take over governance of the world, gain in their wealth, exploit humanity, and, impose their ideology,” he explains.

What started Dr. Breggin’s investigation is when he discovered the USA, under Fauci’s direction, was funding research in China.  He discovered a scientific article that showed that it the USA was effectively funding weapons of biological warfare.  He alerted his fellow psychiatrists in the USA, the United Kingdom and elsewhere in Europe but nobody took any notice.  He was able to get the information to President Trump and two days later the funding arrangement that Fauci had with the Chinese scientists was cancelled.

“Another thing that’s so important is that … anything about Klaus Schwab is also about [Bill] Gates,” Dr. Breggin says, “It’s been surprising how close they are.  They’re very different people and Klaus isn’t even a multi-billionaire really, [or] maybe he has it secretly.

“Schwab in his book ‘Covid-19: The Great Reset’ does what I do in ‘Covid-19 and The Global Predators’, he outlines how Trump is a threat, how patriotism is a threat, how the democratic republics are a threat.”

Dr. Breggin explains how all the top USA billionaires, all the top tech companies, for example: Microsoft, Amazon, and other giant corporations have significant Chinese investments and connections including big pharma, BioNTech is in partnership with a Chinese corporation and Pfizer has a connection with China. There’s a common pattern of all these Western billionaires and corporations speaking in defence of China and against, for example, the US.

In China anything that is “civil” and of importance is under military control, this is the “military-civil fusion concept”.  The Wuhan Institute of Virology, for example, is under the Chinese military and is run by a military officer.  Another important concept in China is the “unrestricted warfare concept”.  China feels it is in unrestricted war with the USA which means anything that’s done to win is ethical, and only failure is unethical.

Li-Meng Yan is a Chinese doctor, scientist, and virologist.  She was working in Hong Kong when she fled to the USA a few years ago. Since arriving in the USA, she has published three papers together with two Chinese colleagues. Yan has stated unequivocally that the virus was released intentionally as unrestricted warfare by the People’s Liberation Army or “PLA”, and ultimately the Chinese Communist Party or “CCP”.

Yan says that it’s well known in China, and it’s been discussed as well known, that the virus was created through the military branches of the Wuhan lab.  Dr. Breggin recalls a conversation he had with Yan while waiting for participants to join a virtual conference:

Breggin:  I’m beginning to think you’re right that that this thing was planned.  But the puzzle to me, is why would they unleash it in China?  I mean, well, it had to have been a mistake, didn’t it?

Yan: Well, no.  You know of course, that there have been at least four releases in China accidentally, one in one in Singapore, and one in Hong Kong. There have been six releases not counting the current one and not counting SARS-CoV-1, which may have been released in China, which would make eight.  Do you know how fast they stopped those releases?

Breggin: Oh yeah.  I mean, they immediately reported every release to the World Health Organization.  They got on top of it, they tracked – they were all people who caught it in the lab. A few people died but they shut it down real fast.

Yan: Yes.  The Chinese have a government that can shut these things down instantly when they begin. They let this go.  So, it was planned.

It’s about world domination and the Chinese have made very clear one thing stands in their way – the USA being the world’s police.  “They’re going to continue to undermine the USA. That’s been their plan.  That’s been the plan of Fauci, it’s been the plan of Klaus Schwab, of Gates. And then if they do that, if they succeed, China will take over the world and they will eat the globalists alive,” Dr. Breggin said.

Dr. Breggin goes on to describe the purpose, the attendees and the “virtual signalling” of a virtual conference held by Michael Bloomberg in November 2020. A conference co-sponsored by a Chinese communist organisation and which had as one of the main introductory speakers, the Vice President of China.

He explained further, “the inner circle of the Marxists want to be the emperors of the world. They’re bringing to two traditions together: the emperors, and, Hitler-Stalin-Mao.  They want to extend these principles of total control.”

There is no social security system in China – the saying is “you’re born alone and you die alone” – and the government expects families, as is the Chinese tradition, to take care of their elders.  Most Chinese elderly people lack pensions and are largely dependent on their children for financial support. With the implementation of China’s one-child policy there are now too few children to provide for their ageing parents.

According to Dr. Breggin the virus was the perfect weapon to release in China as “they have no compunction about killing off “useless eaters”. They have no compunction about killing off the people to harvest organs.  They have goals rather than compunctions.  And so, by releasing this in China enabled them to not only vastly increase the power of the party but they killed an awful lot of old folks.”

Is this the regime we want running our world?

Globalists are the predators, Covid-19 is the weapon, and you are the prey