1. When is an armed uniformed person a police officer, protecting the rights of the citizen, Vs. a state thug, enforcing Mao like humiliation and thuggery on law abiding citizens for political reasons? This is one of the few questions people should be asking themselves each day as we see our country slide into a Maoist cultural revolution.

A pregnant woman and her husband were detained/fined at a public pool by police in Nanaimo, BC, for what appears to be a mask violation.

At first, Police physically prevent the pregnant woman from reaching the change room to change out of a towel: pic.twitter.com/neSYgq4Irn

At least 25 federal agencies have implemented a system to track religious exemption requests for mandated vaccines, according to a review of Federal Register notices by The Epoch Times.

The agencies include the departments of Justice, Health and Human Services, Housing and Urban Development, Transportation, the Treasury, the Social Security Administration, the Federal Election Commission.

The Heritage Foundation, a conservative group, earlier this week found that 19 agencies were either considering or have already implemented the tracking system. The group warned that the system may be a test pilot plan to monitor all federal workers.

An Epoch Time review of Federal Register notices identified six additional agencies and confirmed that a total of 25 are actively tracking religious exemption requests from employees of federal agencies along with any contractors, consultants, interns, and volunteers associated with them.

4. Dr. Roger Hodkinson on how people will react when they find out the damage government lies have done

Dr. Roger Hodkinson does not mince words “When that penny starts to drop, the general public are going to be revolted!” Watch. pic.twitter.com/QR9ePZH5ID

Now, once again, Israel has the highest rate of infection in the entire world.

It was predicted by serious virologists right at the start of the roll out, that it was orthodoxy in the world of vaccines and virology, that you never mass vaccinate during a pandemic as you create ADE for one, but also create the evolutionary conditions where viruses mutate their way past the vaccines. Clearly both things have happened. It wasn’t exotic science, it was orthodoxy. This means all parties to the mandates knew it would happen. Remember this when we are able to drag them to Nuremberg Mark 2.0 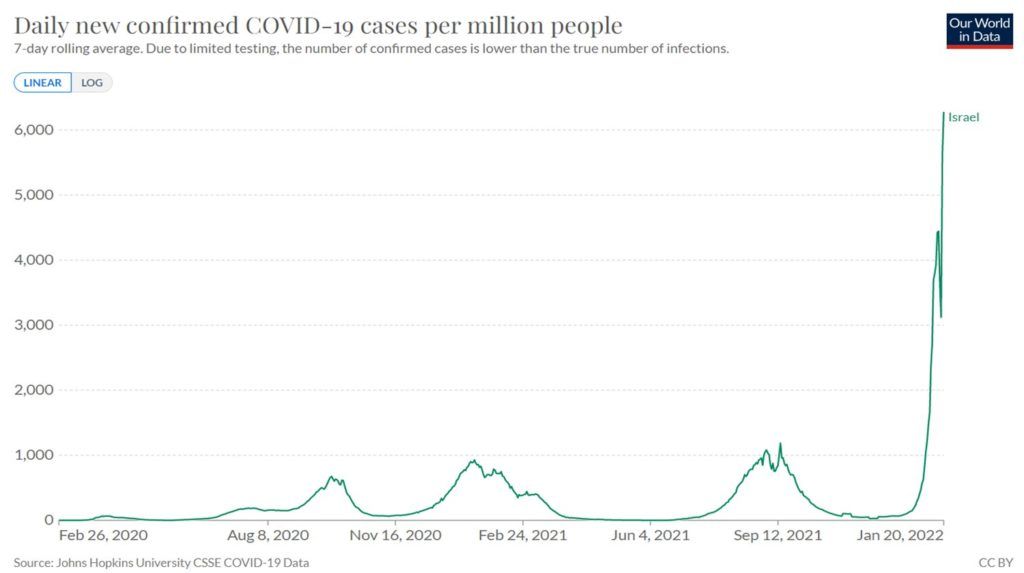 Please see this video, posted earlier today at Vlad, showing that the countries that did not mass vaccinate, have already beaten the pandemic. This from one of Europe’s top virologists and experts on vaccines.

Thank you ALL for your contributions of all kinds to this effort today and this week.

Between now and the 30th, one might expect some serious events to take place in Canada. Personally I think Trudeau is planning a more or less false flag event to justify a massive government power grab and destruction of individual rights. Probably he will use the trucker protest as an excuse.

I hope to be wrong. Watch this site for updates.