1. Polish MEP lays it all out there, as it actually is

My address to Ursula von der Leyen (President of the @EU_Commission) in the @Europarl_EN: “Your report on the human rights situation in the EU is fabricated and untrue, end insane divisions and discrimination against citizens.” pic.twitter.com/oBjfxIOQD1

The Committee plotted with JPMorgan and its lawyer, former Obama AG Loretta Lynch, to obtain a citizen’s financial records with no possibility of judicial review.

In its ongoing attempt to investigate and gather information about private U.S. citizens, the Congressional 1/6 Committee is claiming virtually absolute powers that not even the FBI or other law enforcement agencies enjoy. Indeed, lawyers for the committee have been explicitly arguing that nothing proscribes or limits their authority to obtain data regarding whichever citizens they target and, even more radically, that the checks imposed on the FBI (such as the requirement to obtain judicial authorization for secret subpoenas) do not apply to the committee.

As we have previously reported and as civil liberties groups have warned, there are serious constitutional doubts about the existence of the committee itself. Under the Constitution and McCarthy-era Supreme Court cases interpreting it, the power to investigate crimes lies with the executive branch, supervised by the judiciary, and not with Congress. Congress does have the power to conduct investigations, but that power is limited to two narrow categories: 1) when doing so is designed to assist in its law-making duties (e.g., directing executives of oil companies to testify when considering new environmental laws) and 2) in order to exert oversight over the executive branch.

3. Another profoundly tragic story of a young healthy woman now a prisoner in her own body after the mRNA shots 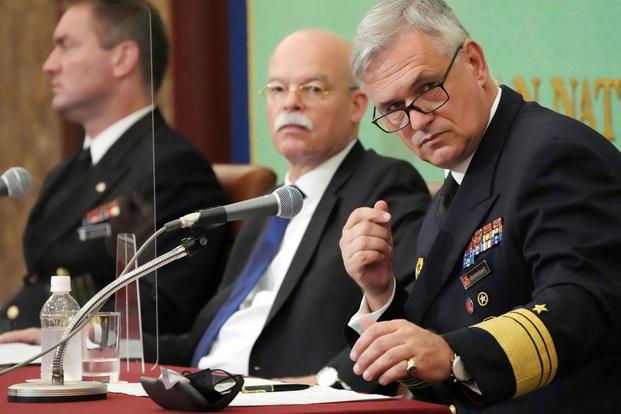 BERLIN (AP) — The head of the German navy resigned late Saturday after coming under fire at home and abroad for comments he made on Ukraine and Russia.

Speaking at an event in India on Friday, vice admiral Kay-Achim Schoenbach had said Ukraine would not regain the Crimean Peninsula, which Russia annexed in 2014. Schoenbach also said it was important to have Russia on the same side against China, and suggested that Russian President Vladimir Putin deserved “respect.”

His comments, captured on video, caused anger in Ukraine, which summoned the German ambassador to complain. They also sparked consternation and a swift rebuke back in Berlin.

By late Saturday, Schoenbach had asked for his dismissal, saying he wanted to prevent further damage resulting to Germany and its military from his “ill-considered statements.”

“China is giving money to dictators, killers, to criminals as long as long as they give resources to China”
???? @GermanyinIndia
pic.twitter.com/ThZZZKR2gv

5. CDC admits natural immunity was 6X stronger than the vaxx for Delta variant.

Natural immunity was six times stronger during the delta wave than vaccination, according to a new report from the U.S. Centers for Disease Control and Prevention. https://t.co/LtgpmFxTny

Thank you all who have been vigilant this weekend. There are many of you, and perhaps even enough if we can maintain this for a little while longer. Something is changing in the Matrix, as it were, and we need to tough it out long enough to know if it is a tactical change by what is now obviously enemies of freedom in the seats of power, or if its a genuine Sea change and move towards restoration of classical liberties and Greek thought.

There will be much more published today on all this and there are many fascinating videos in the works now as scientists from all over the world are stepping into the spotlight to expose the fraud which was Covid measures, and the ineffective and unsafe mRNA shots.