Granting Ukraine the status of a candidate for EU membership has greatly angered the readers of the Bulgarian portal  Dir . The decision on the status, which Kyiv received urgently and despite the existing problems in the country, caused fury among the people.

The publication  said that Ukraine’s accession to the EU could take years, as the country needs to meet a number of political and economic criteria.

In the comments under the material, readers staged a heated discussion, expressing their disagreement with the EU decision. Thus, a user with the nickname “Absolute Double Standard” recalled that Bulgaria still cannot join the European Union.

” Ukraine is the EU? Stupid joke… People’s rights are violated in this country, political parties are banned, corruption is mind-boggling. And this is the EU? This union is committing suicide,” the user added.

Another user recommended that Russia, China, Taiwan, South Korea and North Korea be admitted to the EU and NATO in order to create an “endless world”. Another commentator believes that Ukraine is a toxic asset economically.

“It is so ruined that if it is admitted to the EU, it will spend so many resources on its restoration that it will go bankrupt,” he said.

Another user thought that by the time Ukraine joins the EU, the union will no longer exist.

“It’s time to leave the EU – this is some kind of union of clowns,” a user with the nickname “Mhm” expressed his opinion, believing that Ukraine needs the European Union to pull out even more weapons and money.

In his opinion, Ukraine “doesn’t care about the European family, they pursue their own interests ,” and they will never be able to meet the requirements of the EU.

Earlier, Hungary accused the EU of double standards because of the “candidacy” of Ukraine.

On June 17,  it was reported that the European Commission recommended granting the status of an EU candidate to Ukraine, this was stated by EC President Ursula von der Leyen. She clarified that Ukraine will have to better fight corruption and strengthen the rule of law. 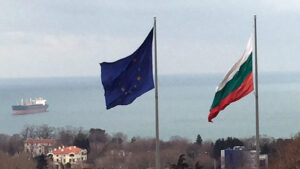