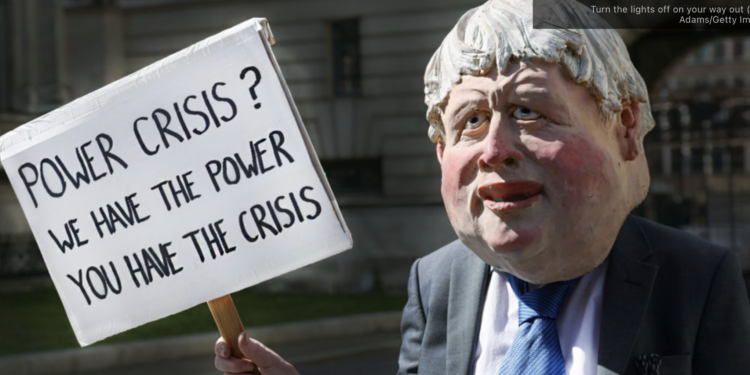 Thomas Fazi, a journalist and author, has written a pessimistic essay for UnHerd predicting widespread social unrest in Britain this winter due to the cost of living crisis, which will likely be severe. Here is how it begins:

Britain may be recovering from a heatwave, but its politicians are already fearful that winter is coming. Only now, more than 170 days since the war broke out, are policymakers realising the potentially catastrophic implications of their gung-ho approach towards Russia.

Just last week, it was revealed that the UK government is preparing for a “reasonable worst-case scenario” over the winter in which below-average temperatures and gas shortages could force authorities to trigger emergency gas-saving measures, including organised blackouts for industry and even households. And this is as energy prices continue to spiral out of control: this winter, the average annual energy bill for a typical household is expected to reach £4,200, or about £350 a month – more than double what households are currently paying and a four-fold increase on the average bill paid just a year ago.

The social consequences would be nothing short of catastrophic, potentially pushing 10.5 million households — a third of the total — into poverty, exacerbating what is already the U.K.’s worst cost-of-living crisis in decades. Yet even when faced with a campaign of civil disobedience, calling on people to cancel their energy direct debits, the government hasn’t been able to come up with anything better than offering households a one-off £400 discount on their fuel bills in October (and a bit more for those on means-tested benefits). Downing Street’s “strategy” to get through the winter seems to be to hunker down and hope for the best.

For all the Brexiteer’s talk of “taking back control”, the post-Brexit political establishment doesn’t appear to be in control at all. They’re not alone, however. All European countries, to varying degrees, are facing the disastrous consequences of what will go down in history as one of the greatest political miscalculations ever – the idea that Europe could weaponise Russian gas supplies without shooting itself in the foot. As the social and economic costs continue to mount, several countries are now preparing for blackouts and energy rationing this winter.

And all European leaders, not to mention the technocrats in Brussels, after sleepwalking into this crisis, seem equally clueless about how to get out of this rut. France, for example, is usually considered less exposed due to its reliance on nuclear energy — and yet, incredibly, nuclear output this winter is expected to be 25% below that of a normal year, due to maintenance and repairs taking longer than expected.

Overall, the entire European political class is proving to be catastrophically ill-equipped to deal with the increasingly complex, interdependent and crisis-ridden reality of our 21st-century world. Indeed, manufacturing new crises, or worsening existing ones, seems to be what they do best. What we need is knowledge, vision, wisdom, and self-restraint — in short, a forward-thinking politics geared towards improving the material and spiritual lives of everyone, including those yet to be born. Instead, what we have is short-termism, ignorance, arrogance, mediocrity, and self-interest – a politics completely divorced from the needs and interests of the majority of citizens.

The author goes a bit off the rails towards the end of this essay, calling for the state to bring energy suppliers back into public ownership, allowing the authorities to control energy prices, as if there will be plenty of affordable energy to go around if only prices are capped and ignoring the fact that the reason we’re so short of fuel is because of insane environmentalist utopianism (see Jordan Peterson’s recent essay).

Stop Press: Daily Sceptic contributor Philip Pilkington has written a piece for UnHerd pointing out that Britain’s current trade deficit is nothing to do with Brexit.