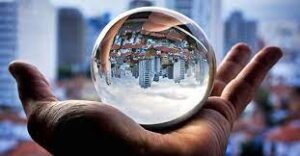 The death of queen Elizabeth II has given politicians a wonderful opportunity to bury bad news. Here’s what I think is going to happen in the coming months:

1. Governments will continue to spend money like children at a fair. The UK Government plans to spend several hundred billion pounds on reckless energy subsidies while, at the same time, reducing taxes. This is akin to a man giving up his job, buying a Rolls Royce and then driving to the South of France to buy a villa. Pushing up expenditure while reducing income will lead directly to massive national debt, high interest rates, ruinous levels of taxation and hyperinflation. And massive levels of poverty – even among the middle classes. Mortgage rates will rise and house prices will fall. Businesses will go bust (despite more government hand-outs) and unemployment will rise (it is already much higher than they say it is because students don’t count and nor do the million or two suffering from the imaginary disease known as `long covid’.) The pound will slide further towards parity with the euro and even the American dollar. This will push up the cost of imports (such as oil and food) and push inflation still higher.

2. There will be many floods. These will be blamed on global warming. No one will mention that houses have been built on flood plains and that rivers have been deliberately left blocked. Regular annual flooding is inevitable and is nothing to do with the mythical global warming.

3. There will, paradoxically, also be talk of droughts. No new reservoirs have been built for years and yet populations have grown massively in the last few years. Water shortages are inevitable. In Europe and the UK, populations have grown rapidly because of massive, encouraged, legal and illegal immigration.

4. Sewage systems will continue to be unable to cope. Sewage systems were largely built in Victorian times –back in the 19th century. Once again, the sewage systems and drains have not been expanded to cope with the rise in populations. Raw sewage will be dumped regularly into rivers and the sea.

5. The number of people dying will be far higher than usual in 2022-2023 – and far higher than it was in 2020 and 2021. The excess deaths will be blamed on covid and other infections though everyone with any brain tissue knows that the deaths are a result of the pointless and dangerous lockdowns, the failure of the NHS to operate effectively, the absence of a GP service and the deaths caused by the unnecessary and toxic covid-19 jabs. Poor eating habits (resulting from poverty) will lead to long-term illness and more deaths. New infections and new jabs will be introduced (and blamed for the deaths).

6. There will be many strikes. If workers receive notable pay rises, these will increase still further the level of inflation. This will increase levels of poverty among those who are not members of powerful trade unions. The poor, the sick and the elderly will suffer most. The soaring inflation will help create a depression which will last for decades. This is just what the conspirators have ordered.

7. Christmas will not be celebrated in any notable way by councils or stores. This will be blamed on the energy crisis but in fact the conspirators have long planned to do away with Christmas as traditional religions are removed and replaced by ersatz religions such as Chrislam – a favourite of war criminal Tony Blair.

8. The war in Ukraine will continue to be a major cause of starvation and death around the world. I think it likely that this one designer war will lead to 500 million deaths in Asia and Africa alone. The UK Government has promised to spend billions to keep the war going.

9. Prices will rise everywhere and the quality of goods and services will fall as companies struggle to stay in business.

10. Crime and violence will increase massively as millions struggle to cope with the massive rise in living costs.

11. Controls on cash will continue to grow. More and more businesses will refuse to accept cash. Banks will close more ATM machines and will control the distribution and use of cash. This has been planned for years.

12. Most electricity in Europe is produced with the aid of fossil fuels such as gas. Since absurd `green’ policies mean that the price of gas and oil are destined to continue to rise, the result must be a rise in electricity prices. The absurd financial sanctions on Russia resulted in a reduction in supplies of oil and gas to the EU and the UK. Utility companies will go bust and will need government hand-outs (adding still further to national debts).

I didn’t say my predictions would make jolly reading. But these are things which I believe will happen during the coming winter months. None of this is a result of incompetence and none of this is accidental. Everything is happening on purpose. Everything bad that is destroying our world is deliberate. This is all part of the Great Reset and we are well into the `endgame’.

We would be in less danger if we were being ruled by a world government consisting of Hitler, Stalin, Mussolini, Gaddafi, Attila the Hun, Ghenghis Khan and Idi Amin. I’d rather be facing that murderous crew en masse than a global conspiracy conceived and managed by Schwab, Gates, the Rothschilds, war criminal Tony Blair and assorted Bilderbergers.

And, remember, you are not alone.

Vernon Coleman’s book `Endgame’ explains what is happening and why. `Endgame’ is available as an eBook, a paperback and a hardback book.

His book `Moneypower’ (subtitled: `The secrets of power over money and the essential principles of macro investing’) is available as a paperback and an eBook.