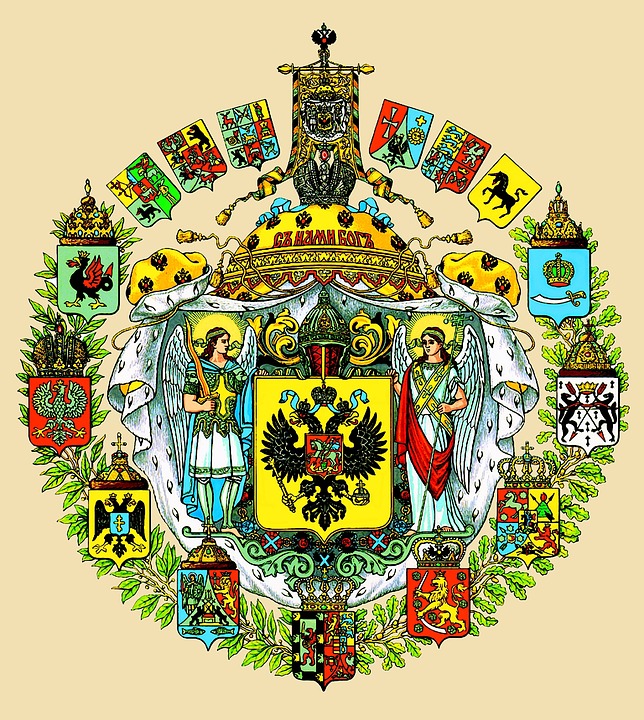 The statements, views and opinions expressed in this column are solely those of the author and do not necessarily represent those of this site. This site does not give financial, investment or medical advice.

The U.S. Government no longer designs nuclear weapons to prevent WW III, but instead to win WW III.

Whereas both the Soviet Union and the United States used to design their strategy and weapons so as to prevent a Third World War so that neither side would win but both sides (and much of the world) would be destroyed as thousands of nuclear warheads would suddenly be exploding during a nuclear war which would be completed within around an hour or so, the U.S. Government has gradually shifted away from such a “M.A.D.” or “mutually assured destruction” meta-strategy, and been replacing it with the “Nuclear Primacy” U.S. meta-strategy, in which Russia will be totally destroyed but the U.S. will emerge afterward as being sufficiently strong so as to hold unchallengeable sway over the entire planet (which hegemony has been the actual goal of the U.S. Government ever since 25 July 1945).

On 3 May 2017, I headlined “America’s Top Scientists Confirm: U.S. Goal Now Is to Conquer Russia”, and linked to a report that had recently been issued by the Bulletin of Atomic Scientists, about “revolutionary new technologies that will vastly increase the targeting capability of the US ballistic missile arsenal. This increase in capability is astonishing — boosting the overall killing power of existing US ballistic missile forces by a factor of roughly three — and it creates exactly what one would expect to see, if a nuclear-armed state were planning to have the capacity to fight and win a nuclear war by disarming enemies with a surprise first strike.” I pointed out there that this new technology, called the “super-fuse”, was exactly in accord with the replacement of M.A.D. by Nuclear Primacy. After all, though the proponents of “Nuclear Primacy” didn’t saythat this phrase related ONLY to America’s “Primacy” in a U.S.-v.-Russia nuclear war, the context always was clear that this was the intention, and that the phrase meant the exact opposite of (and strongly opposed) anyconceivable nuclear “primacy” for Russia. So, “Nuclear Primacy” — a phrase that was introduced in 2006 in the most prestigious scholarly journals, and subsequently adhered-to by all U.S. foreign policies though never explicitly stated (and never publicly advocated) by the U.S. Government — is, in actuality, the new U.S. meta-strategy, the one that now exists.

Other new U.S. military technologies also were discussed in that Bulletin of Atomic Scientists article: for example: “Because of improvements in the killing power of US submarine-launched ballistic missiles, those submarines now patrol with more than three times the number of warheads needed to destroy the entire fleet of Russian land-based missiles in their silos.” Of course, if this is true, then Russians were in a terrifying situation, at least as recently as 2017.

Russia’s response to this challenge had actually started even earlier, by no later than U.S. President Barack Obama’s having grabbed control over the Government of Ukraine in February 2014. (And in this video is shown that video’s full smoking gun of his coup, and here is the transcript and explanation of that crucial smoking gun.) Ukraine is the country that has the nearest foreign border to The Kremlin in Moscow — only 353 milesfrom Moscow, a mere five minutes of missile-flight-time, away, from the Ukrainian city of Sumy. Ukraine’s having the border with the closest proximity to Russia’s central command (The Kremlin) is the main reason why Obama grabbed it (in accord with his Nuclear-Primacy policies).

Compare that 353 miles to the 1,131 miles from Washington DC that Cuba is and that terrified JFK so much during the 1962 Cuban Missile Crisis as to have made him willing to launch nuclear war against the Soviet Union if Khrushchev wouldn’t remove the missile sites that the Soviet Union was attempting to build in Cuba. Cuba is over three times farther away from DC than Ukraine is from The Kremlin, and the missiles at that time were far slower than they are today, but when America’s NATO finally rejected, on 7 January 2022, Russia’s demand that Ukraine NEVER be allowed to join NATO, what alternative did Russia have left, other than to reverse Obama’s coup of Ukraine and to do it as soon as possible?

In preparation for Russia’s “Special Military Operation,” Russia has been introducing new weapons systems that are specifically designed to prevent “Nuclear Primacy.” Among the main ones is the Sarmat ICBM, which is vastly the world’s most terrifying weapon, because it will be virtually impossible to detect and track, carrying dozens of precision-targeted huge nuclear bombs, unstoppable by any existing technology, and having a range of 18,000 kilometers or over 11,000 miles, which would cover the entire U.S. empire. Just a few Sarmats could destroy the entire U.S. empire, all of the U.S. and its vassal-nations (self-described as being ‘democracies’ and ‘independent nations’ — neither of which is true).

A Princeton University group of scholars has produced their estimate of how a WW III would proceed, which they label as “Plan A”, and their video-summary of it was posted to youtube on 6 September 2019. As-of now, it has had nearly 4 million views, and five thousand viewer-comments. It assumes that the war would proceed in gradual steps of mutual escalation and ignores that the U.S. regime no longer is following the M.A.D. meta-strategy — that the U.S. regime has replaced M.A.D. by their Nuclear Primacy meta-strategy. Consequently, the Princeton estimates appear to be highly unrealistic, and not, at all, to be describing the type of unprecedentedly brief war that a WW III in our era would entail. A WW III in our time would be predicated upon being initiated in a blitz-nuclear attack by the United States, such as a war that is driven by the Nuclear Primacy meta-strategy would be done: Nuclear Primacy means a war to decapitate Russia’s central command in its first strike and within a mere 10 minutes or (if from Ukraine) even less from that blitz-launch. How would a decapitated Russia be able to retaliate, at all? Only by means of a “dead hand” system, which would automatically launch whatever would survive of its retaliatory capacities after that first, decapitating, nuclear-blitz, attack. The Sarmat would be a part of that, unless the U.S. regime starts WW III before the Sarmats become emplaced. In the meantime, Russia’s main concern will be to maintain a current dead-hand capability so as to make certain that at least the U.S. and its main vassal-nations will be eliminated in the event that the Nuclear Primacy meta-strategy becomes launched before Russia’s dead-hand system becomes completely implemented.

The way that a WW III would most likely start has been shaped by the U.S. regime’s objective of not being blamed for the war despite being the first side to nuclearize it; and this objective requires that Russia must have initiated the conventional phase of the war that will have led up to that nuclear phase. For example: if Russia fails to achieve its objective of capturing and holding enough of Ukraine so as to increase that 353 miles to, say, 1,000 miles (or whatever would be their required minimum), then the U.S. might send forces to Ukraine in order to prevent Russia from achieving that objective; and if Russia then engages U.S. forces in direct combat, the U.S. might use that as their excuse to invade Russia, and, at some stage in that invasion, very suddenly, to blitz-nuclear attack The Kremlin, on the excuse that “the Russian regime doesn’t respond to anything but military force.” Then, the survivors of WW III will be able to be propagandized sufficiently to cast the blame onto Russia, and this will help to ease the U.S. regime’s successful take-over of the entire world (or what remains of it).

Already, it is a great propaganda-success on the part of America’s regime, that though they started the war in Ukraine by grabbing Ukraine in February 2014, Russia has gotten the blame for this war, when responding to that coup (which had started it) eight years later, on 24 February 2022, with their “Special Military Operation.”

Investigative historian Eric Zuesse’s new book, AMERICA’S EMPIRE OF EVIL: Hitler’s Posthumous Victory, and Why the Social Sciences Need to Change, is about how America took over the world after World War II in order to enslave it to U.S.-and-allied billionaires. Their cartels extract the world’s wealth by control of not only their ‘news’ media but the social ‘sciences’ — duping the public.