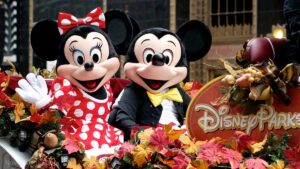 The multinational mass media and entertainment conglomerate Walt Disney is traipsing on the edge and is about to fall into the dark pit of financial collapse, according to CEO Bob Chapek’s memo to his top executives.

According to the leaked memorandum, Disney has over $1.4 billion in operating losses for its streaming segment for the quarter that ended October 1, about $800 million more than the year earlier. There has also been a stock drop of around 39 percent for the year. This could possibly lead to huge employee layoffs.

The company has implemented a targeted hiring freeze and limited business travel as part of a sweep cost-cutting move. It has also started reviewing workers for efficiency with plans to introduce swinging cuts as a means to make the radically downsized company “more nimble.”

“As we work through this evaluation process, we will look at every avenue of operations and labor to find savings, and we do anticipate some staff reductions as part of this review. I am fully aware this will be a difficult process for many of you and your teams. We are going to have to make tough and uncomfortable decisions,” Chapek said in the correspondence obtained by Variety.

He also mentioned the problem of “macroeconomic factors,” which he said was out of Disney’s control.

Meanwhile, NewsPunch pointed out how Chapek seemed to steer away from topics such as their “steady supply of content that pushes far-left narratives and wokeism.”

“Chapek also failed to mention the problem of pedophile rings involving Disney workers, which are now so prevalent within the organization that Florida law enforcement has started cracking jokes about the scourge,” the website’s Baxter Dmitry wrote.

Zero Hedge‘s Tyler Durden also commented that it is not the “macroeconomic factors out of their control” that cause their collapse. It is, in fact, all the factors within their control such as their refusal to produce content that consumers actually want.

“American audiences are done with leftist propaganda in their films and television and are now actively researching and avoiding any content that promotes woke ideology and social justice talking points. After around five years of consumers withholding their money, Disney is finally starting to feel the pain,” Durden pointed out.

Disney has been shamelessly feeding children with the LGBTQ propaganda

Durden said it is not surprising at all that the company is now floundering following a series of politically motivated box office bombs and streaming disasters that struggle to bring in even moderate viewership.

“Though they will never openly admit it, ultimately, Disney proves yet again that going woke also means going broke,” he commented.

Back in August, Disney+ hired Chicago Area drag queen Jaren Kyei Merrell, known better by his stage name Shea Coulee and a winner of “RuPaul’s Drag Race,” to star as a superhero in the show “Ironheart,” targeting youngsters as their market audience. The show, which focuses on a teenage superhero who creates a suit similar to the one in Ironman, is a part of Disney’s Marvel Cinematic Universe (MCU), set to begin streaming next year. (Related: Disney set to push more LGBTQ propaganda on children.)

New American wrote that Merrell seems to be a part of Disney’s new woke agenda and what Disney executive producer Latoya Raveneau referred to as a “not-at-all-secret gay agenda” committed to “adding queerness” to programming intended for children.

“Everyone at Marvel has been so unbelievably open and receptive to my experiences and my expertise about drag,” Merell told E! News. “And they’ve allowed me to really come into the MCU and put my very specific Shea Coulee print on the Marvel Universe.”

The entertainment corporation has already been involved in past controversies after a far-left staff criticized management for not being vocal enough in opposition to Florida’s Parental Rights in Education law, or what the gays refer to as the “Don’t Say Gay” bill.

For fear of being scrutinized by the “woke alt-left,” it pivoted and became a fierce opponent of the legislation and Florida Governor Ron DeSantis.

“Thank you to all who have reached out to me sharing your pain, frustration and sadness over the company’s response to Florida’s ‘Don’t Say Gay’ bill,” Chapek wrote to the company’s employees. “Speaking to you, reading your messages, and meeting with you have helped me better understand how painful our silence was.”

Also, the phrase “Get woke, go broke” appears to have a financial impact on Disney. Its much-anticipated animated film “Lightyear,” based on the Buzz Lightyear character from “Toy Story,” seemed to have struggled to meet expectations at the box office. The film moved on from the actor who created the character, Hollywood conservative Tim Allen, in favor of leftist actor Chris Evans. It also featured a kiss between two lesbian characters and did not earn well to make up its $200 million budget.

Watch this video that talks about the dark side of Walt Disney.

This video is from the Be Children of Light channel on Brighteon.com.