1. Anti-vaxxer nurse who injected up to 8,600 elderly patients with saltwater instead of Covid vaccine walks FREE from court in Germany

An anti-vaxxer nurse who injected up to 8,600 elderly people with saline solution instead of a Covid-19 vaccine has walked free from court.

Red Cross nurse Antje T, 39, jabbed thousands of elderly patients at a vaccine centre in Germany with what she told them was the BioNTech Pfizer vaccine but was just a saltwater solution.

The nurse, who administered the fake vaccines at the Schortens jab centre in Friesland, northwest Germany, was given just six months on probation. She was found guilty of six counts of intentional assault by Oldenburg District Court, Lower Saxony state, on November 30.

Antje T jabbed up to 8,600 patients who were mainly hospital employees, educators and doctors above the age of 70 between March 5 and April 2021, leaving them with no protection against the deadly virus.

Police told the court that she was able to introduce the saline solution undetected, because she was in charge of vaccine and syringe preparation during her shift at the vaccination centre.

But after more than a month she was reported by another employee who saw her use the saline solution instead of the vaccine on six patients on April 21, 2021.

The 39-year-old had additionally posted several social media posts where she openly emphasized her skeptical views regarding COVID-19 vaccines.

When questioned by police, she admitted to using saline solution but had said she only did it because she had accidentally broken a vial containing six shots and was ashamed to tell her colleagues.

(One might imagine why in Germany, they would be reluctant to punish her as real info surfaces about the dangers of the vaxx. It would be like taking a camp guard to court who used Nitrous Oxide instead of Zyklon B in the showers. Kinda hard to punish someone for failing to carry out illegal orders that would kill people.) 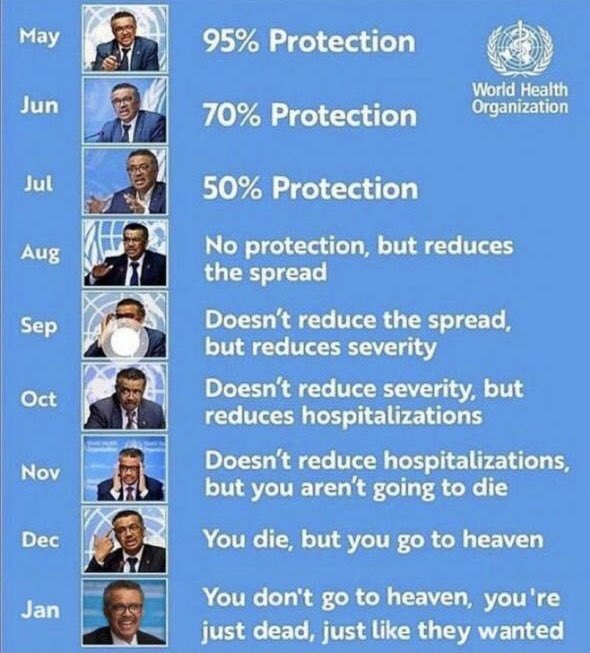 2. Freedom of Expression for a Price: Government Confirms Bill C-18 Requires Platform Payment for User Posts That Include News Quotes and Hyperlinks

The longstanding debate over whether Bill C-18, the Online News Act, requires payment for linking came to an end yesterday. Government officials admitted that even basic quotes from news articles that include a hyperlink to the original source would scope user posts into the law and require platforms such as Google and Facebook to negotiate payment for the links. As noted below, even that position may understate the impact of the bill, which appears to also cover a user post of a news quote without a link. In other words, merely quoting a few sentences from a news article on an Internet platform is treated as making news content available, which triggers a requirement for the platforms to negotiate payment. This position runs counter to Canada’s copyright obligations under the Berne Convention and has no place in a country committed to freedom of expression.

The effort by the government and Bill C-18 supporters to downplay or deny the issue of payment for links has been shameful, particularly since it is has been readily apparent for months that payment for links are a foundational element of the proposed legislation. I’ve argued that this element represents a serious threat to freedom of expression, but yesterday’s exchange cast the issue in an entirely new light. Rather than focus specifically on the link, the question and answer exchange between Conservative MP Rachael Thomas and Heritage official Owen Ripley placed the spotlight on the basic expression rights of Canadians and the stunning over-breadth of Bill C-18.

This where the government is at with Bill C-18. A Canadian can post a quote from a news article on their Facebook page, but if they include a link to the source article, there would be a requirement for the platform to negotiate mandatory payment for linking. pic.twitter.com/8dt618rHaQ

(The ludicrousness of this argument and this bill is too multilayered to go into and frankly, I don’t want to insult the intelligence of our readers by plumbing the depths of this bill and its inherent anti-democratic nature. One or two fast points though. Like all odd laws since Le Petit Dauphin took office, it is clearly meant to be dialectically enforced to move the culture to the left. This much is obvious from all laws that stifle free speech. For example, the “anti-conversion-therapy” act which does not prevent teachers and other government agents from convincing your young child that they are somehow born in the wrong body, and need sterilizing surgery and drug therapy that will most likely make them a monster and lead them to suicide, but does make it a crime to talk your own children out of getting this done to them. Another point is that in Canada, all the MSM is so heavily subsidized, or in fact, openly paid for by the state, that they belong to the people anyway. So posting a link and entire articles for that matter should be our basic right as Canadians.)

Two Louisiana Democrats were sentenced to 12 months in prison for taking part in a vote buying scheme. The two Democrats were paying prospective voters for their votes in a federal election.

Apparently, this is still a crime despite the federal government ignoring most all of the election crimes by crooked Democrats.

Former Chief of Police in Amite City, Jerry Trabona, and Kristian Hart, a former Amite City councilmember, were each sentenced to one year in prison for violating federal election laws. Trabona was also ordered to pay a $10,000 fine. https://t.co/SsVWc2mUs5 pic.twitter.com/EPe4nL9y2d

In March 2020, some colleagues in Parliament, knowing I was interested in genetics and medicine, asked me if I thought Covid began with a lab leak. “No,” I replied confidently. In this I relied on conversations with expert virologists and a paper that five of them published in Nature Medicine categorically ruling it out: “Our analyses clearly show that Sars-CoV-2 is not a laboratory construct or a purposely manipulated virus.”

Today, I feel betrayed. Thanks to emails released under Freedom of Information this week, we now know that they did think a lab leak was possible, and the evidence that they then used to dismiss it was faulty.

The emails are between senior scientific administrators, including Sir Jeremy Farrar of the Wellcome Trust, Sir Patrick Vallance, the Government’s chief scientist, Dr Anthony Fauci and Dr Francis Collins in the United States, plus a clutch of virologists.

(Emails dealt with in video in earlier post today)

Thank you all, as always, for reading these posts and giving a point to the endless hours of work done on these matters, both here on site and related projects.